A Chevrolet Corvette Facebook fan page member recently posted video of an incident that could have ended in disaster. John, a mid-engine Chevrolet Corvette owner, narrowly avoided a substantial collision with two motorcycles while out for a drive on a twisting two-lane country road. Footage of the incident was captured on the 2020 Corvette Performance Data Recorder (PDR), showing how it happened.

Looking over the PDR video, we see the 2020 Corvette out for a spirited drive. The conditions are dry and sunny – pretty much perfect. Music plays in the background.

After cresting a blind hill, the two motorcycles come into frame. Both are clearly riding outside their lane. The 2020 Corvette manages to swerve to the right, narrowly missing the biker in front. However, it appears as though the rider’s foot peg clips the 2020 Corvette “boomerang” side intake, creating an audible crunch. The 2020 Corvette lurches sideways for a moment, then slows down.

According to John, he turned back to see if the motorcyclists were okay, but both had left the scene. After tracking them down at their house down the road, their stories didn’t line up, so the police were notified.

John says that the bikers claimed they weren’t over the line. However, thanks to the 2020 Corvette PDR, the evidence seems pretty clear. 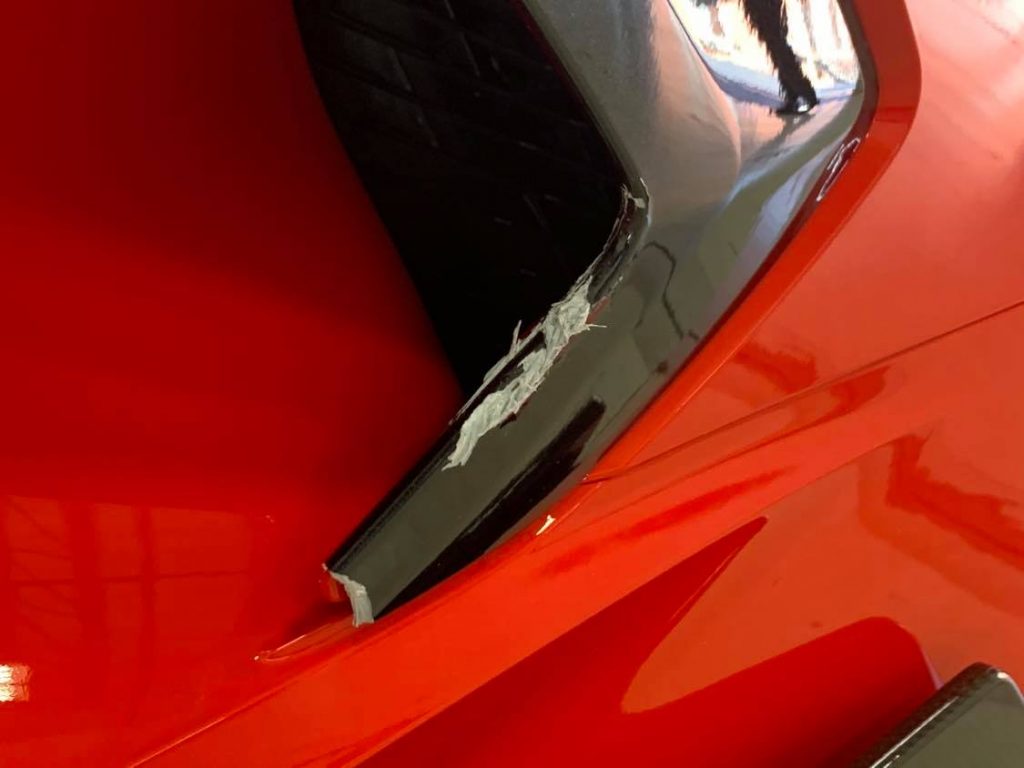 Luckily, no one was injured. However, the 2020 Corvette did suffer some damage with a cracked side intake. The Vette’s front carbon fiber splitter was also damaged when the car momentarily left the road. Unfortunately, a replacement splitter is no longer available due to overwhelming customer demand, but there are still aftermarket replacements.

However, as John points out, it’s just a car, and we’re happy everyone is okay. Stay safe out there folks. 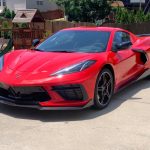 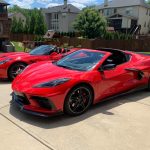 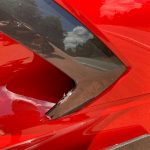 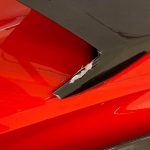 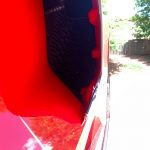 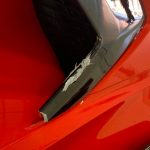 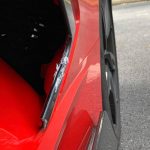 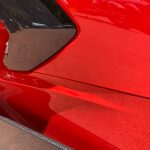 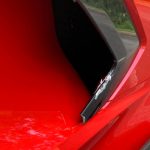 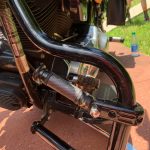 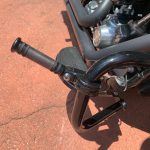 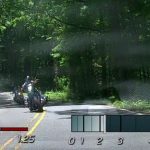 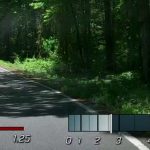