The result of the 2004 Daytona 500 is one of the most memorable in General Motors racing history. The race was won by Dale Earnhardt Jr. exactly six years to the day that his dad, the late Dale Earnhardt Sr., won his first and only Daytona 500. The victory also came three years after the senior Earnhardt, who was NASCAR’s most popular driver, lost his life in a crash at the superspeedway.

Now Chevrolet fans can have the ultimate memento from that historic day in NASCAR lore:  the pace car from the race. Mecum will sell off a 2004 Chevrolet Corvette Daytona 500 pace car at its auction of the Eddie Vannoy Collection later this month, and it’s not some mass-produced replica like many pace car edition vehicles are. This is the actual car that led the field to green for the Great American Race in 2004 and, better yet, it has essentially been left completely untouched from that day.

According to Mecum, this car has been kept in a temperature-controlled garage for most of its life. It still features the original Millenium Yellow paint and Daytona 500 decals, along with the special fiberglass housing that was custom-made by Chevrolet to house the track lights. Its 5.7L LS1 V8 engine and automatic transmission have accumulated just 401 miles since it was built, and the body and interior are described as being in “excellent showroom condition.” While three Corvette pace cars were built for the 2004 Daytona 500, this is one of only two left in existence. 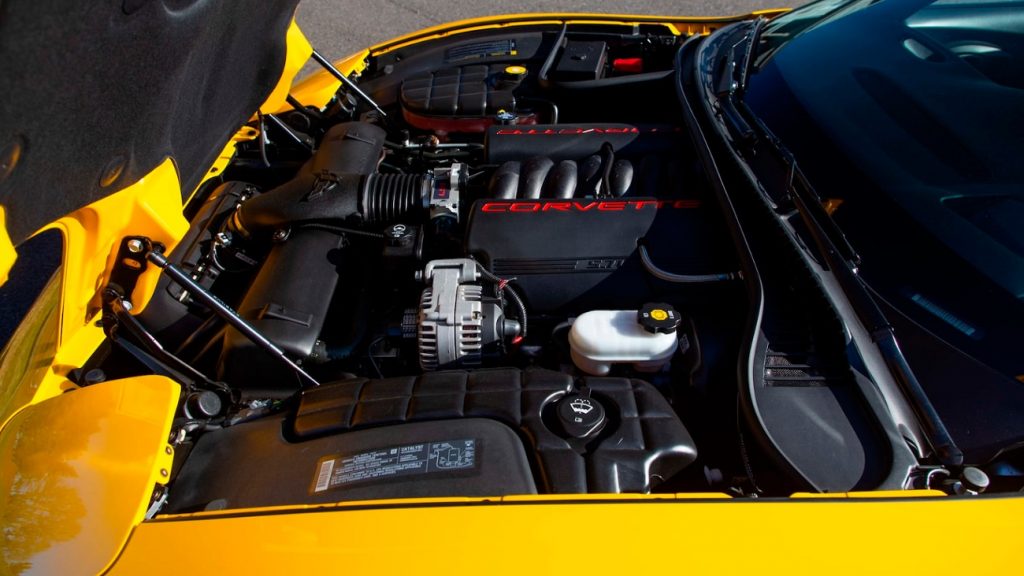 For the Dale Earnhardt or Dale Earnhardt Jr. fan, there is perhaps no better piece of memorabilia than this, except maybe having one of their race-winning cars. Those don’t come up for sale very often, however, whereas this car will cross the auction block later this month. Mecum did not provide an estimate as to what it may sell for, but interested parties can check out the listing at this link for more info and photos.