The Chevrolet Camaro has been a fixture at the Indy 500 for decades, assuming pace car duties at the world-famous motorsport event on several occasions, dating all the way back to the late ‘60s. For example, in 1993, the all-new fourth-generation Camaro was once again enlisted to lead the pack at Indy, making its appearance as the Indy 500 pace car for the fourth time. To celebrate, Chevy produced a limited number of special-edition Camaro models, one of which is now listed for sale by Gateway Classic Cars. 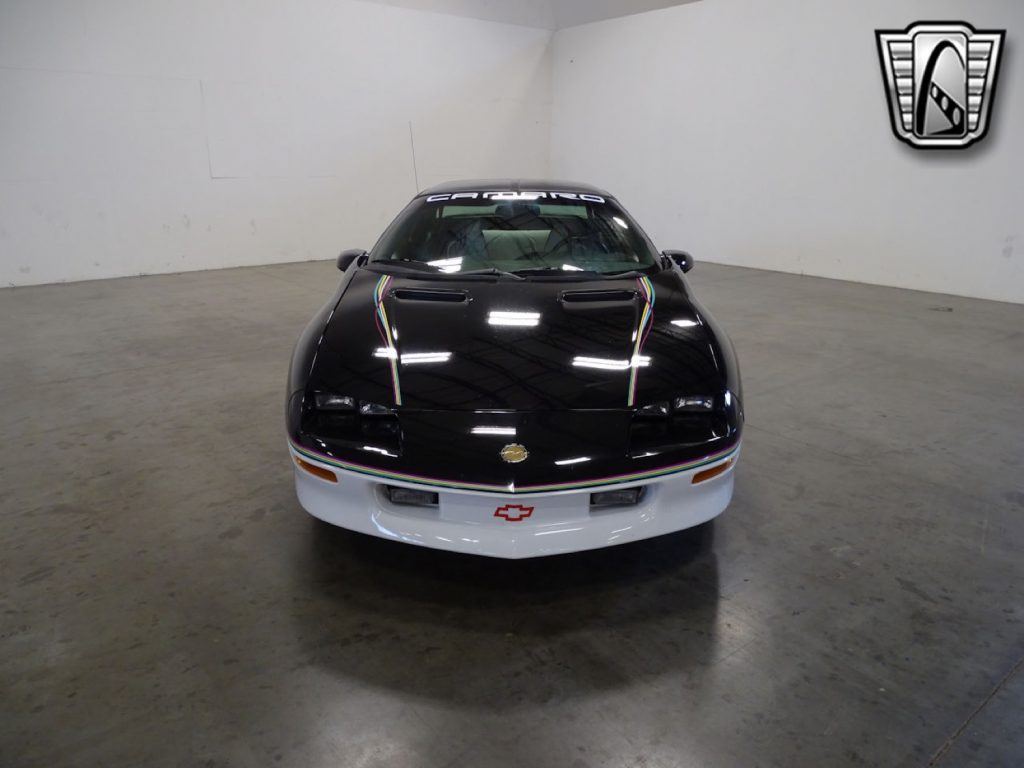 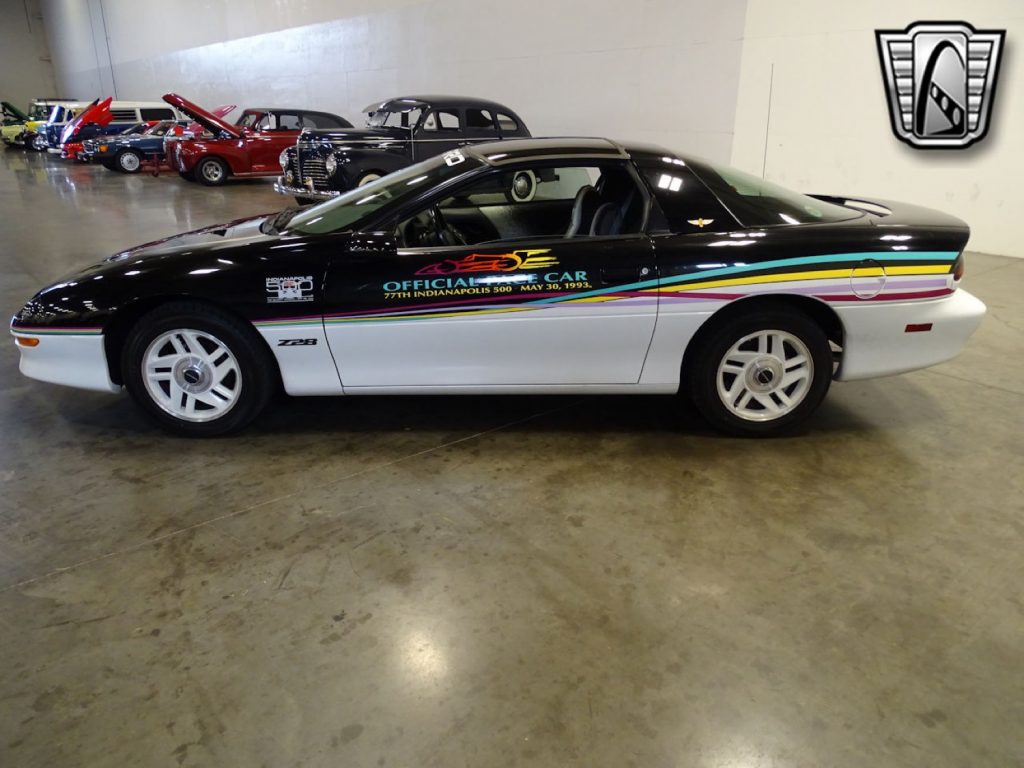 Outside, this 1993 Chevrolet Camaro bears a special two-tone paint job, which mixes white lower panels with black panels up top. Offsetting the two-tone paint are bright multi-colored graphics, which proudly display the two-door’s official Indy 500 pace car status. There’s also prominent Camaro lettering for the windshield. The corners get a classic set of aluminum alloy wheels with a white finish that matches the lower half of the body. 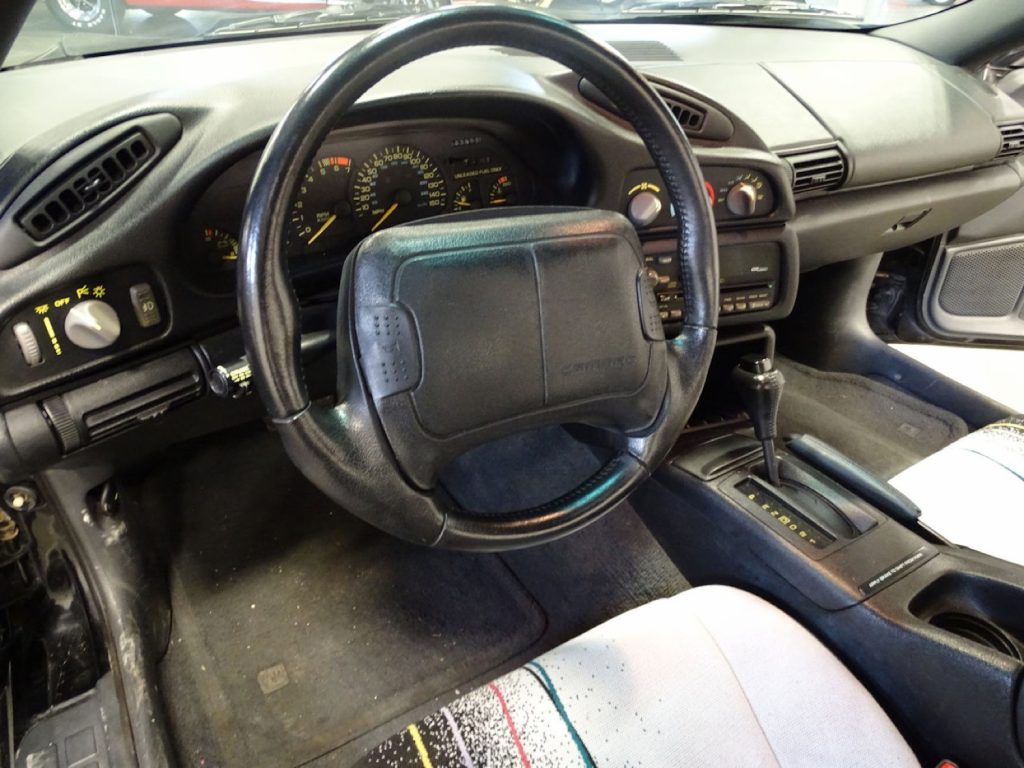 Moving inside, we find upholstery that screams ‘90s, matching the exterior with two-tone black-and-white coloring and multi-colored swirl designs running longitudinally down the seats.

Providing motivation is a 5.7L V8 engine, which produces 275 horsepower. Output is routed rearwards through a four-speed automatic transmission. 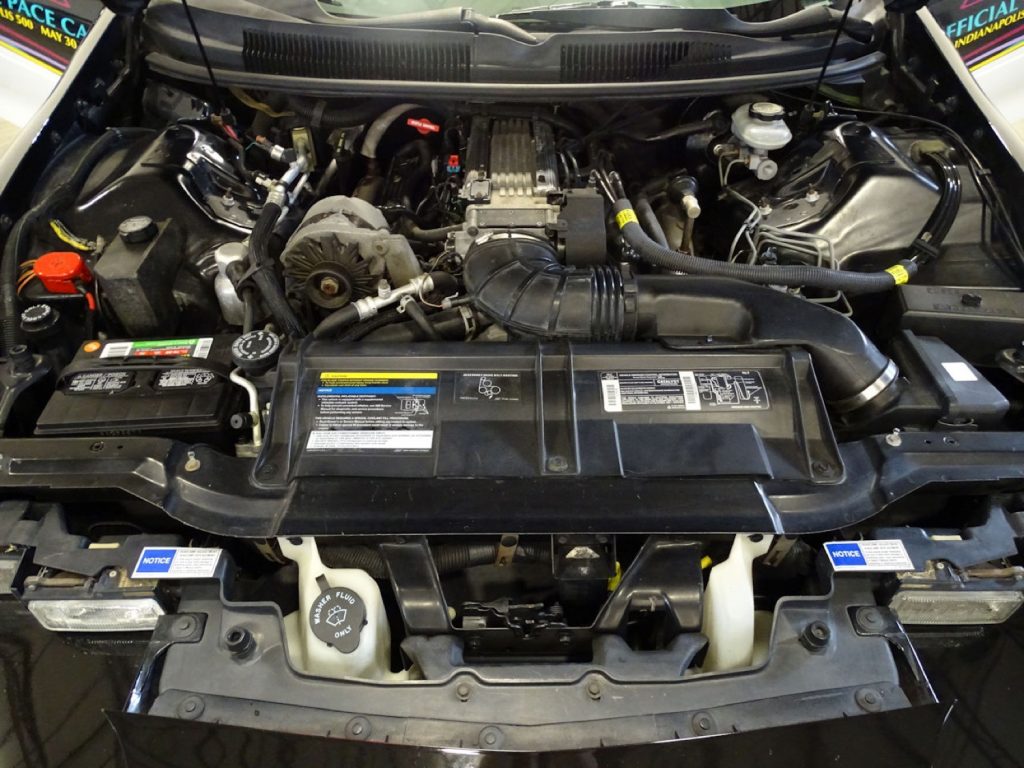 Does this Camaro have what it takes to “start your engine”? Let us know your thoughts in the comments, and make sure to subscribe to GM Authority for more Chevrolet Camaro news, Chevrolet news, and around-the-clock GM news coverage. 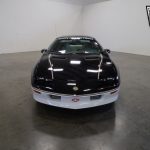 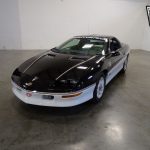 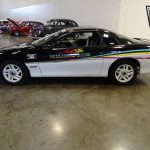 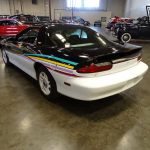 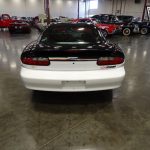 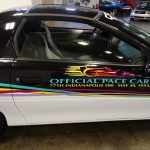 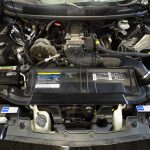 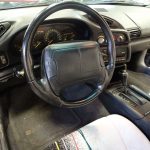