The 1991 GMC Syclone is well-established as an enthusiast darling, with a stout turbocharged engine and impressive acceleration mated to a squared-off pickup truck body. With just under 3,000 units produced, the Syclone has become something of a collectible these days, and now, this clean example is up for auction at Bring a Trailer. 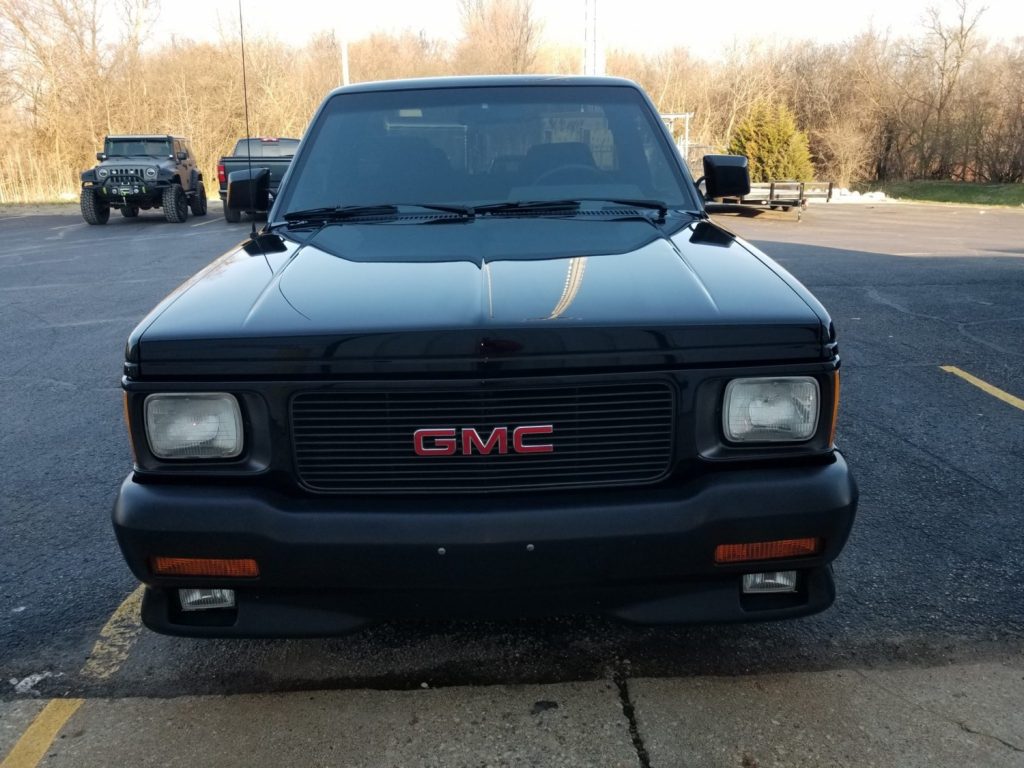 Outside, it looks like this 1991 GMC Syclone was well maintained, with a clean body and no garish modifications. The classic black paint shows well, but does have a small scuff on the left side of the front bumper. However, the seller even includes paint meter measurements in the gallery of pictures. 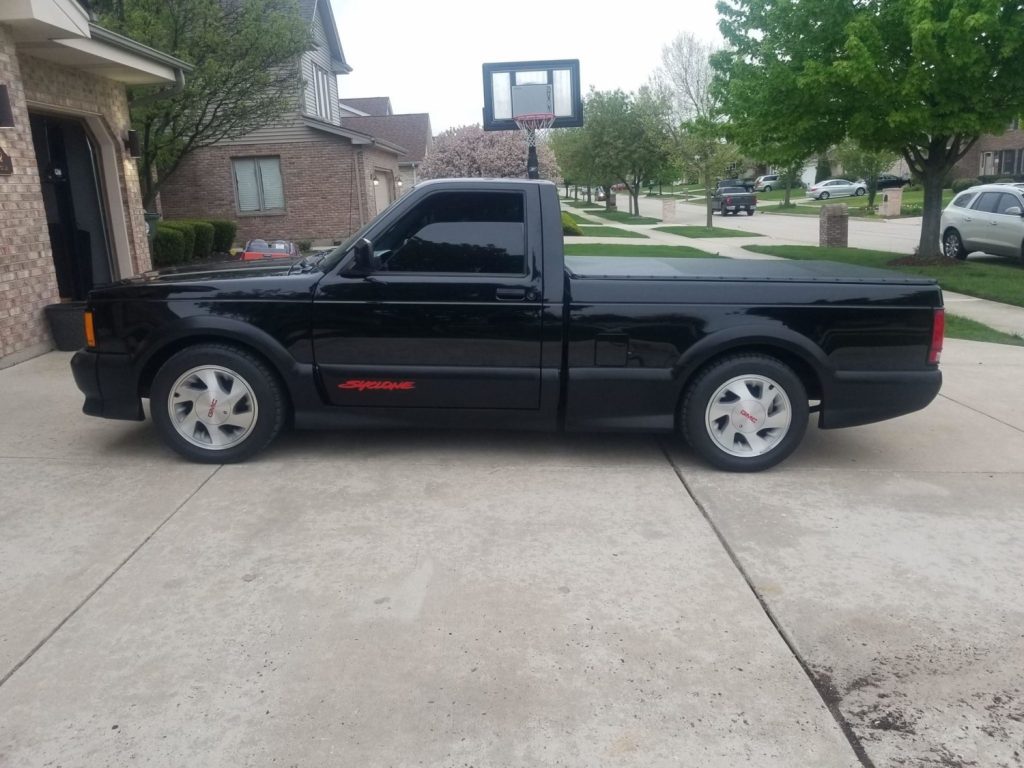 The windows are tinted, and there’s a black vinyl snap-on tonneau cover in back. It’s a good look, and matches well with the copious red badging. The factory 16-inch wheels are wrapped in 245/50 BFGoodrich g-Force Sport COMP-2 tires. 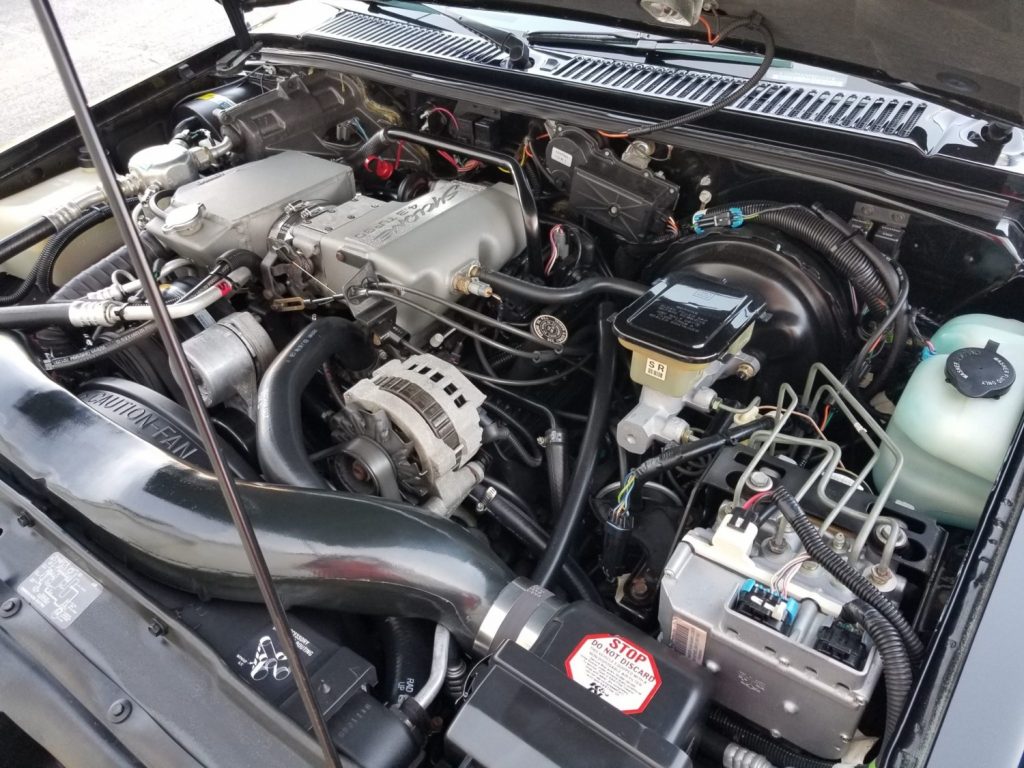 Under the hood is the turbocharged 4.3L V6 LB4 engine, which, when new, was rated at 280 horsepower and 350 pound-feet of torque. Properly applied, it’s enough to send the GMC Syclone to 60 mph in about 4.3 seconds. The seller states that this example was also upgraded with an aftermarket exhaust system.

The ‘six connects to the four-speed automatic 4L60 transmission, which in turn feeds all four wheels. 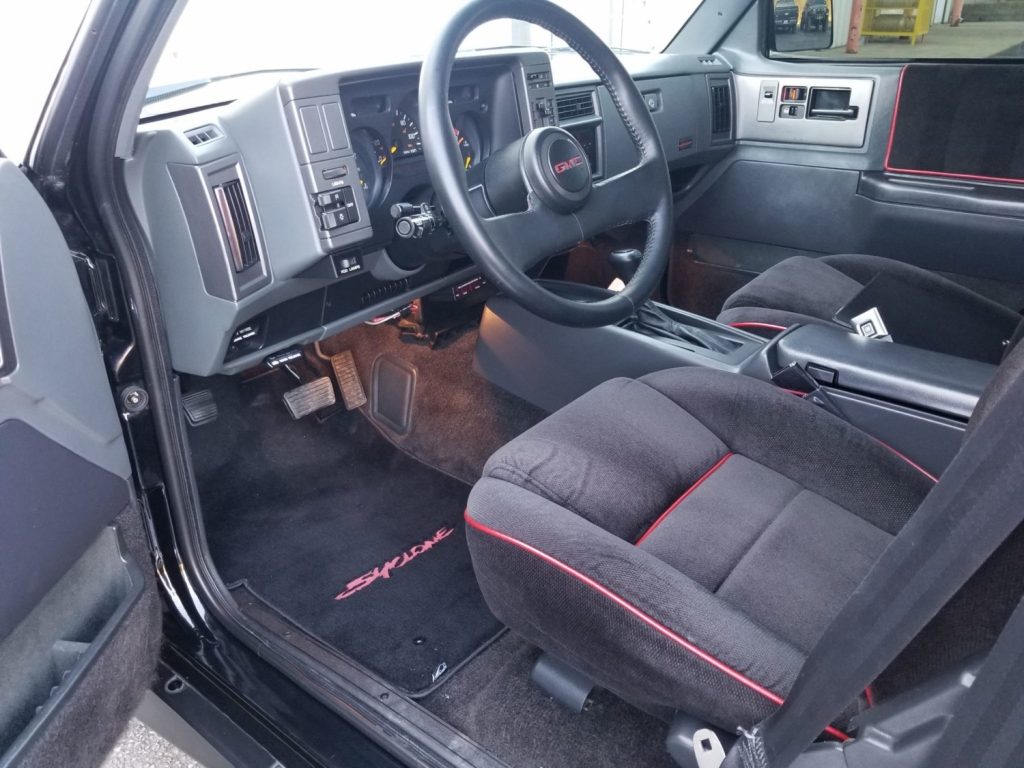 Inside the cabin, we find loads of black cloth upholstery and red piping. There are Syclone floor mats and the factory Delco cassette stereo, plus a leather-wrapped steering wheel in the classic two-spoke design.

It’s a nice find, and the auction even includes a walk around video to show it all off.

As of this writing, bidding is well under way for this 1991 GMC Syclone. However, the auction doesn’t end until June 25th, and we’re anxious to see what the final bid will amount to. 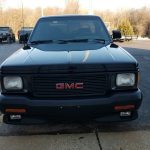 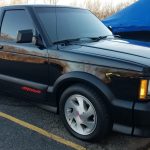 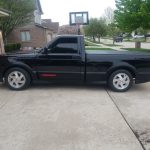 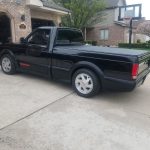 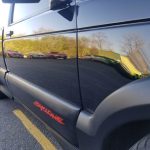 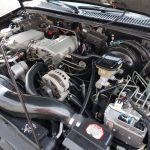 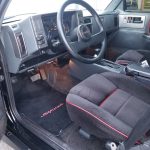