Finding the right balance between head-turning good looks and neck-snapping performance ain’t always easy, but this 1970 Chevrolet Camaro restomod definitely pulls it off. 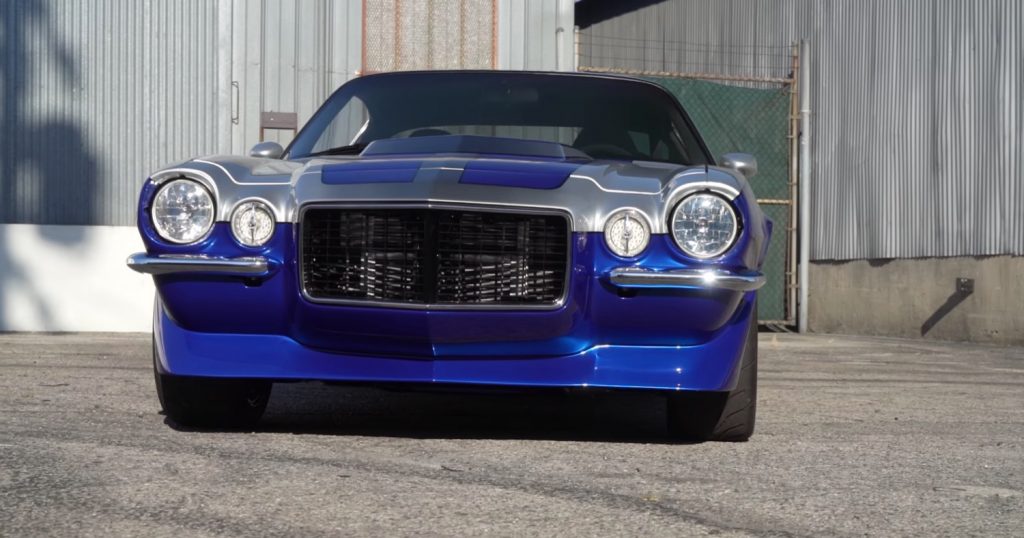 This Chevrolet Camaro was originally in some other shop wasting away for 12 years when the owner decided to bring it to Kelly & Son Crazy Painters in Southern California for the attention it deserves. Shop owner Mitch Kelly took the project on with an eye for building something not only beautiful, but brutally fast as well. 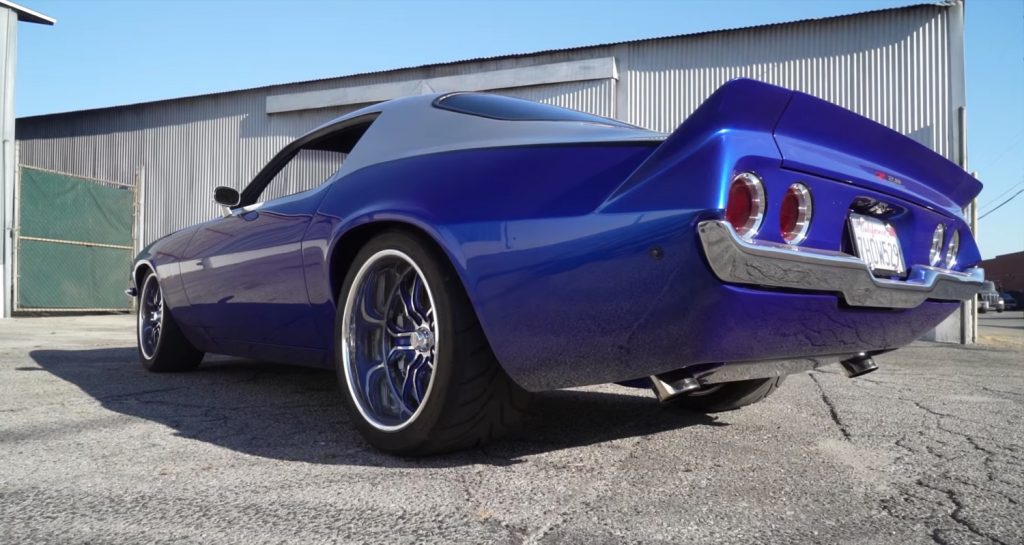 After getting the Chevrolet Camaro in the shop, the builders saw that it had lots of bondo and had been in a crash as well. As such, they got down to cleaning it up and straightening it out to prep for what would be a ground-up rebuild.

The car’s owner is actually a race car driver, so it needed the right stuff to impress in the performance department. The main act is the supercharged 6.2L V8 LSA engine, which was upgraded by Lingenfelter Performance and now produces a whopping 750 horsepower. It sounds amazing as well thanks to a custom Borla exhaust system. 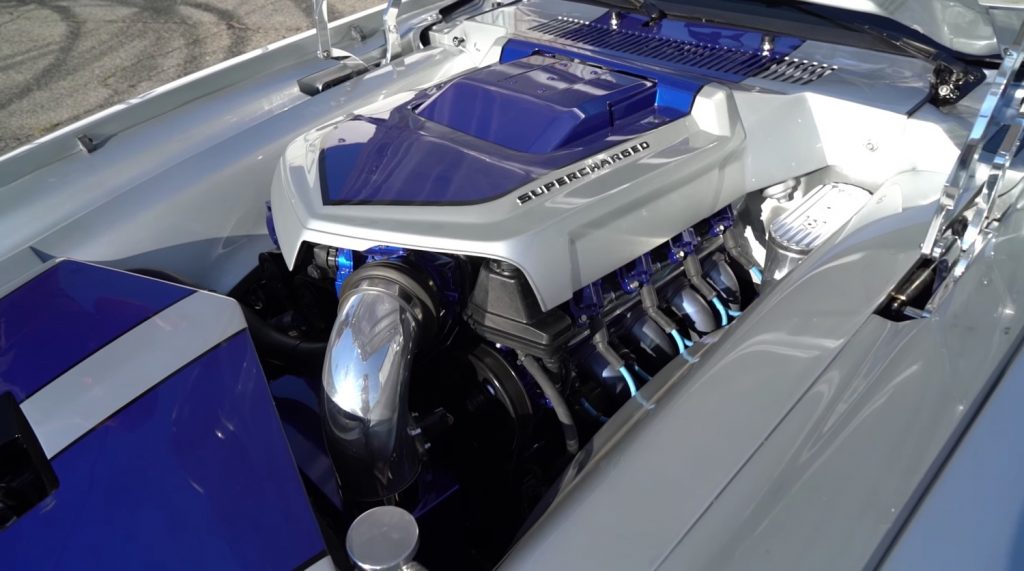 Power is great, but it means nothing without control, so Detroit Speed provided its suspension and chassis expertise, including a new subframe. Hauling it all down are 15-inch Brembo brakes.

After all the performance upgrades, this 1970 Chevrolet Camaro got a killer new paint job, with a show-quality two-tone that adds silver up top and blue for the lower half. The door handles were shaved, and everything else was smoothed out, cleaned up, and molded. There’s also a matching blue-and-silver color scheme for the engine bay and undercarriage, while funky split-spoke wheels from American Racing continue the theme. The rollers are sized at 19 inches in front and 20 inches in the rear, and are wrapped in Toyo R888 rubber. 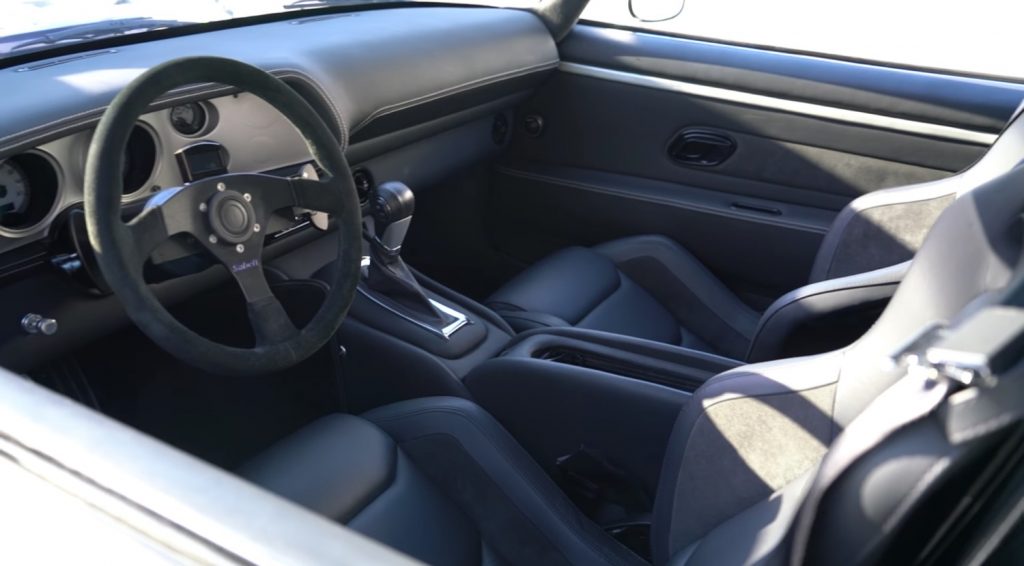 Meanwhile, the interior comes equipped with Sabelt seats from a Ferrari, as well as a Sabelt steering wheel. The custom dash is draped in fresh upholstery, and a full audio system adds the finishing touches. Check out this Chevrolet Camaro in all its glory by hitting play on the video below.