By 1969, the Chevrolet Camaro had already led the pack twice at Indy, even though it was introduced just a few years prior. To celebrate, Chevy offered up a unique special edition model that added a swath of noteworthy upgrades to the mix. This limited-run special edition model was known as the Indy 500 Pace Car edition, with just 3,675 units produced that year. This is one of those special edition Indy 500 Camaros. 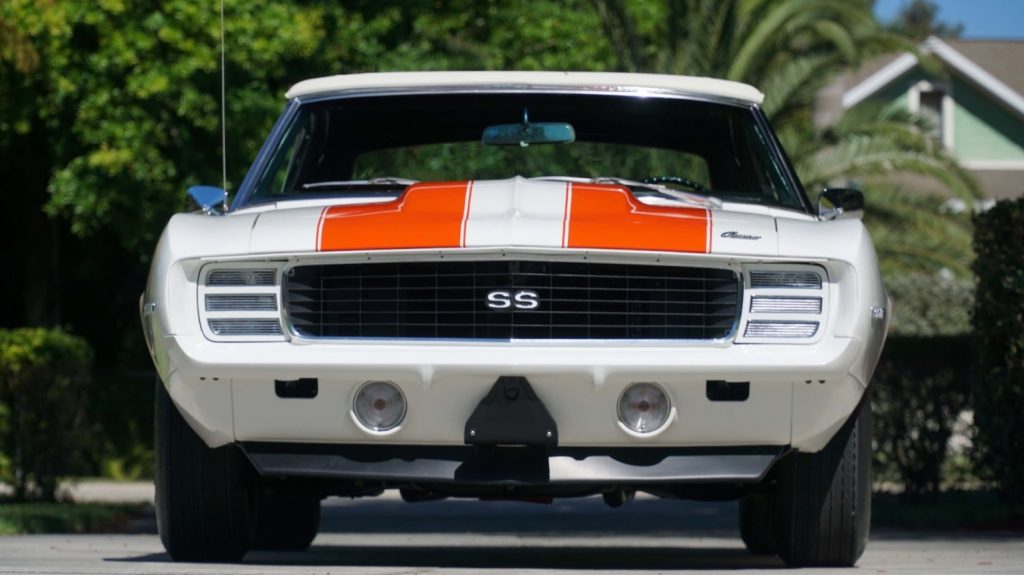 Although it has 76,000 miles showing on the odometer, this Chevrolet Camaro Indy 500 Pace Car edition looks like it just rolled off the factory floor thanks to a concours-level rotisserie restoration. The exterior is covered in Dover White paint with Hugger Orange stripes and lettering. Speaking of which, this Camaro comes with limited edition graphics, which commemorate the 53rd Annual Indianapolis 500 Mile Race and includes the race date of May 30th, 1969. 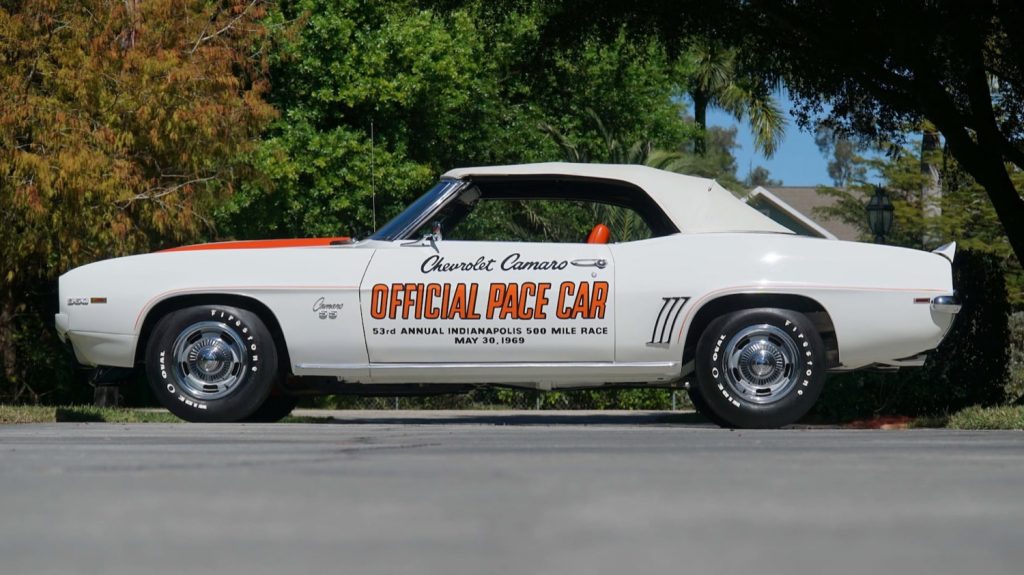 We also see a number of other tasty exterior upgrades, such as a new rear spoiler, the ZL2 Air Induction Hood, and subtle orange accents along the fenders.

This particular model is a matching numbers example with the standard 350 cubic-inch V8 L48 engine under the hood, which produced 300 horsepower when new. Buyers could also opt into the more-powerful L78 engine, but the majority of cars came with the L48. Routing the power to the rear wheels is a Turbo-Hydramatic automatic transmission 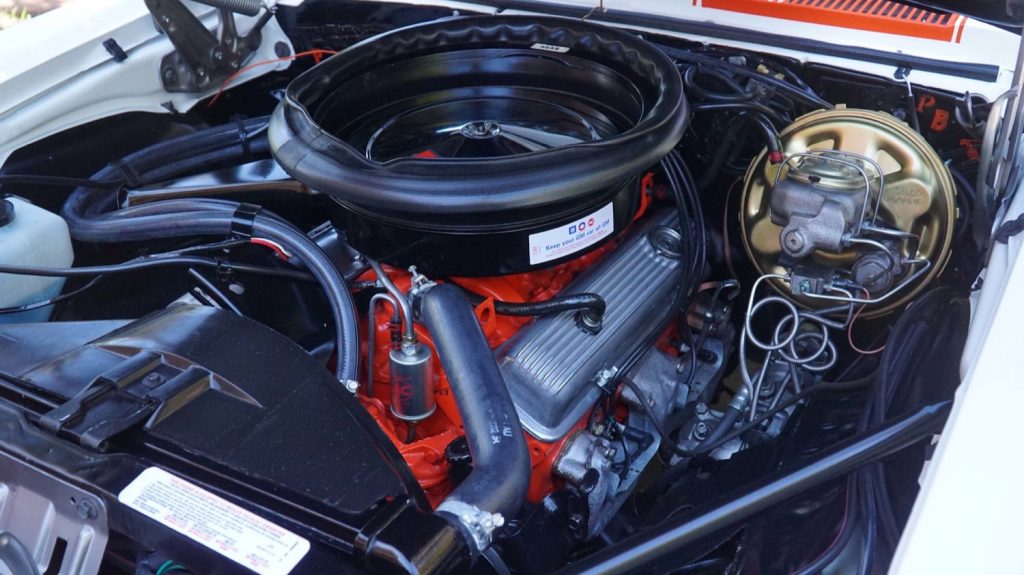 Inside, we find an eyeball-grabbing orange and black houndstooth interior, with leather upholstery adoring the seats. Further standout features include an AM radio, a tilt steering wheel, power steering, and power brakes. 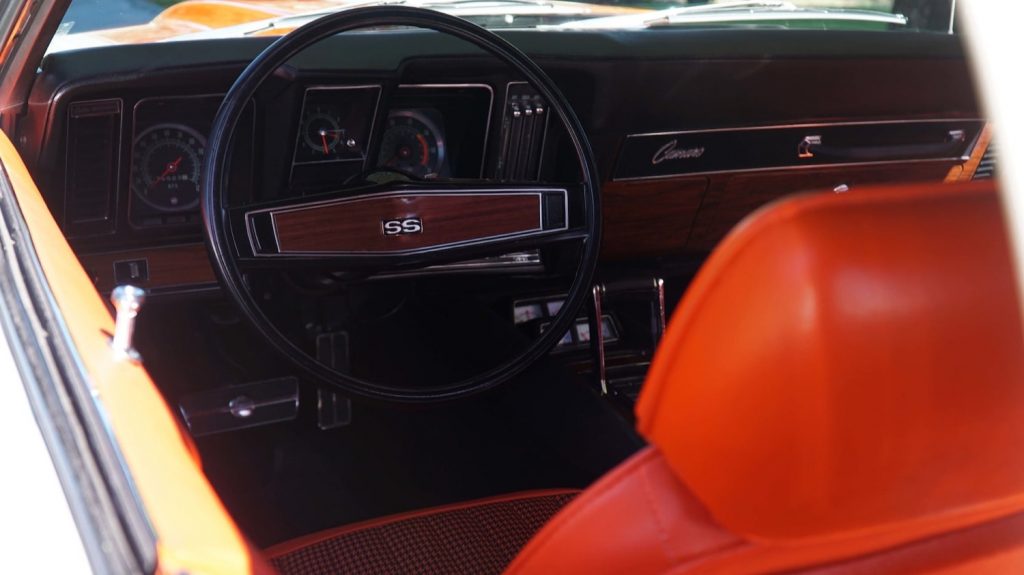 Now, this 1969 Chevrolet Camaro Indy 500 Pace Car edition is headed to the block as Lot F110.1 at the Mecum Auction Indy 2020 event, set to take place July 10th through the 18th at the Indiana State Fairgrounds in Indianapolis. 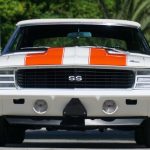 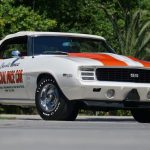 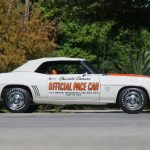 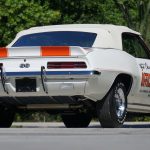 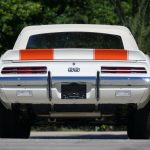 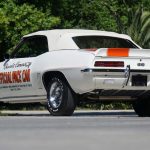 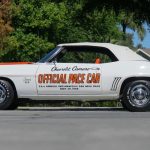 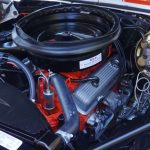 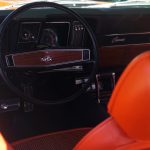