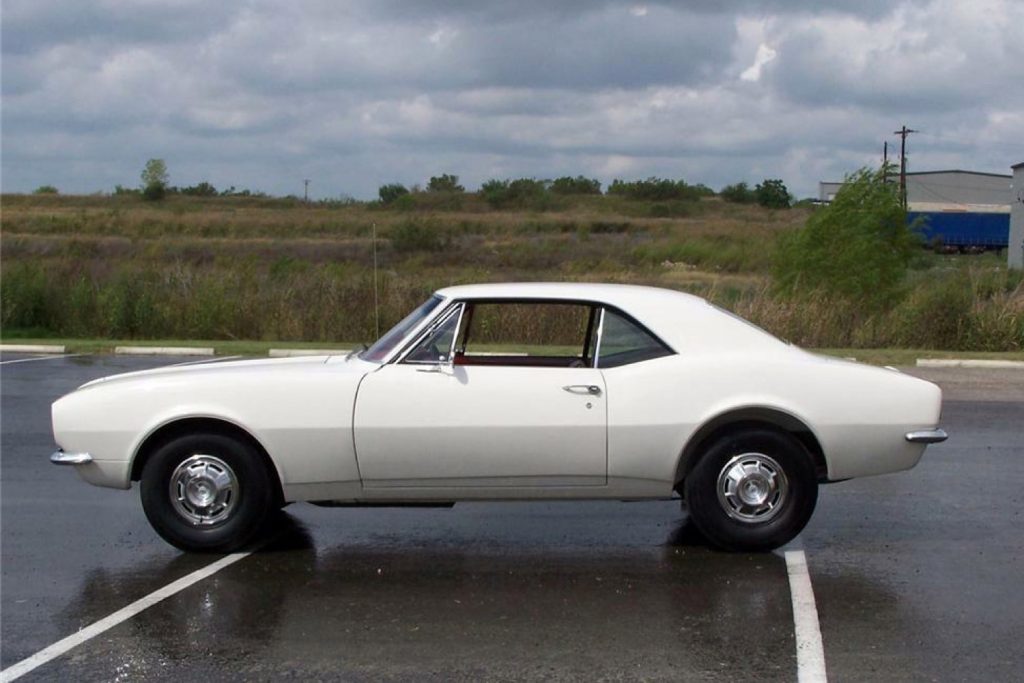 Built in August of 1966, this ’67 Chevrolet Camaro was tagged with scheduled assembly code P001 and VIN 00016, and is considered the very first Los Angeles-produced Camaro in existence. The car was originally purchased new at Kester Motor Company in Las Animas, Colorado. More recently, it received a full frame-off rotisserie restoration in 2006, and has been kept in a climate-controlled garage as part of a private collection ever since.

The exterior is draped in Ermine White paint, and bears classic 1967 Chevrolet Camaro styling. The interior offsets the stark exterior with bright red vinyl upholstery, and comes equipped with extras like the Deluxe Interior Package and the Interior Decor Package. This vehicle was also equipped with the Package Style Trim Group, a push-button AM radio, and a rear seat speaker. 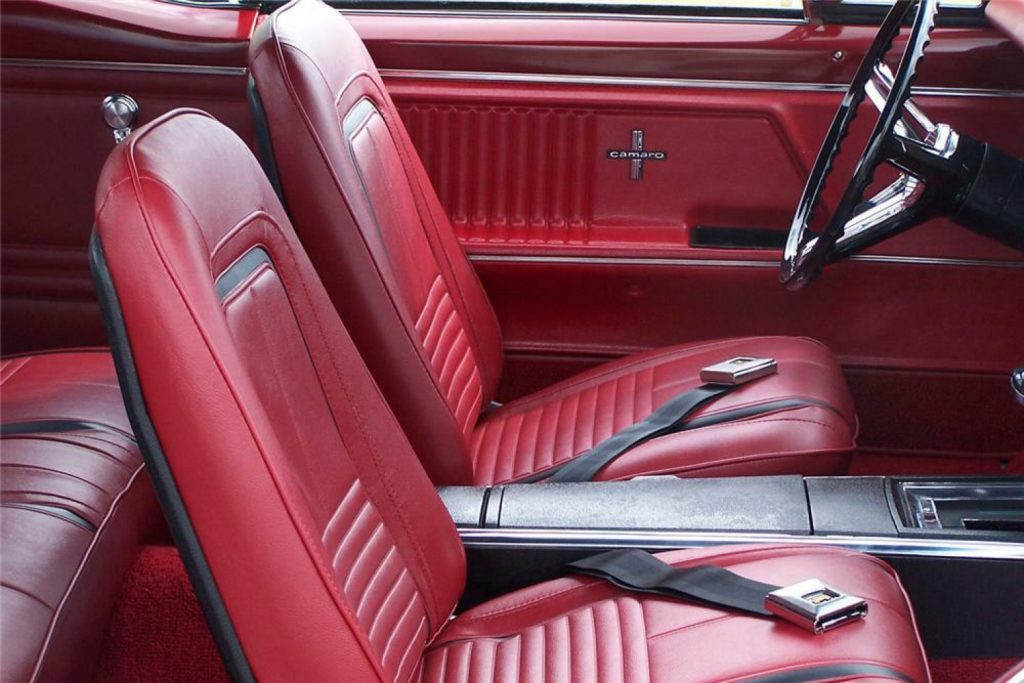 Providing the motivation is a numbers-matching powertrain and drivetrain, highlighted by the 327 cubic-inch L30 V8 engine. When new, this ‘eight was rated at 275 horsepower, and it comes mated to a two-speed automatic transmission and the original 10-bolt rear axle. 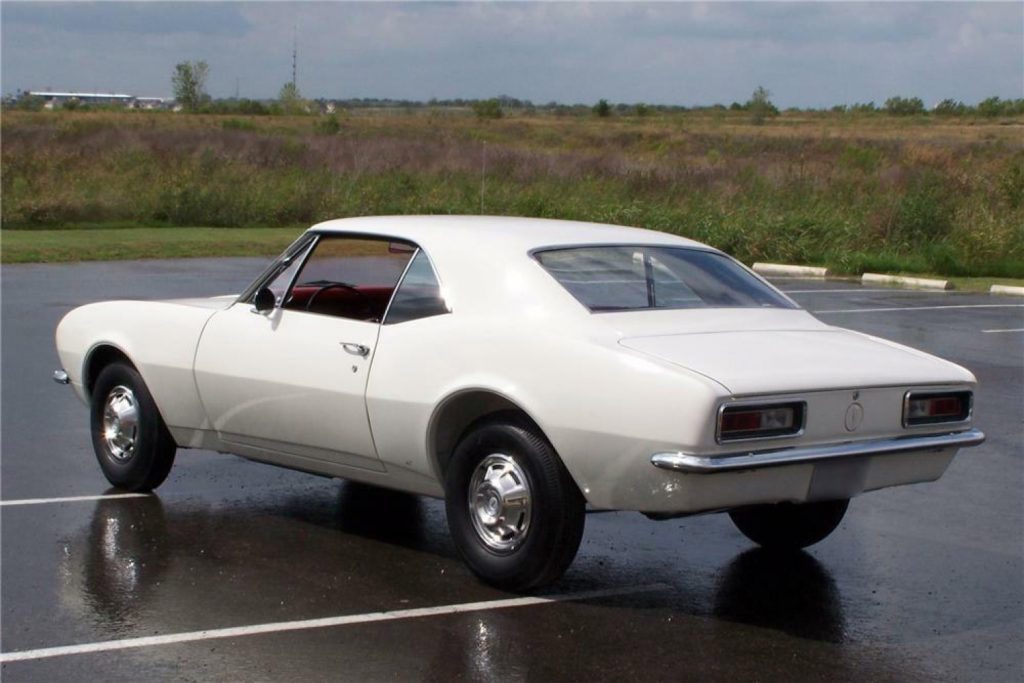 This 1967 Chevrolet Camaro was fully authenticated by Camaro historian and former drag racer Jerry MacNeish in 2016, confirming its heritage and provenance. Now, it’s headed to auction, and will be up for grabs next month as Lot number 143 during Barrett-Jackson’s upcoming online event. Interested bidders are advised that the vehicle will need to be collected from its current home in Midland, Texas.