The fifth-generation Chevrolet Camaro has served as the jumping-off point for all sorts of interesting builds, like Hoonigan’s new Duramax-powered standing mile race car, or the custom Camaro Shooting Brake we featured on the site a couple of years ago. 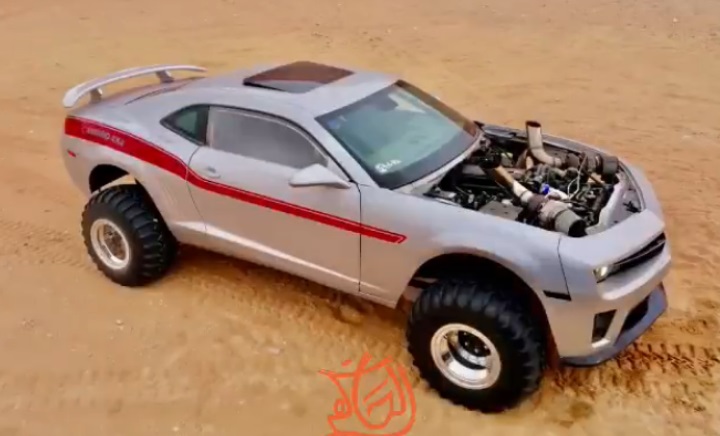 This dune-running Chevrolet Camaro 4×4 may be one of the more extreme fifth-generation Camaro builds we’ve laid eyes on, however. Details are scarce, but this custom build looks and sounds as though it is powered by a twin-turbocharged General Motors LS V8 engine, based on the two turbos sticking out of the hood and the unmistakable sound of a cammed LS at idle. There’s no word on if it has an automatic or manual transmission, unfortunately. 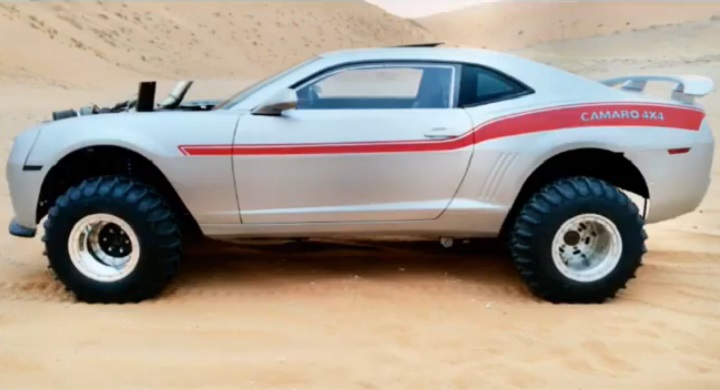 Other upgrades we spot on this Camaro include a ZL1-style front fascia, a rear wing and red side vinyl decals with ‘Camaro 4×4’ cutouts. We’d love to have some more information on the suspension as well, which likely features some sophisticated parts to help make this Chevy a bit more suited to climbing massive sand dunes in the Arabian desert. 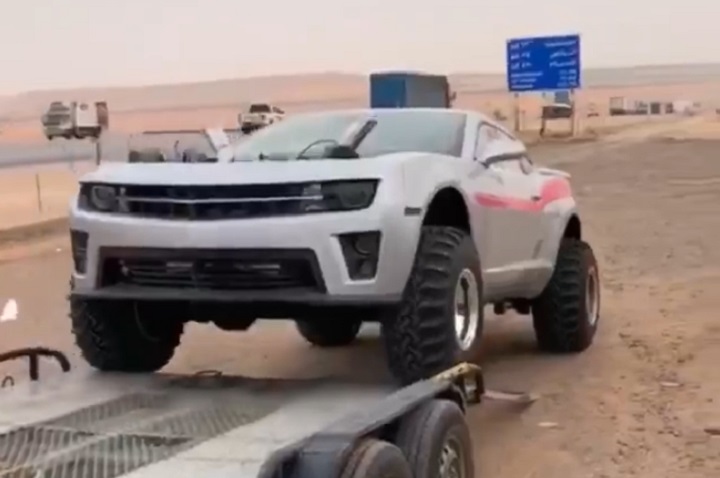 The only downside of this build is that it doesn’t appear to be street legal. In the video embedded below, the Camaro is seen being reversed off of a trailer before the owner starts ripping it up a large dune. A street-legal, twin-turbo Chevrolet Camaro 4×4 sure would be cool, but in many countries, registering heavily modified cars for road use can be difficult, if not impossible. That said, it seems the owner has plenty of places where they can let loose in this twin-turbo dune runner. There’s no shortage of sand in the Arabian desert, after all.

Check out the video embedded below to see the fifth-generation Chevrolet Camaro like you’ve never seen it before.