We’ve dedicated many words to the future Chevrolet Bolt EUV over the past few months, but we have not yet seen the vehicle in the flesh – until now.

What we have here are the very first spy shots of the Bolt EUV as it undergoes testing. Though we have previously brought you spy photos of what we believed was the Bolt EUV, the model in those pictures was actually the Bolt EUV’s China-only platform mate – the Buick Velite 7 (well-played, GM camouflage folks – well played, indeed). So then, let’s dive right in to see what this upcoming Chevy EV is all about. 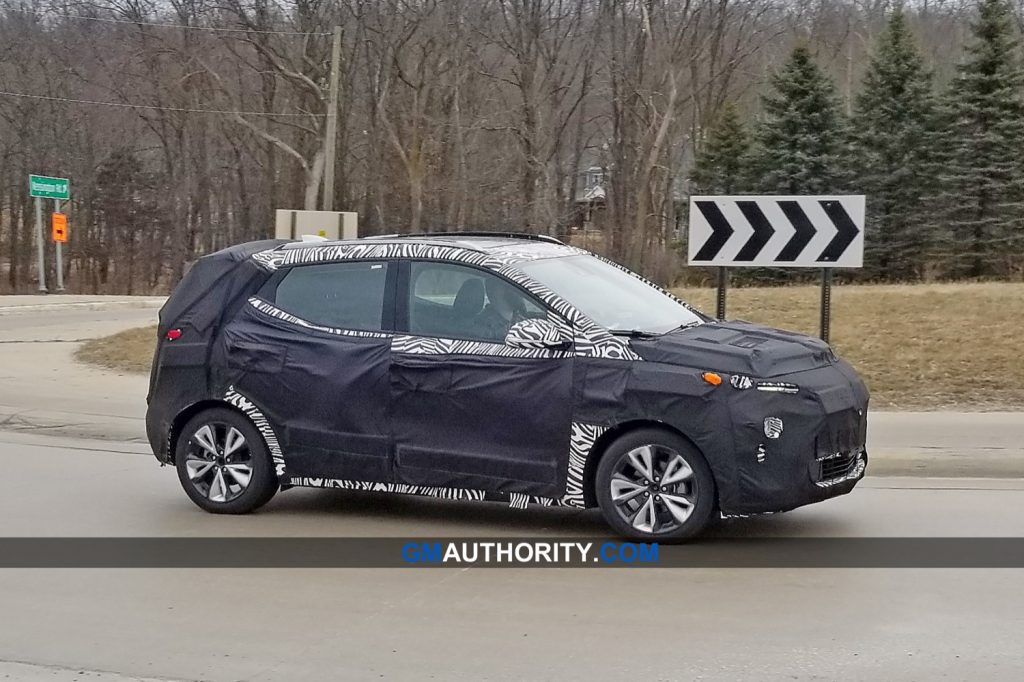 The front end features a layout that takes after Chevrolet’s newest crossovers – the Blazer and Trailblazer. Thin upper headlamps do double-duty as daytime running lamps and signature accent lights, while the circular lights beneath them serve the primary forward lighting units.

Much like the current Bolt EV, the upcoming Chevrolet Bolt EUV has a relatively large windshield and expansive daylight openings (side windows). Though the camo obfuscates the majority of the character lines on the front doors, we can still clearly see the upward curvature at the rear doors. Also take note of the wheels: we haven’t seen this design on prior prototypes of GM electric vehicles. There’s also a set of longitudinal roof rails for affixing a roof rack. According to GM Authority intel, a dual-pane sunroof will be an option to slot between those rails. 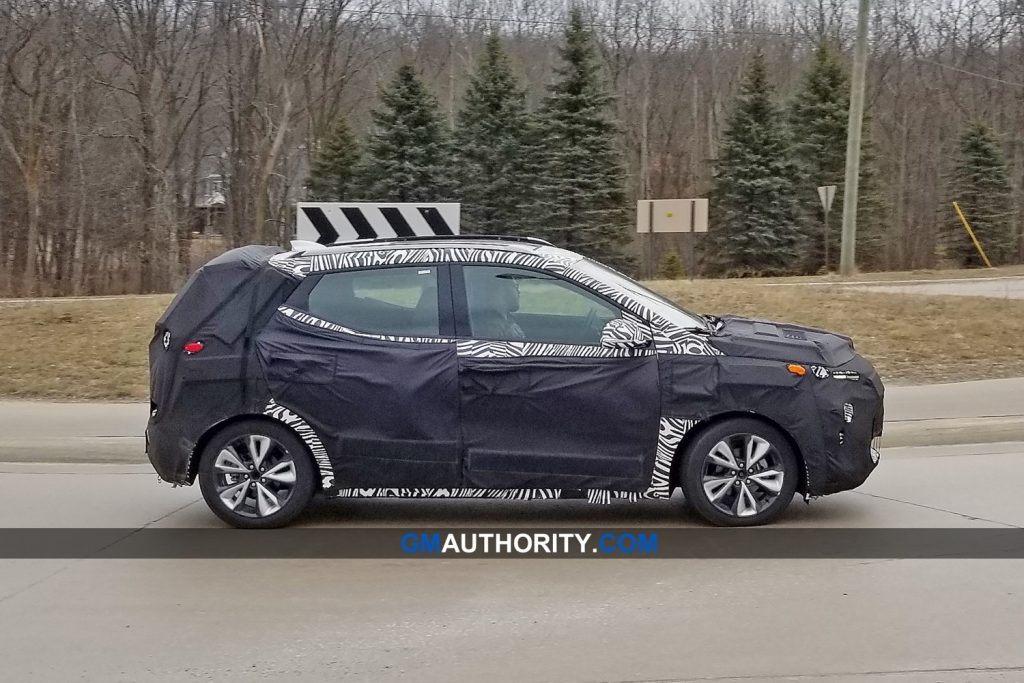 The rear end has the most amount of camo, serving as a tell-tale sign that something of interest is being hidden in that area. We’ve also learned that a hitch-mounted bike rack will be offered on this vehicle.

The upcoming Chevrolet Bolt EUV will essentially be a longer version of the Chevrolet Bolt EV, with the overall length growing by about three inches (the Bolt EV is 164 inches long). Compared to the Bolt EV, the EUV will have more interior space, particularly for second-row passengers, as well as more cargo room.

Another update to the interior will be a new instrument panel and center stack compared to the current Bolt EV. As GM Authority was first to report, the Bolt EV will also adopt this new interior design, along with new seats, to boot. 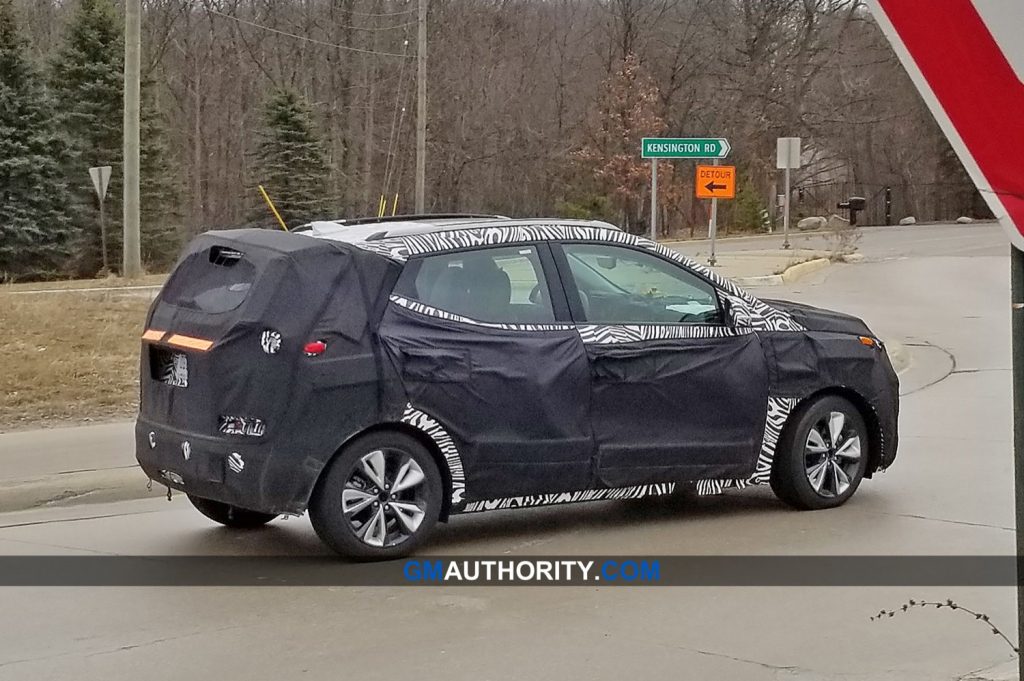 The Bolt EUV will ride on the GM BEV2 platform shared with the Bolt EV. The drivetrain will be the same as that on the current Bolt EV, with a single motor making 200 horsepower and 266 pound-feet of torque sending power exclusively to the front wheels.

Due to the EUV’s slightly larger size, it will weigh more than the Bolt EV, causing range to drop slightly compared to the Bolt EV’s 259 mile-range. However, the Chevrolet Bolt EUV will benefit from faster Level 2 charging thanks to a more robust 11 kW charging inverter (the Bolt EV has a 7.2 kW system). That’s slower than most newer rivals, and is a limitation of the BEV2 architecture. The new GM BEV3 platform and its Ultium battery packs will be capable of much faster charging times. 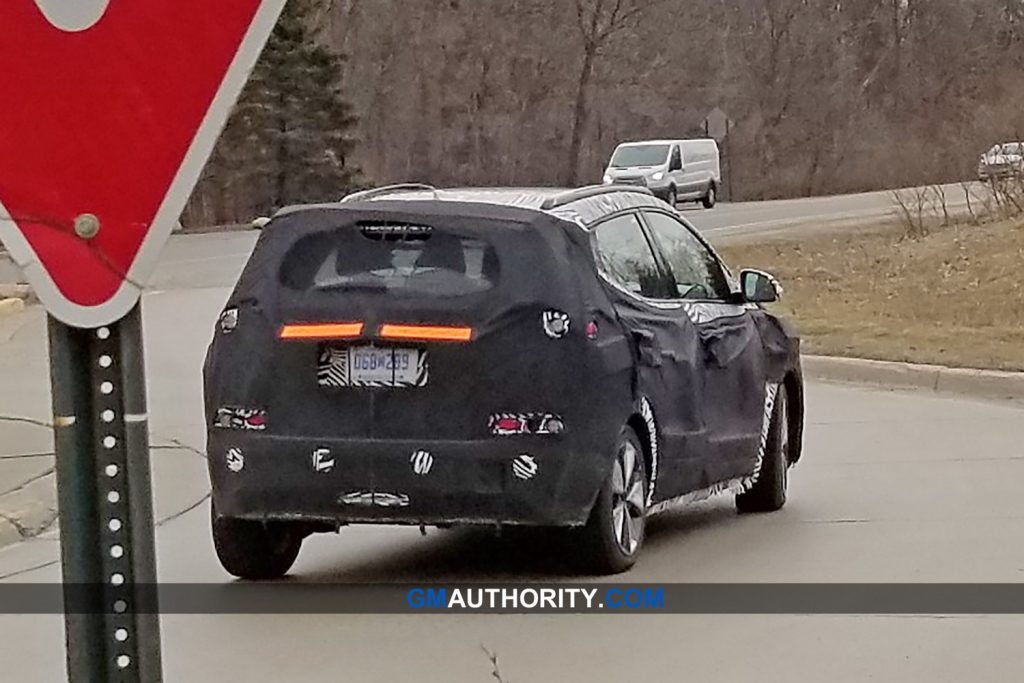 The highlight of the Bolt EUV, however, will be its Super Cruise system, making the upcoming electric crossover the first non-Cadillac vehicle to utilize the Level 2 semi-autonomous system. GM has plans to expand the availability of Super Cruise to a total of 22 vehicles by 2023, including 10 by 2021.

Original timetables called for the Chevrolet Bolt EUV to launch in the summer of 2020 as a 2021 model year vehicle. It’s unclear whether that timeline is still in force, given the COVID-19 pandemic. Production will take place at the GM Lake Orion plant, which is also home to the Bolt EV.

“EUV” is believed to stand for “electric utility vehicle.” GM filed to trademark the name in the third quarter of 2019, as first reported by GM Authority.