It’s always nice to come across a build that ticks all the boxes, and that’s exactly what we have here with this 1969 Chevrolet Chevelle. Not only does it look amazing, but it’s got the power and speed to match, as evidenced in this 13-minute profile from AutotopiaLA. 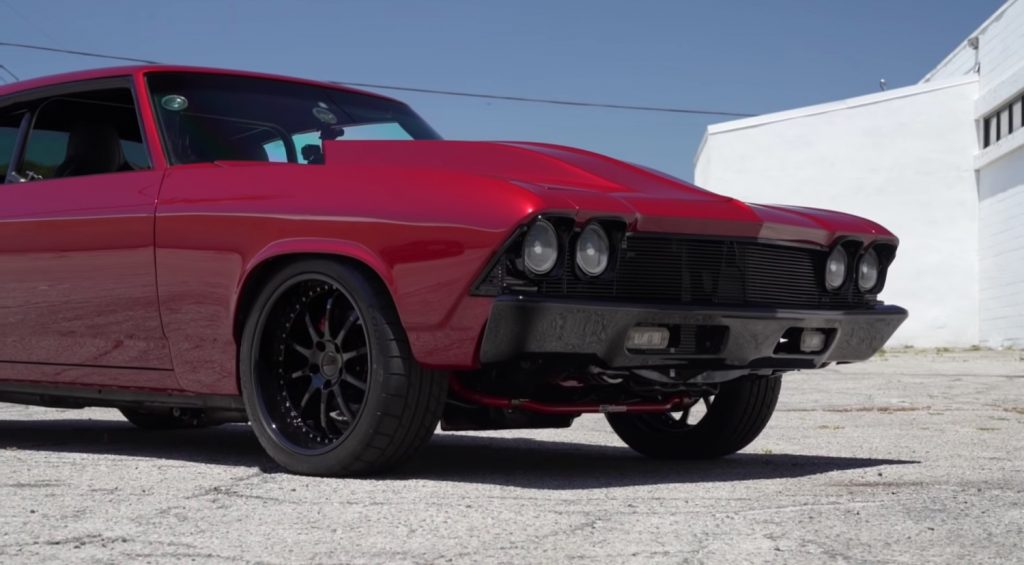 Owner Matt Grant from Northern California went all out, and the closer you look, the more cool details you find. The ’69 Chevrolet Chevelle was bought new by his grandparents, and it served as the family car for years, eventually going to his mother, then Matt himself. That means this car is technically a one-family vehicle, and it sounds like it’s gonna stay that way, as Matt says he’ll eventually hand it down to his son. 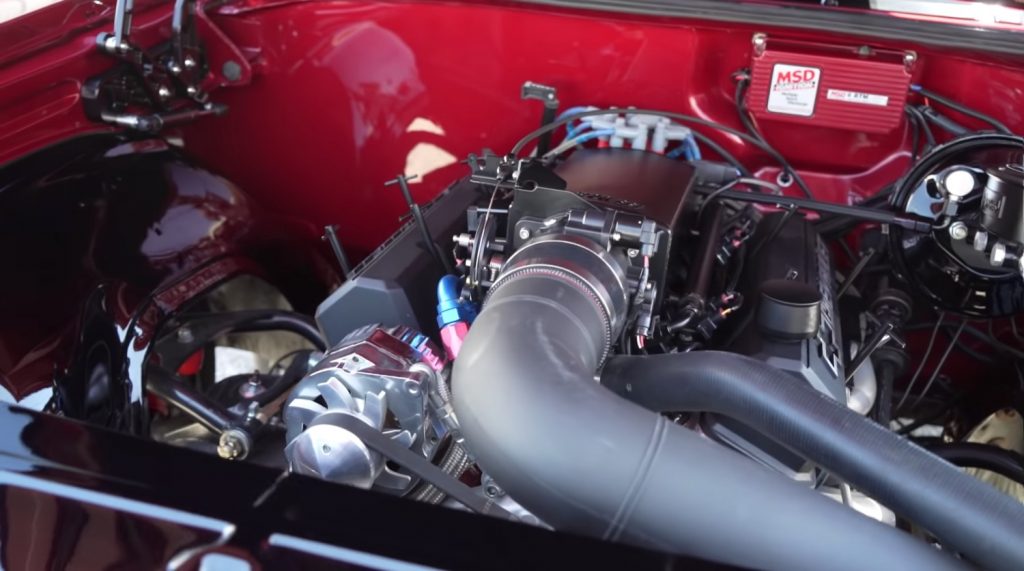 Under the hood, this 1969 Chevrolet Chevelle tosses the original 307 engine in favor of something much more powerful. Although the new naturally aspirated V8 looks like a Chevy small block, it has a 4.25-inch bore and 4-inch crank, which technically makes it a 454.

The engine gets custom cylinder heads and LS-style fuel injection, with a three-inch X-pipe exhaust leading to Flowmaster mufflers. All told, this Chevrolet Chevelle is throwing down 700 naturally aspirated horsepower, with gobs of torque as well. 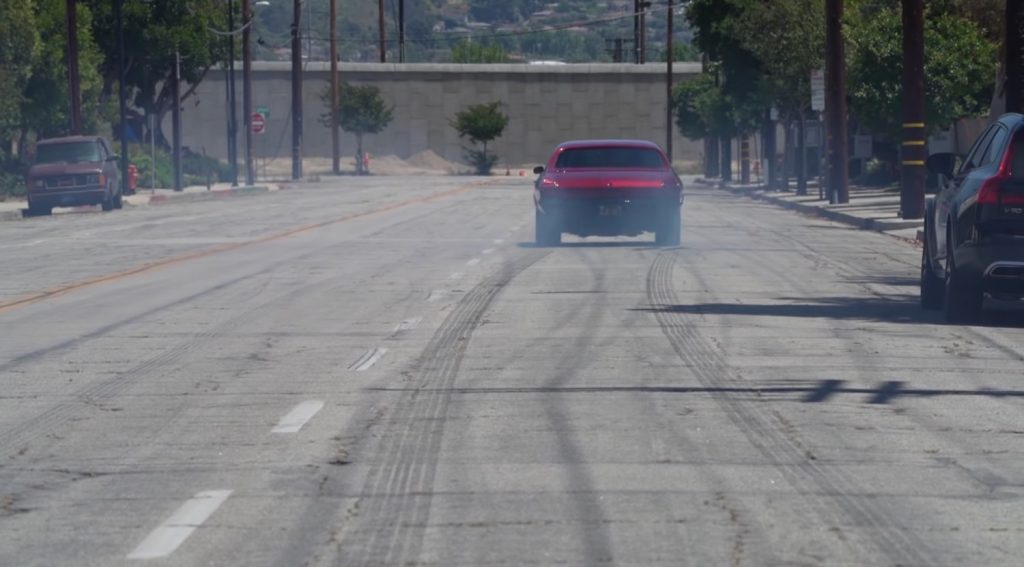 Keeping it shiny side up is a QA1 coilover suspension conversion with a four-link in the rear. The car is set up for drag racing, and will run low 10s in the quarter mile. 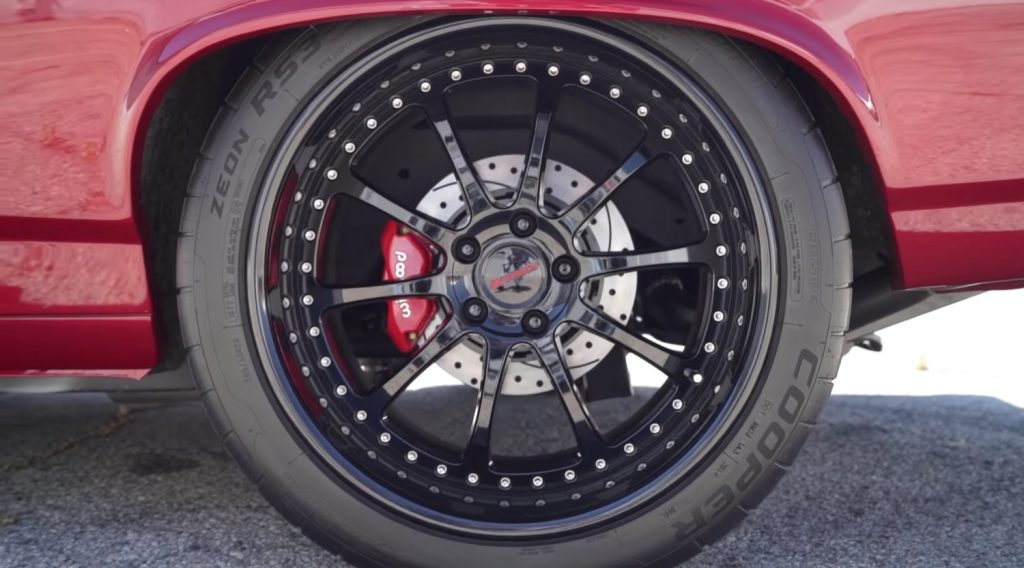 This thing can perform, no doubt about it, but it also comes with an outrageous amount of paint and body work as well, with tons of shaved trim bits, and a gorgeous red and black color scheme.

The interior is fully tricked out with a 2015 Chevrolet Camaro dash that was molded into the Chevrolet Chevelle cabin and fitted with custom gauges. The seats come from a 2017 Chevrolet Corvette Z06, and there’s a roll cage in place for putting down times at the track.

Even the trunk is well-done, with JL Audio components and carbon fiber vinyl.

It’s a helluva build, and as Matt demonstrates with some hard acceleration and donuts, it’ll go just as well as it’ll show. 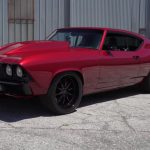 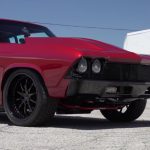 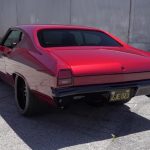 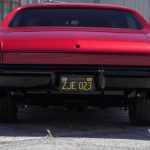 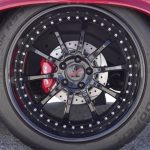 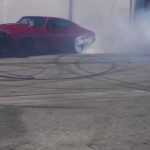 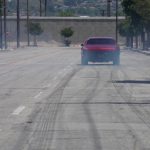 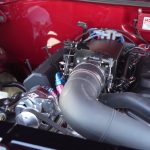