Texas-based customizer Dusold Designs likes to mix speed and art in its projects, and won’t skimp on either. That much is obvious by the shop’s latest build – the Texaco Chevrolet Camaro. 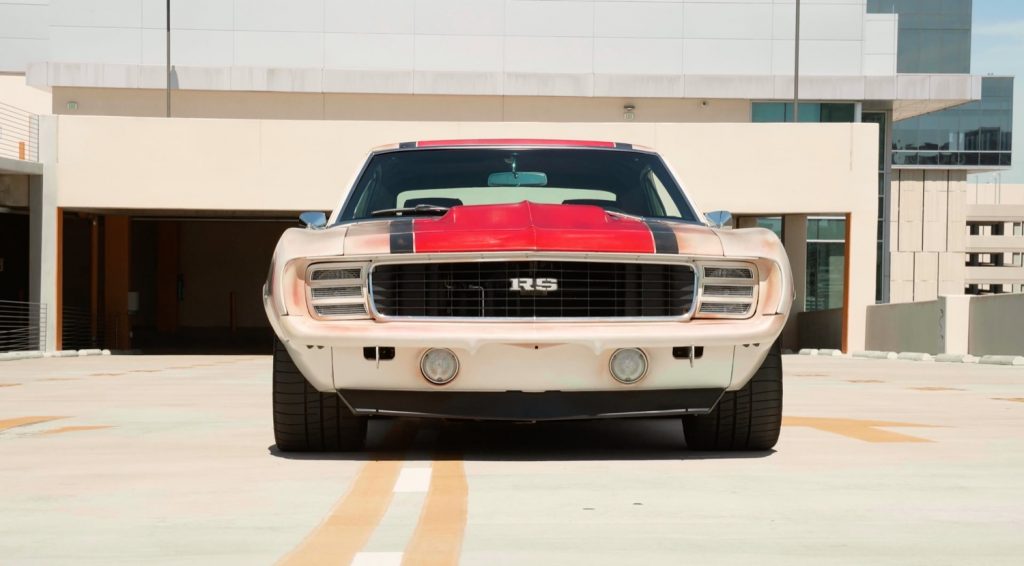 Based on a 1969 Chevrolet Camaro RS, the Dusold Designs Texaco Camaro rocks a classic Trans Am style that’s simply too good to go unnoticed. On top of the white body paint is an old-school livery design that includes a wide red racing stripe running down the hood, roof, and tail section, while the profile gets a black stripe along the shoulder line. The rear hunches get a big Texaco branding graphic applied just above the rear wheels, while the Texaco star finishes it off. There’s also a big “18” added to the doors, and whole thing was carefully sprayed down with a patina-effect to give it the appropriate visuals. 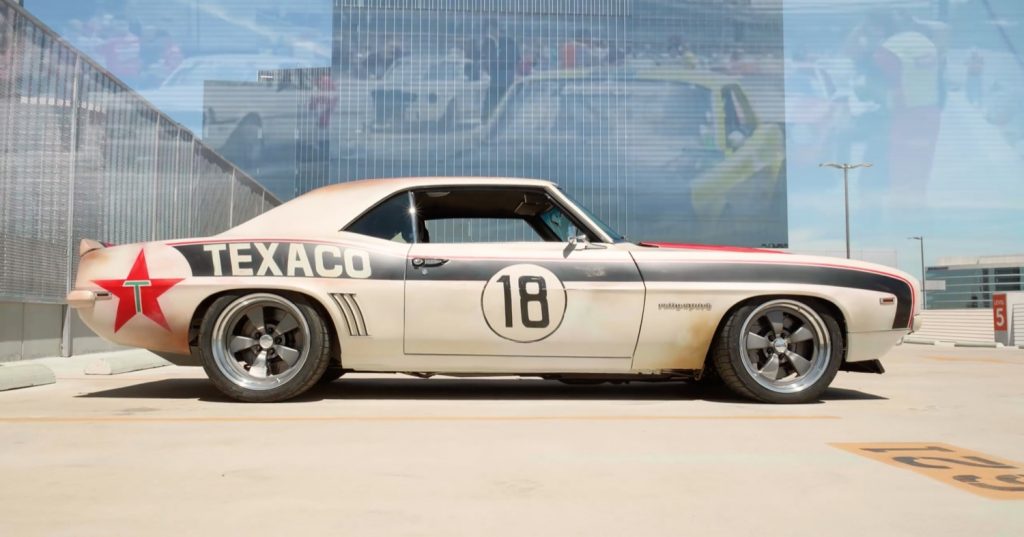 Although this ’69 Chevrolet Camaro looks old school, the mechanicals are most definitely modern. Underneath the louvered hood is the supercharged 6.2L V8 LT5 engine, the same lump found in the C7-generation Chevrolet Corvette ZR1. In the Vette, the LT5 pumps out 755 horsepower at 6,300 rpm and 715 pound-feet of torque. 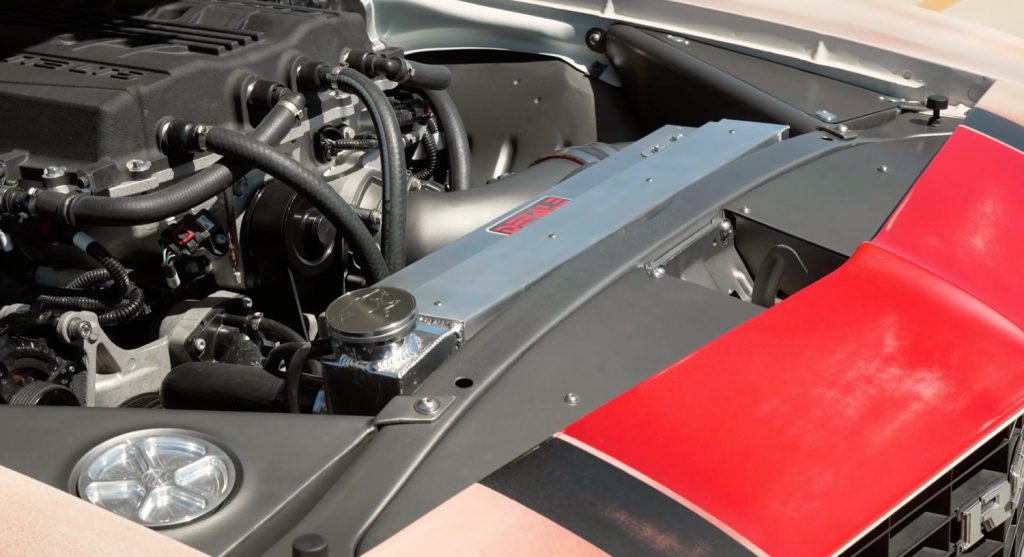 That’s a lotta go, so to harness it all, this custom Chevrolet Camaro received complementary chassis and suspension upgrades, including a Detroit Speed subframe. The whole shebang rides on Forgeline CR3 wheels wrapped in BFGoodrich Rival tires, while Wilwood six-pot brakes haul it down. 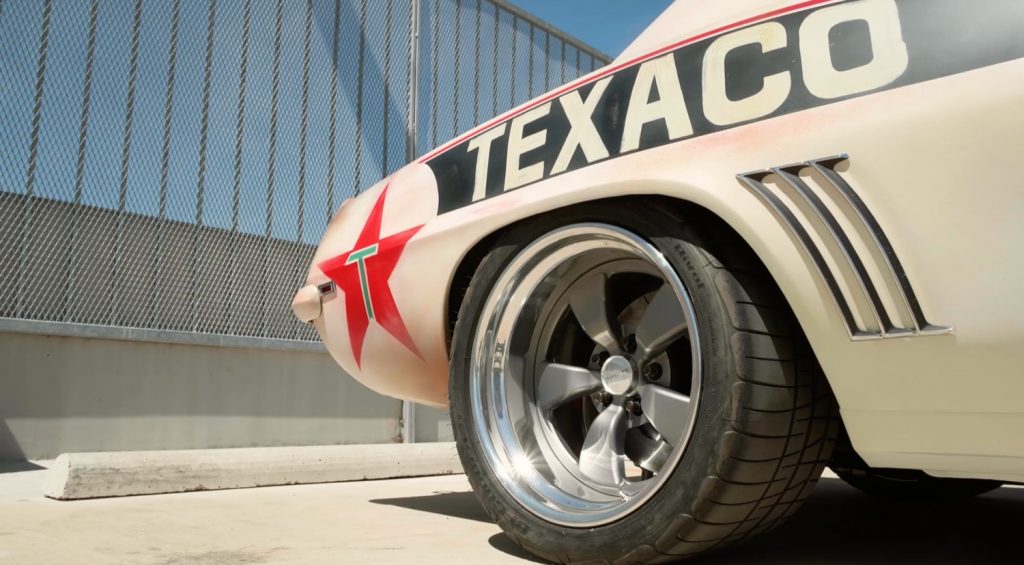 Meanwhile, the cabin gains modern functionality thanks to a Motech C1212 digital dash readout. The driver gets to grips thanks to a Momo steering wheel with carbon fiber trim.

This thing looks awesome, but it isn’t just for show – indeed, this 1969 Chevrolet Camaro is really driven, attending a number of track events to put all those ponies to good use. Just as it should be. 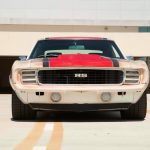 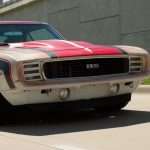 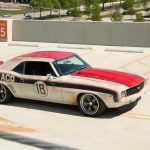 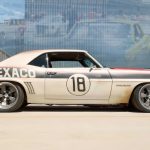 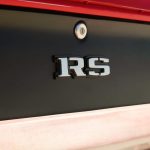 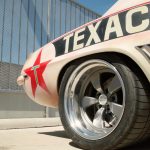 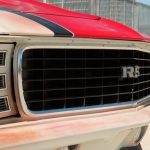 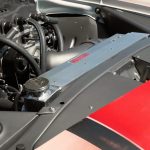 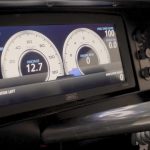