The Chevrolet Bel Air has become an icon of 1950s Americana, but many folks seem to prefer the second-generation of the well-known classic cruiser, which first went into production for the 1955 model year.

This sky blue 1954 Chevrolet Bel-Air, which is currently for sale at O’Fallon, Illinois-based dealership Gateway Classic Cars, is one of the last examples of the first-generation Chevrolet Bel-Air that was built. 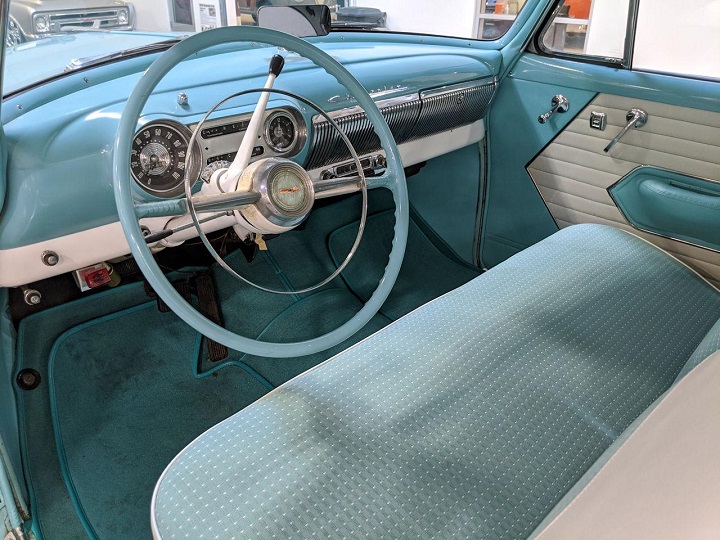 The dealership describes this bright 1950s Chevy as “lively and luxurious,” thanks to its Turquoise exterior, Indian Ivory roof and fenders and Indian Ivory cloth/vinyl interior upholstery. The vehicle recently underwent a complete interior overhaul, which included reupholstered seats, but many parts of the interior, such as the large two-spoke steering wheel are all original and sport a classic vintage patina. 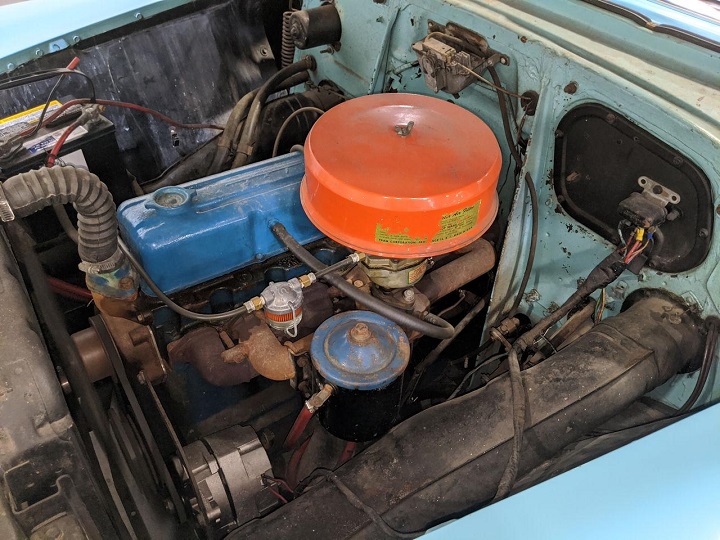 Under the hood of this 1954 Chevrolet Bel Air is an original ‘Blue Flame’ 235 cu. in. inline-six motor. Chevy outfitted the Blue Flame with a new high lift camshaft for the final year of Bel Air production, which gave the motor some added refinement and reliability. Paired with the modest motor was a two-speed Powerglide transmission, which remains in the car today. 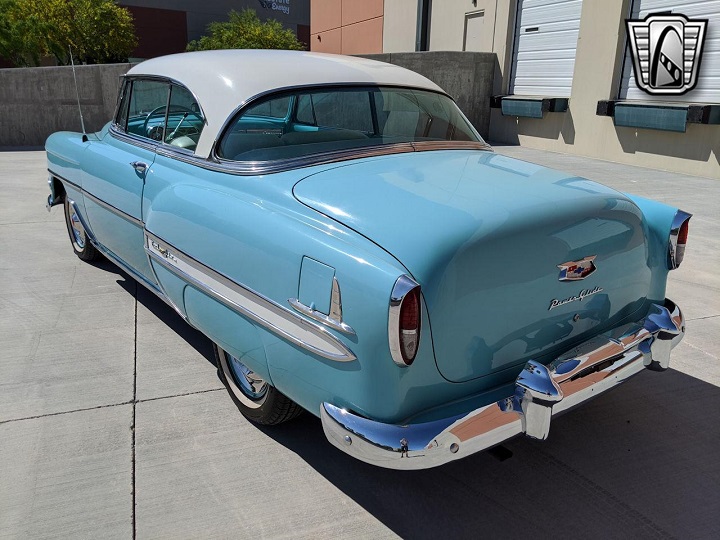 This particular ’54 Bel-Air has spent all of its life in sunny Southern California, so it’s free of rust and requires very little work to make look showroom new again. Gateway Classic Cars is asking $28,500 for the car, which is a bit above the regular going rate for a  ’54 Bel-Air in ‘Concours’ condition, according to Hagerty’s online valuation tool. The dealership assures would-be buyers this car is in “excellent condition,” however, so it just may be worth a look despite the slightly steep asking price.

Check out the listing at this link for some additional information and photos.