The Cadillac Escalade was introduced for the 1999 model year and has been an important staple in the luxury automaker’s product portfolio ever since. But what would the Cadillac Escalade have looked like if it were introduced 40 years earlier during the Cadillac brand’s styling heyday?  Automotive artist Abimelec Arellano recently set out to answer that exact question by firing up his photoshop machine and digitally rendering a theoretical 1959 Cadillac Escalade using 1950s Cadillac design cues. 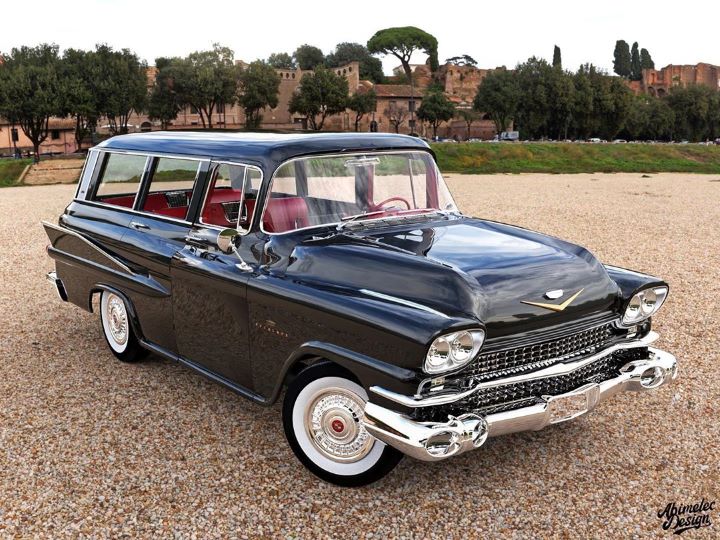 The result of Arellano’s efforts is, surprisingly, very cool indeed. Arellano appears to have based his creation on the fourth-generation Chevrolet Suburban, which makes sense seeing as the Suburban and Escalade have always shared a platform, and applied design details from iconic Cadillac vehicles like the 1959 Cadillac Eldorado and De Ville.

The front fascia,has the same general shape as a 1959 Suburban, but also integrates the grille, front bumper and headlight design of the ’59 De Ville. Moving down the side of the vehicle we can see that Arellano has also managed to apply the iconic Cadillac tailfins that made the brand’s cars so popular through the 1950s, which are topped off with a pair of pointed “rocket” taillights similar to the De Ville’s. Cadillac’s classic v-shaped emblem adorns the nose, as well, while a golden ‘Escalade’ badge is splayed across the rear tailgate. 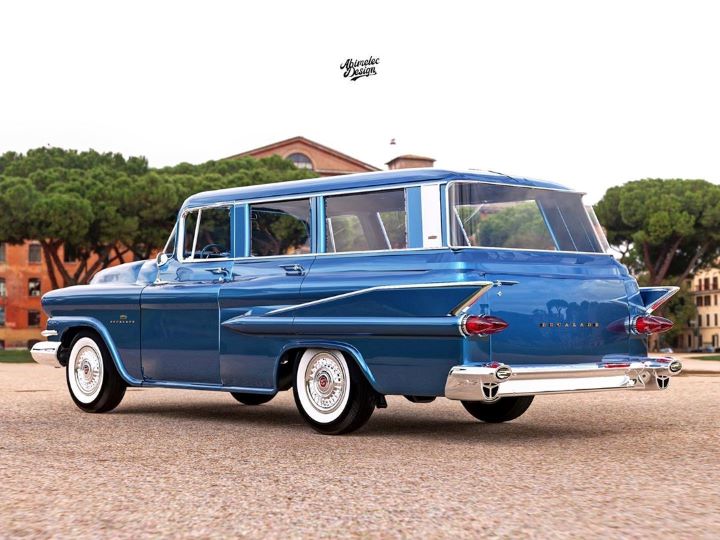 Inside, this fictitious ’59 Escalade features an almost identical dashboard to the De Ville with the same layout, gauges and even the same steering wheel. There’s quite a bit more room inside than in a sedan or coupe De Ville, however, with two full rows of seating positioned behind the front row. 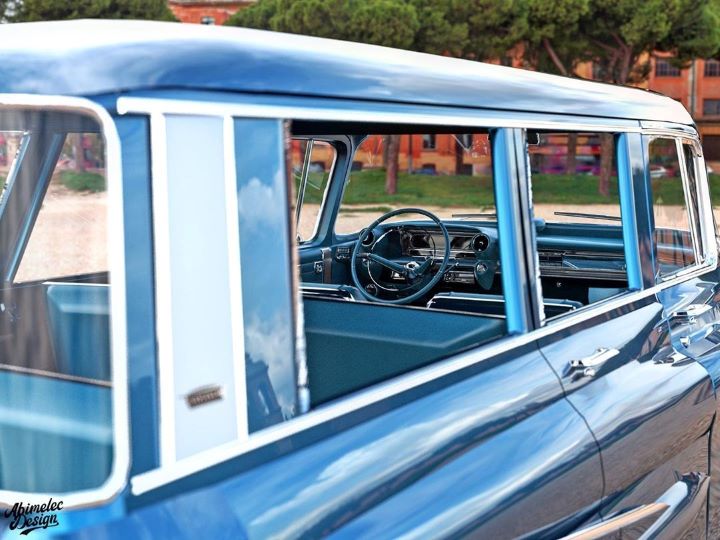 The designer envisions this luxury SUV being powered by a 390 cubic inch Cadillac V8 engine, which was also found in numerous Cadillac models in 1959. We imagine GM’s Hydra-Matic four-speed automatic transmission would be paired with the large 6.4L V8 engine the Escalade, as well.

Arellano also made a fake advertisement for his vintage Escalade as if the luxury SUV really did debut 40 years prior, which calls the vehicle “a new realm of motoring majesty.” 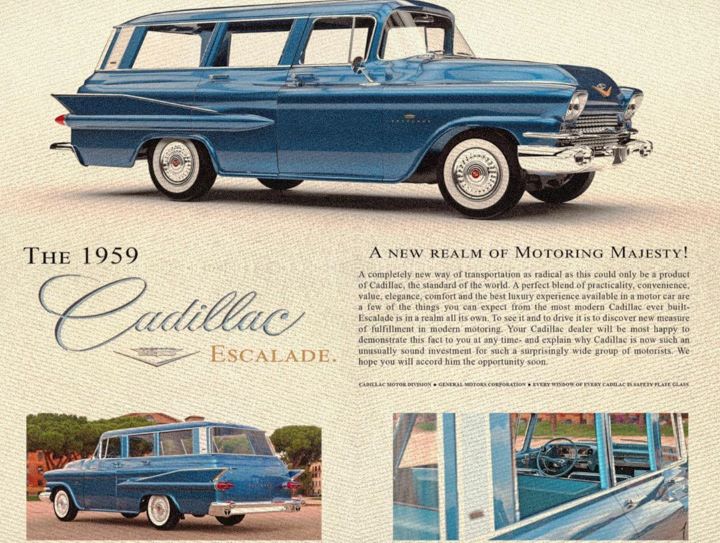 Arellano says it was “challenging to translate some of the Caddy cues into a truck,” but added that he is “in love with the result.” We’d have to echo that sentiment, as this rendering has left us wishing the Escalade really did date back to the 1950s.

Let us know if this 1959 Cadillac Escalade rendering is a hit or a miss in the comments down below.