In 1957, Chevrolet introduced an optional fuel-injected V8 engine option for the first-generation Corvette, giving performance enthusiasts a (rather expensive) way to get some more performance out of the stylish sports car.

One of these fuel-injected first-generation Corvettes was recently listed for sale by Russo and Steele. This 1958 Vette isn’t just any “fuelie,” however – it’s a perfectly restored example that would be right at home at some of the world’s most prestigious concours shows. 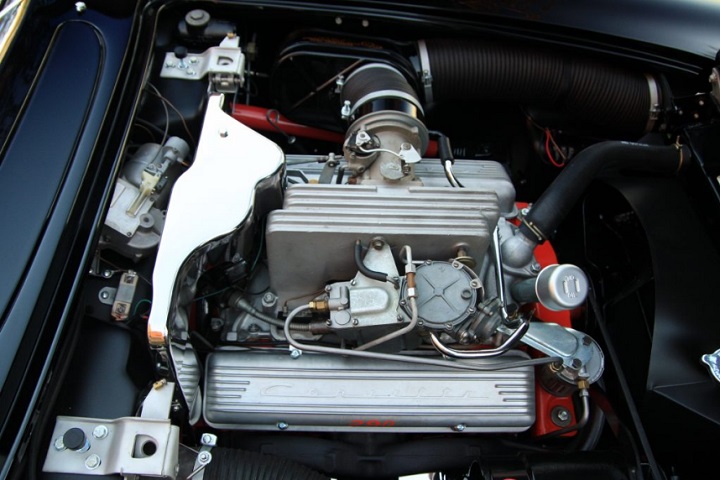 Russo and Steele says this car underwent a lengthy restoration process, with the bodywork requiring more than a year of prep before it entered the paint shop. The result is a vehicle with “unsurpassed body panel fit, gaps and finish,” and “better-than-new build quality.” It is finished in Tuxedo Black exterior paint and features a beautifully overhauled red interior without any cosmetic issues.

The same attention to detail was applied in the engine bay and undercarriage. Russo and Steele says the car’s guts are “as stunning as the bodywork,” with a carefully detailed engine bay, original Rochester mechanical fuel injection and the C1 Corvette’s signature “finned” valve covers. A number of other period-correct parts also adorn the engine bay, including the hose clamps, radiator and pressure cap. 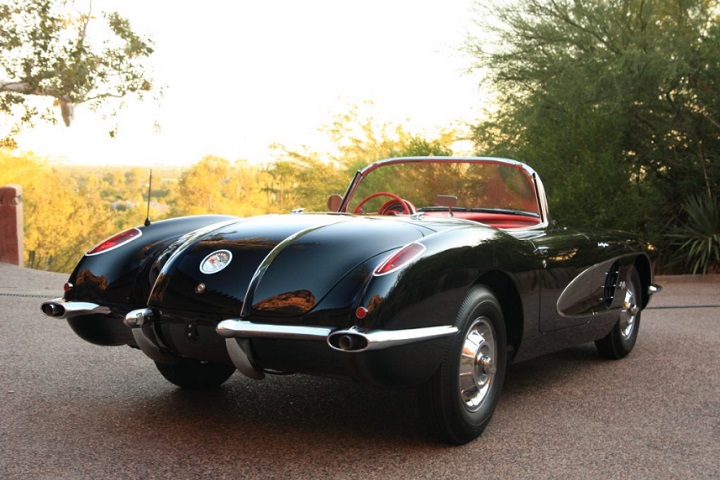 Surprisingly, this perfect ’58 Corvette “fuelie” has been hidden away from organizations like the National Corvette Restorers Society and Bloomington Gold. It has never been judged by them, Russo and Steele says, and the engine, chassis, transmission and differential numbers have not been recorded by them, either. Corvette enthusiasts looking for a cream-of-the-crop C1 to impress NCRS or Bloomington judges needn’t look any further, it would seem. 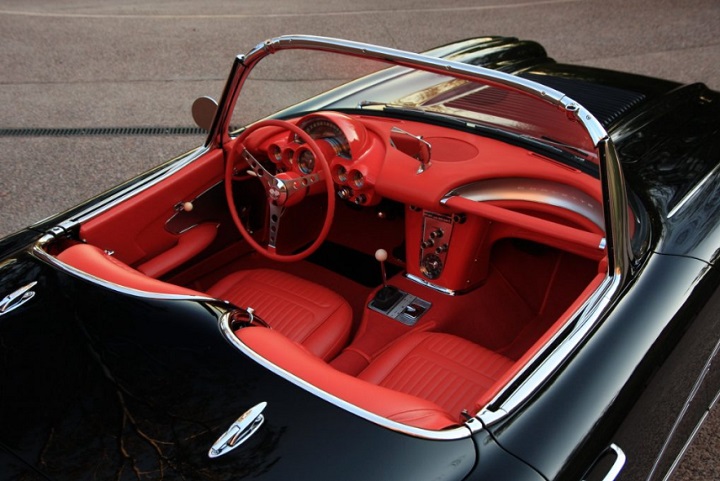 Russo and Steele is asking $189,000 for this immaculate 1958 Corvette. That’s a lot of money, but considering the painstaking restoration this car has undergone, we’re actually surprised the seller isn’t asking even more for the privilege of taking it home.

Check out the listing here for some additional information and photos.