There has been no COVID-19 transmission within any of General Motors‘ production facilities, the automaker has confirmed.

Certain GM plants in the U.S. and Canada reopened this week following lengthy COVID-19-related shutdowns, with more to come back online throughout the month of May. The automaker’s Chinese and South Korean plants have also now returned to work following those countries’ lockdown periods earlier in the year.

With many of its production facilities have now come back online, the automaker has come out and said there have been no instances of COVID-19 transmission within any of its plants.

“We have had no transmission of the virus in our facilities,” GM’s global head of manufacturing, Gerald Johnson was quoted by Reuters as saying. “Not in China. Not in South Korea and not in North America.”

The company has introduced new safety protocols at its plants to protect against the virus, including handing out PPE to workers such as masks, gloves and goggles, taking employee’s temperatures before they go on the production line and mandating social distancing within the plant. 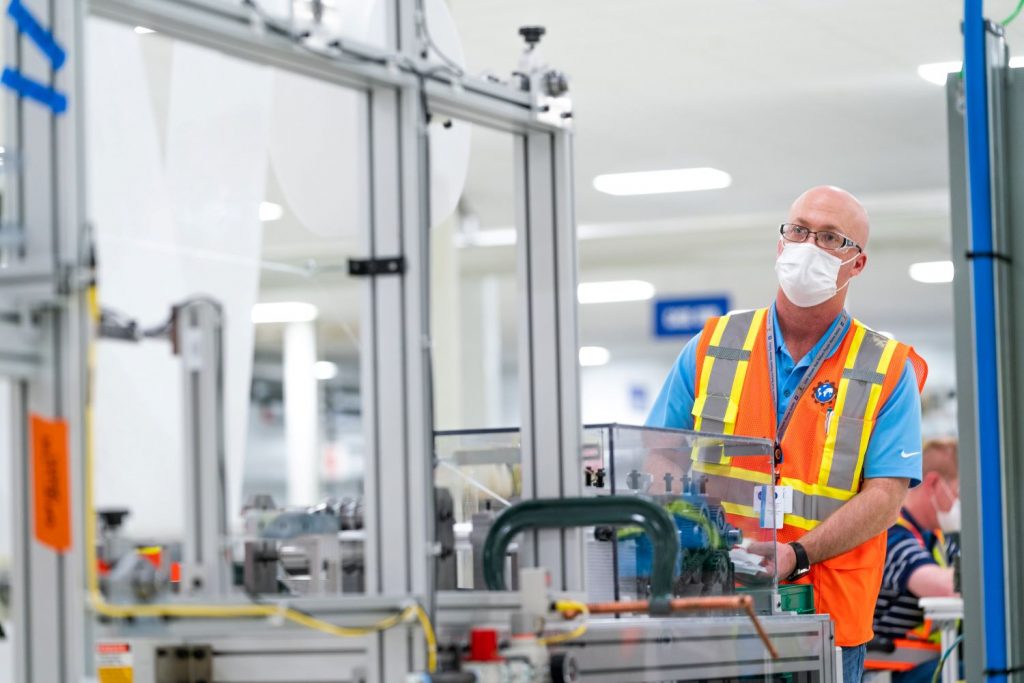 In addition to its safety protocols, GM has agreed to pay UAW workers for up to 14 days if they are forced into quarantine due to contracting COVID-19 or coming into contact with someone with the virus.

Some have expressed concern over whether it is too early to restart American vehicle assembly lines in May. The UAW felt it would have been too early to send its members back to work in early May, but feels comfortable having them return later in the month after GM, as well as Ford and FCA, agreed to implement strict safety measures at their respective facilities.

Among the GM plants that will return later this month will be its large Flint Assembly and Fort Wayne Assembly truck plants and the Arlington Assembly  SUV plant.