With all the fanfare and buzz we’re generated by the new Chevrolet Corvette C8, it only seems natural to ponder what other General Motors brands might make good use of a new mid-engine sports car. Cadillac is definitely at the top of that list, and now, we’re rendering up our own mid-engine Cadillac sports car to see what such a creation might look like. 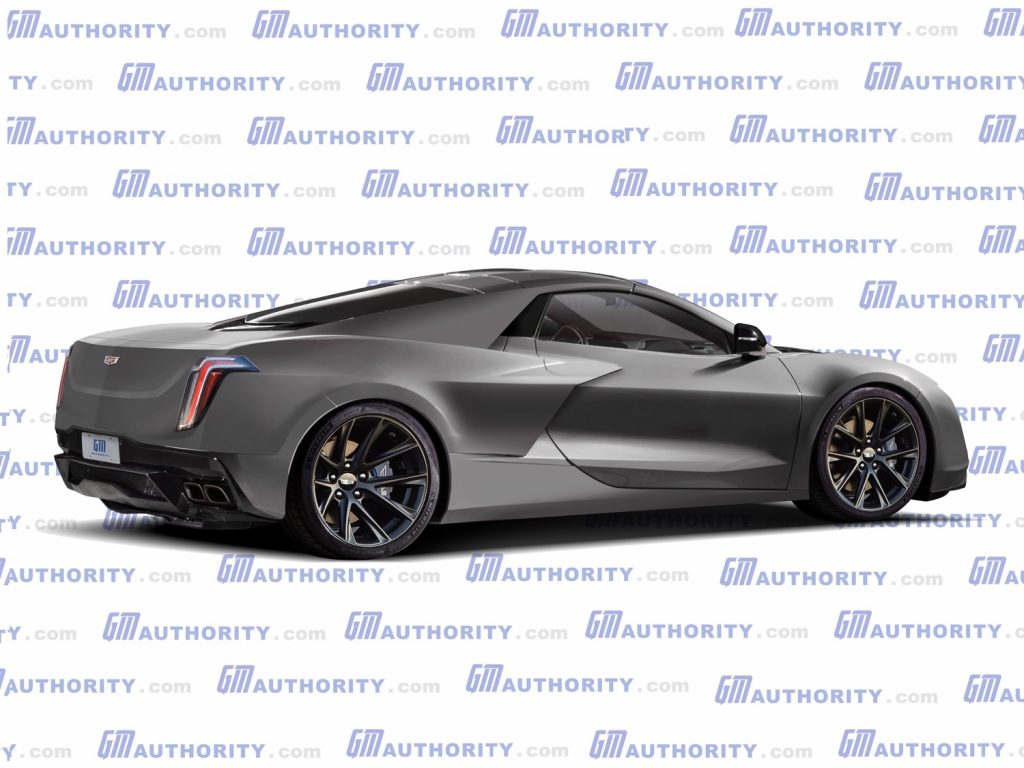 Rumors that GM was cooking up a mid-engine Cadillac model have persisted for years, and some analysts have even made predictions that the automaker was indeed prepping exactly that for a big public debut.

However, no debut has happened, and as far as we know, there’s no mid-engine Cadillac headed down the pipeline, at least not as of this writing. As such, we’ve done this rendering just for fun. 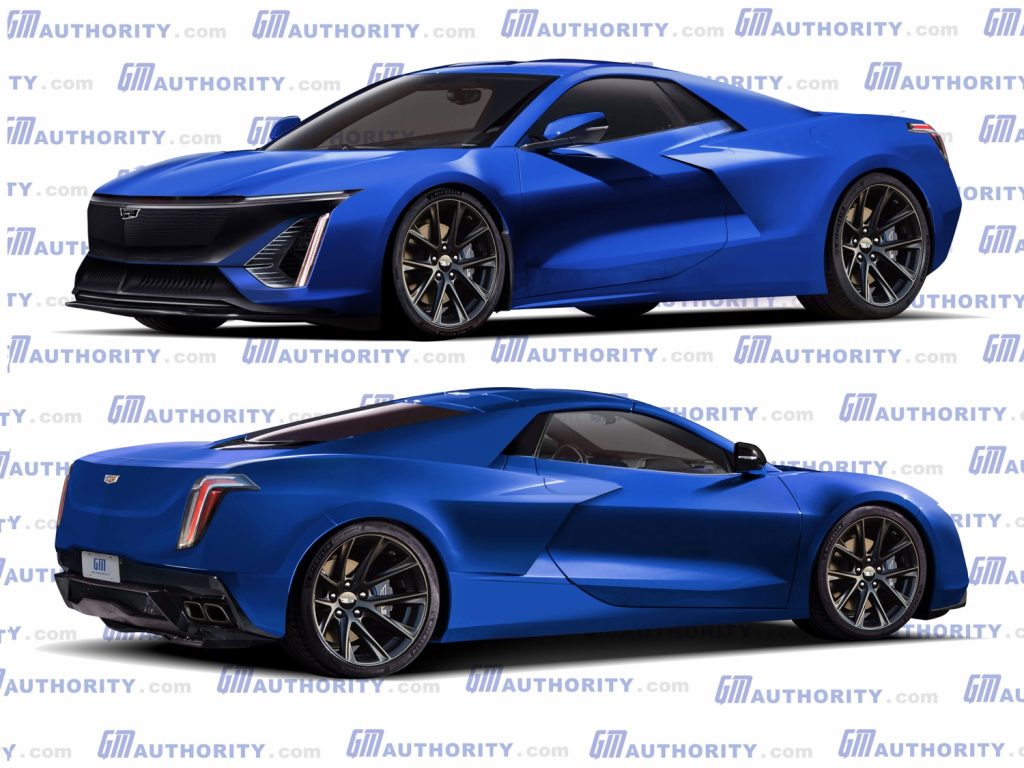 From the off, it should be obvious that we based our rendering on the new mid-engine Chevrolet Corvette, which gives it the stance and proportions needed for such a creation. However, we extensively reworked the body, and in particular the greenhouse, to give it that requisite Caddy flavor.

The front end, for example, sports the hard edges and straight lines of Cadillac’s latest design language, a look also seen on the up-and-coming Cadillac Lyriq all-electric crossover. The lower aero bits jut out from the fascia with purpose, while the tall intakes in the fascia corners lead the eye rearwards towards the tail. The thin lighting signatures add to the look with more hard angles. And don’t forget the light-up badge on the nose, as well. 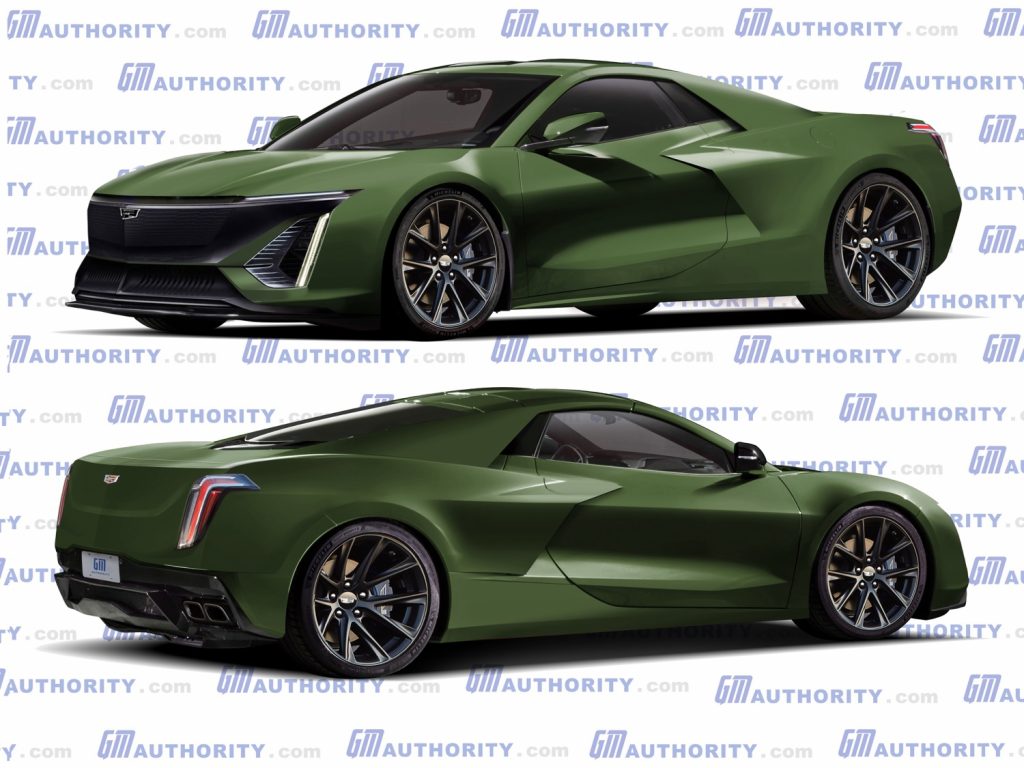 The wheels are staggered front to back, with a wider footprint in the rear. The chiseled side intakes add even more visual impact to the mid-engine Cadillac’s tail section, while also giving it a forward-leaning rake.

Finally, the rear of this mid-engine Cadillac comes with the brand’s sedan-style tail lamps. Lower in the fascia, we included a prominent diffuser element, with quad exhaust tips and squared-off, dark finishers. 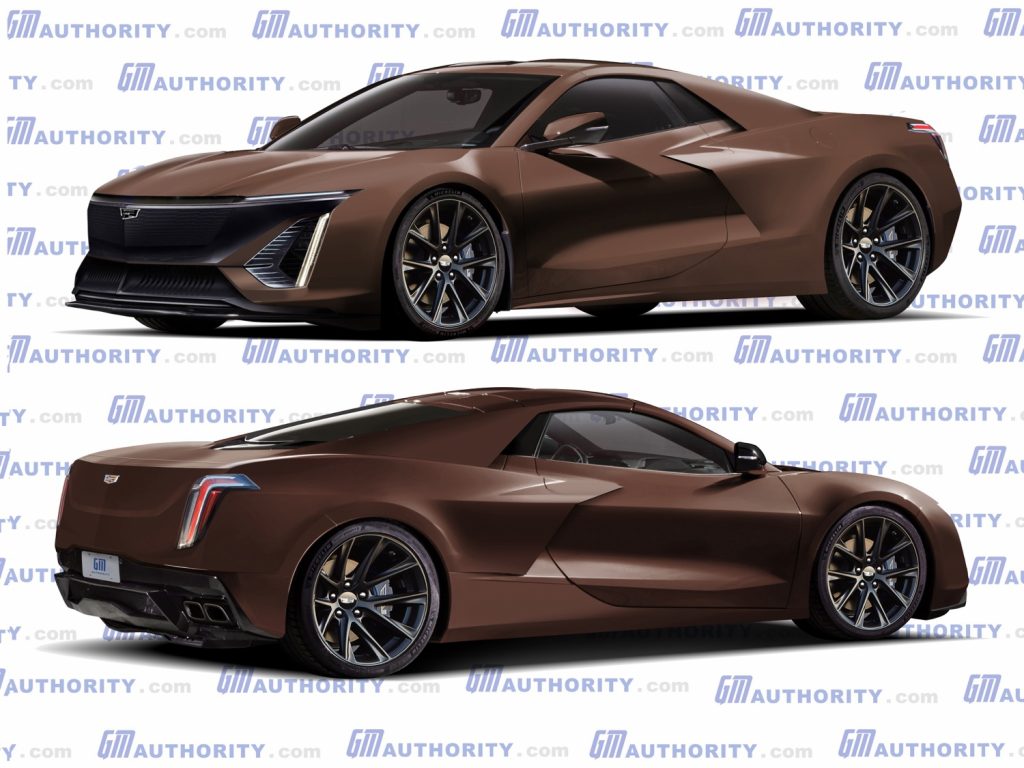 Although Caddy has some impressive performance machines incoming by way of the CT4-V Blackwing and CT5-V Blackwing, we don’t think we’re alone in lusting after this new mid-engine Cadillac sports car. Let us know if you agree in the comments, and make sure to subscribe to GM Authority for more Cadillac news and around-the-clock GM news coverage. 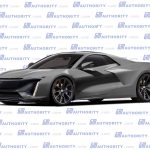 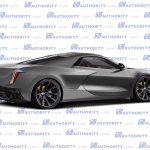 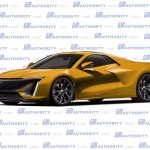 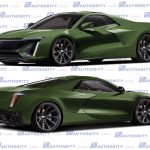 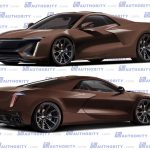 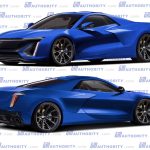