Meet the Legacy ’56, an LS-powered Chevrolet Bel Air with every single box ticked. It looks great, sounds amazing, and comes with a nice backstory to match. 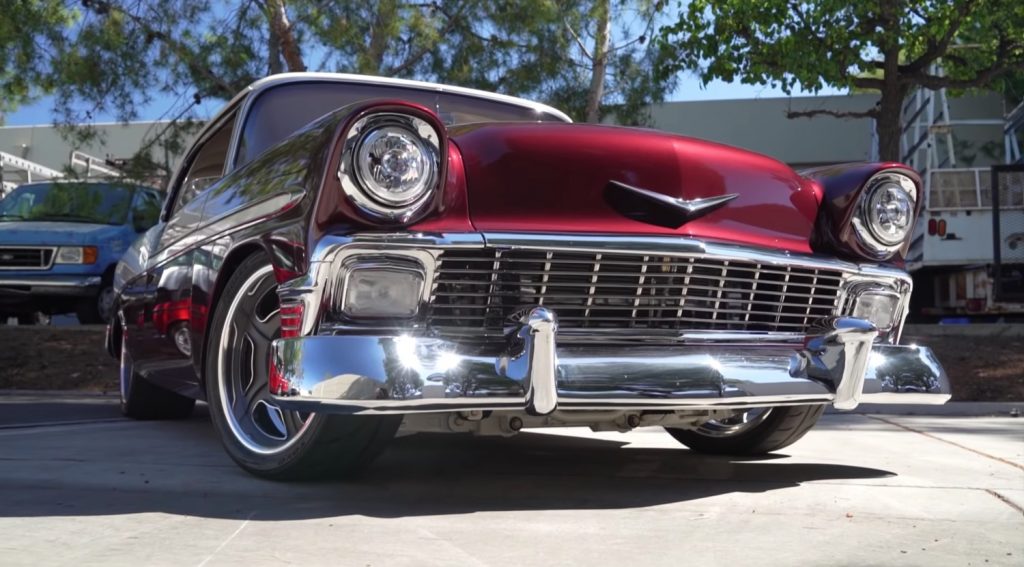 This custom 1956 Chevrolet Bel Air is owned by Dave from SoCal Classic Car Storage. The car has been in his family for decades, bought by Dave’s grandfather from a single owner from new. Dave’s Dad drove it in high school, and by the time Dave got the keys, he knew he needed to give the Chevy the upgradesit deserved. 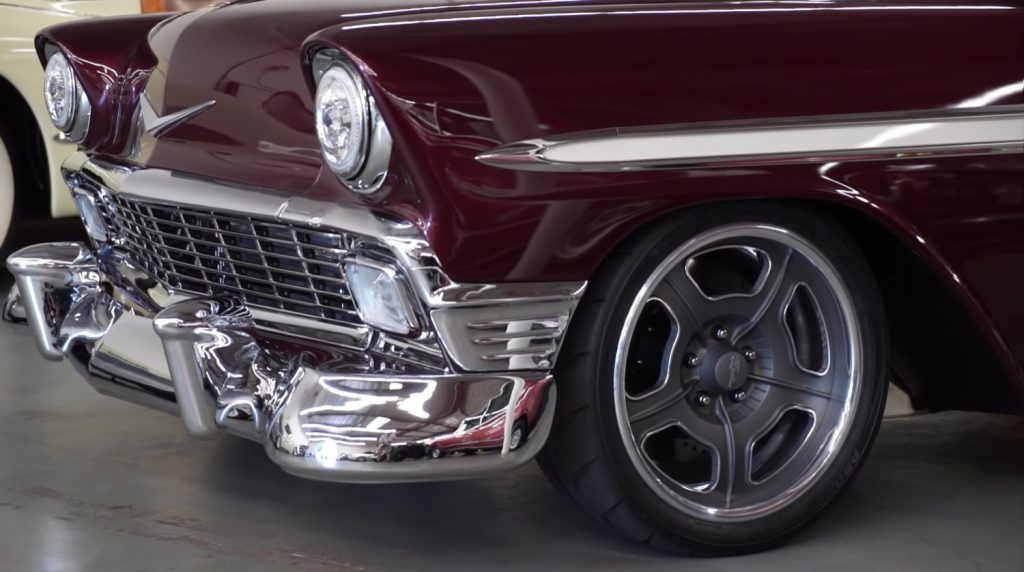 When Dave got it, this ’56 Chevrolet Bel Air wasn’t in the best condition. The interior was starting to come together, but the rest of it needed some love. As such, Dave decided to go all out as a tribute to his grandparents. After several months and thousands of man hours of work, the results speak for themselves. The ’56 Chevrolet Bel Air was nicknamed Legacy, and Dave put “Marestr” on the license plate as a nod to his grandmother. 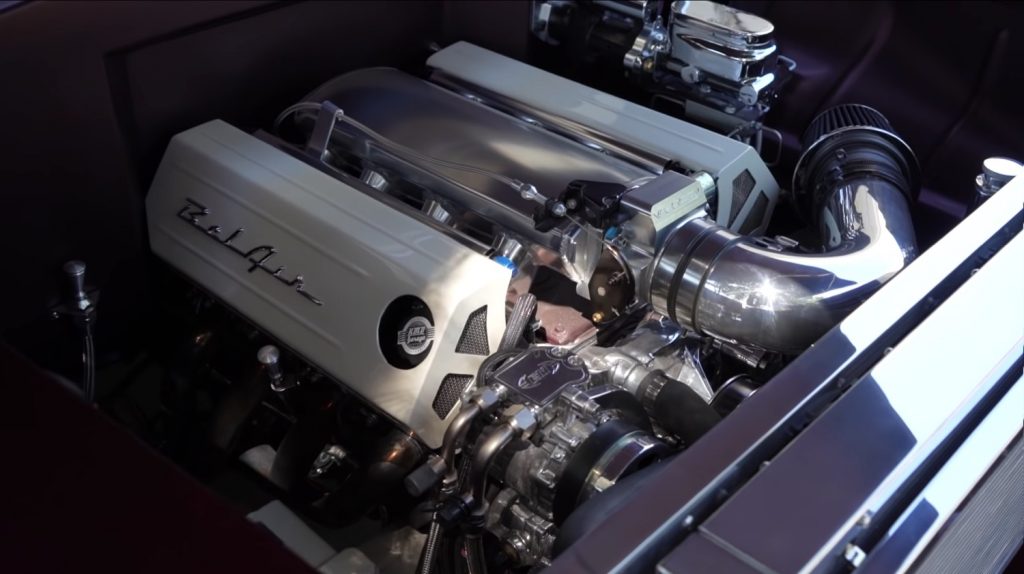 This thing sounds amazing thanks to the LS3 V8 engine, which produces 450 very loud horsepower in this application. It looks also great under the hood thanks to custom valve covers, while a Borla exhaust provides the soundtrack. 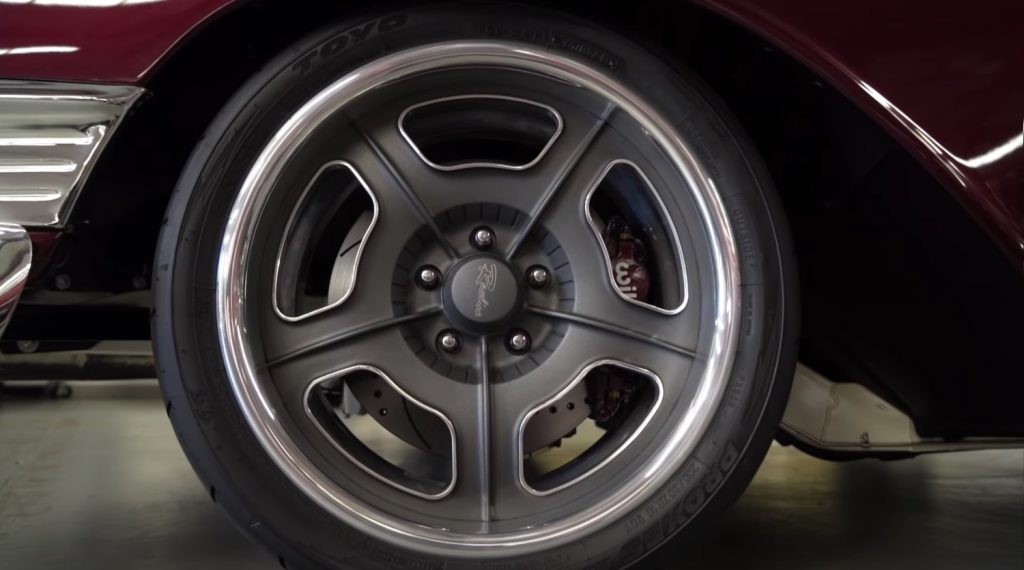 Under the skin is a Roadster Shop chassis and four-link coilover suspension, while Wilwood brakes six-piston brakes haul it down. The brake calipers were also painted to match the exterior, while Raceline Fugitive wheels make it roll. 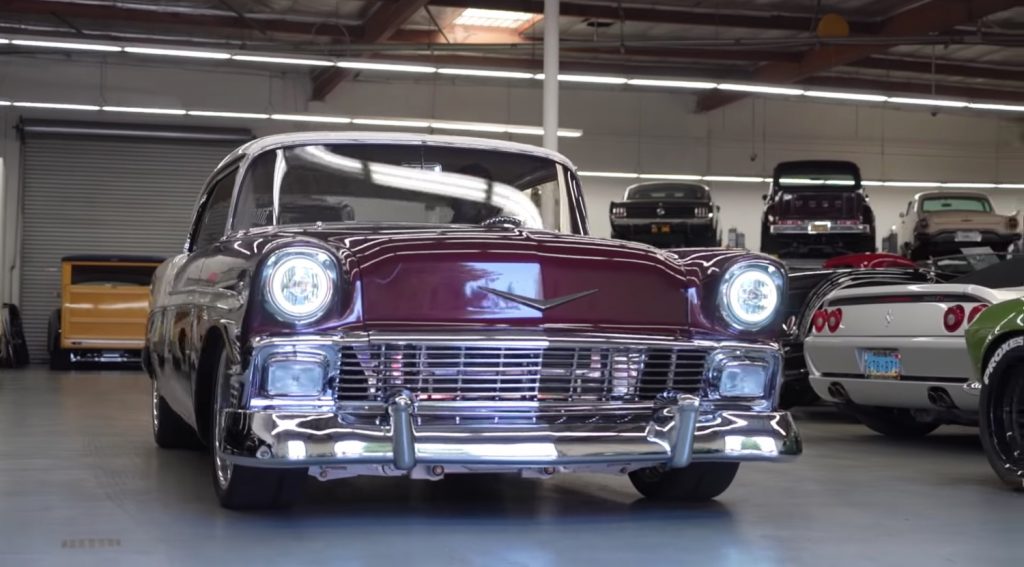 The exterior was finished in a combo of Ruby Ice and Vanilla Cream paint, while the body panels were smoothed out and cleaned up. Some of the emblems were deleted, as were the sideview mirrors, while the bumpers were tucked and some of the bolts were shaved. 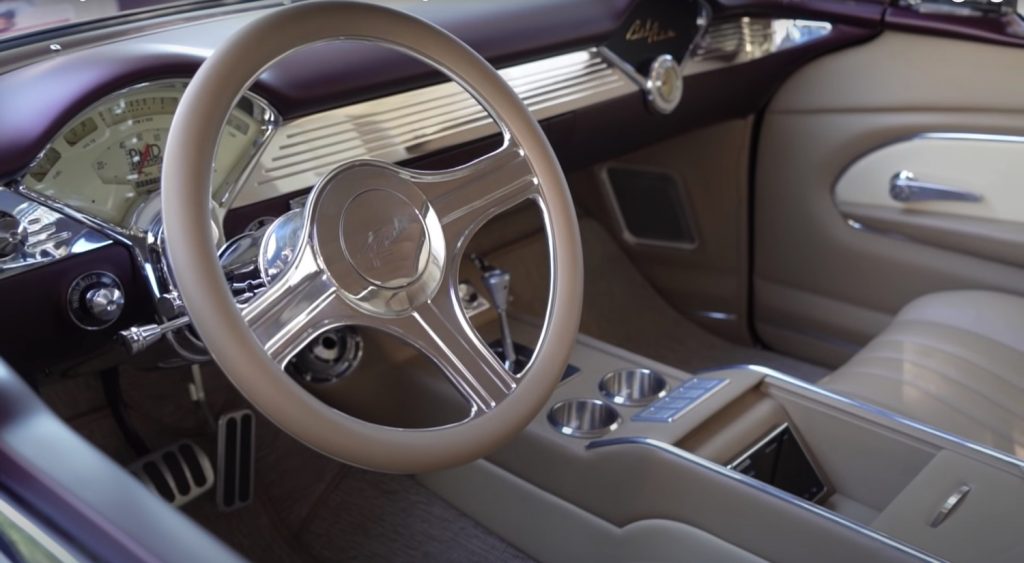 The interior is equally gorgeous, and comes with beautiful upholstery and a dash that matches the exterior paint. The seats are from a Lexus and maintain their power functions, while A/C from Restomod blows cold front and back. Even the trunk looks pristine.

Watching this thing tear down the road, it’s obvious no detail was overlooked. Hit play to see it for yourself. 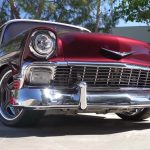 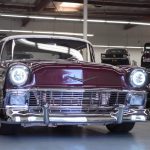 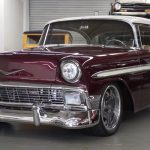 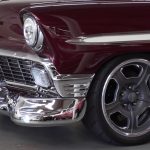 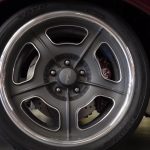 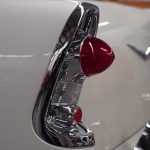 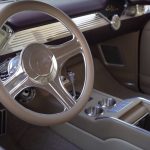 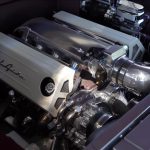 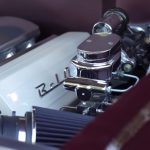