The 1955, 1956 and 1957 Chevrolet Bel Air, 150 and 210, often referred to as the ‘Tri-Five,’ are a staple of American classic car shows and clubs. Attend any local car meet and it’s very likely you’ll see a Tri-Five of some sort there, so for owners of these vehicles, it can be hard to stand out.

One thing is for sure, though, the owner of this sinister-looking 1956 Chevrolet Bel Air custom has no problem standing out. The car, which was recently featured on YouTube channel AutotopiaLA, turns a ton of heads thanks to its matte black/gloss black exterior color combination, low-slung stance, shaved door handles and, perhaps most importantly, the rumble of its 6.2L LS3 V8 engine. 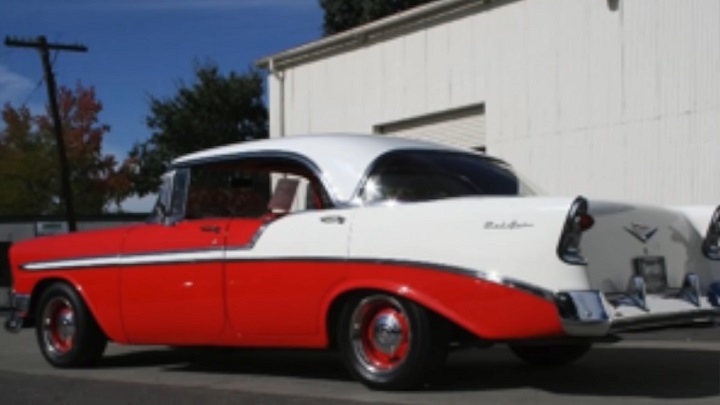 AutotopiaLA spoke to the owner of the car, Matt, who provided some background on the build. Somewhat surprisingly, this car started out life as a four-door ’56 Chevrolet Bel Air in near-perfect condition, but it didn’t remain stock for very long once it fell into Matt’s possession.

After driving the car home, Matt immediately went to work on the car, shaving the door handles, overhauling the interior and replacing the 350 cubic-inch V8 engine (which he blew) with an LS3 crate engine ordered from General Motors Performance. He also installed an airbag suspension and larger, black-painted wheels to give the Chevy coupe the low-rider appearance he had envisioned for it. 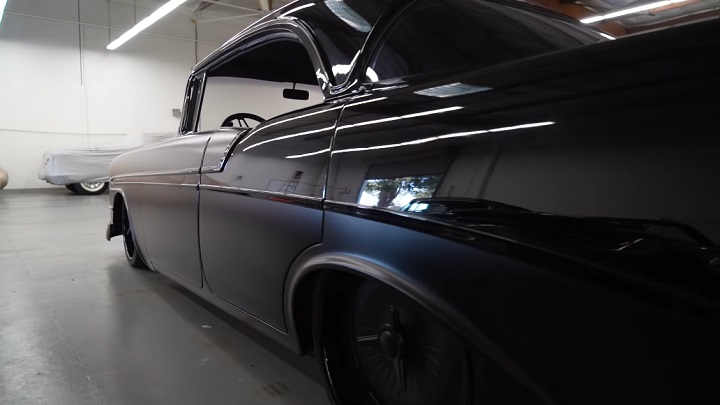 One of the more impressive parts of this Chevrolet Bel Air, in our opinion, is the paddle-shift 4L80E transmission. According to the owner, the paddle shifters work to give him some extra stopping power through the way of engine braking, as he had initially conceived this car as a road rally racer. He later went back on those plans after having a daughter, but he decided to keep the paddle shifters anyways. 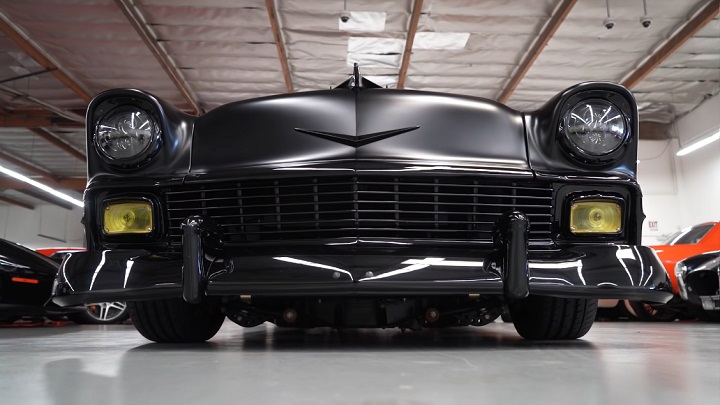 There may be no shortage of Tri-Five Chevrolets out there at car meets and shows, but there’s no denying that Matt’s sinister-looking custom ’56 Chevrolet Bel Air stands out among the rest. Check out the video embedded below to learn more about this rather comprehensive build.