They say you should never clear coat a race car, but Jimco Racing has taking that one further by grafting a host of high-end luxury features to its new Ford F-150 Pre-Runner. To add to the weirdness, this Blue Oval is powered by a Chevy small block V8 engine. 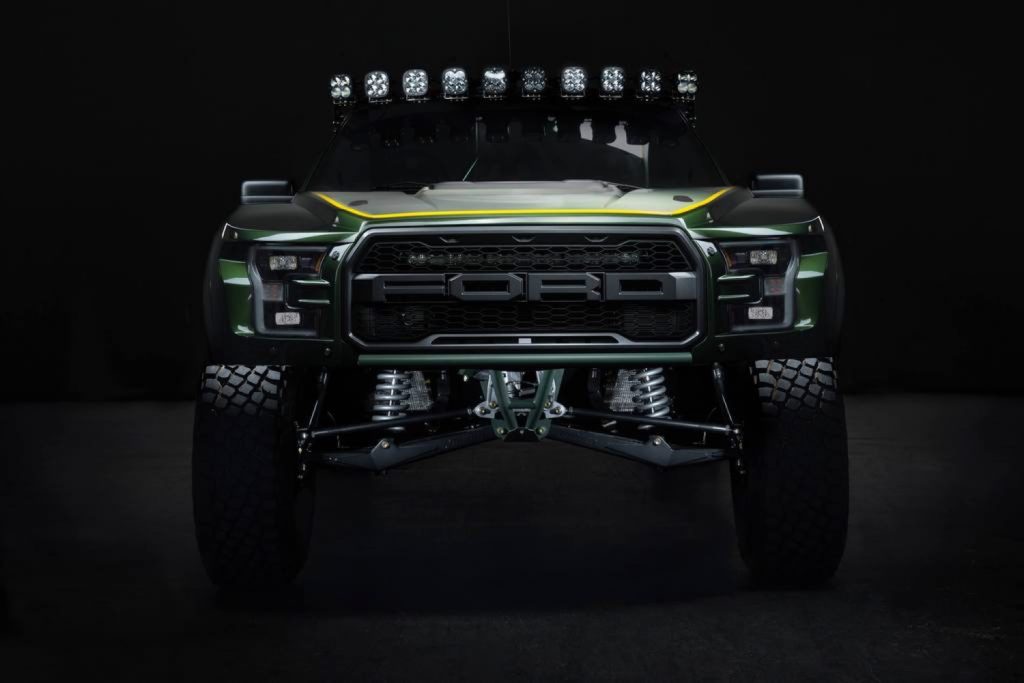 While it may seem odd to stuff a hardcore off-roader with finery, it starts to make sense when considering the original meaning of the word “pre-runner.” After all, these trucks are supposed to “pre-run” an off-road course to provide valuable intel before the actual race, so why not do that in comfort? 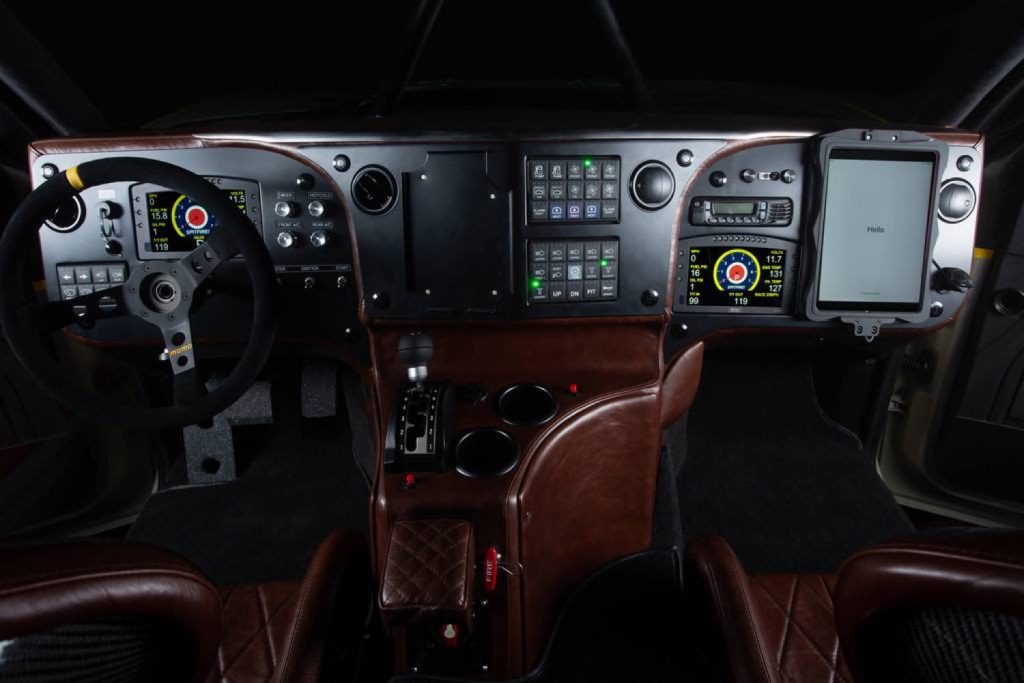 Indeed, the Chevy small block-powered Jimco Luxury Pre-Runner provides exactly that, thanks to a custom cabin space covered in acres of hide, including the seats, the dash, and the center console. There’s an onboard GPS system to identify specific locations on the race route, plus a tablet for the co-driver, while dual air conditioners keep the desert heat at bay. 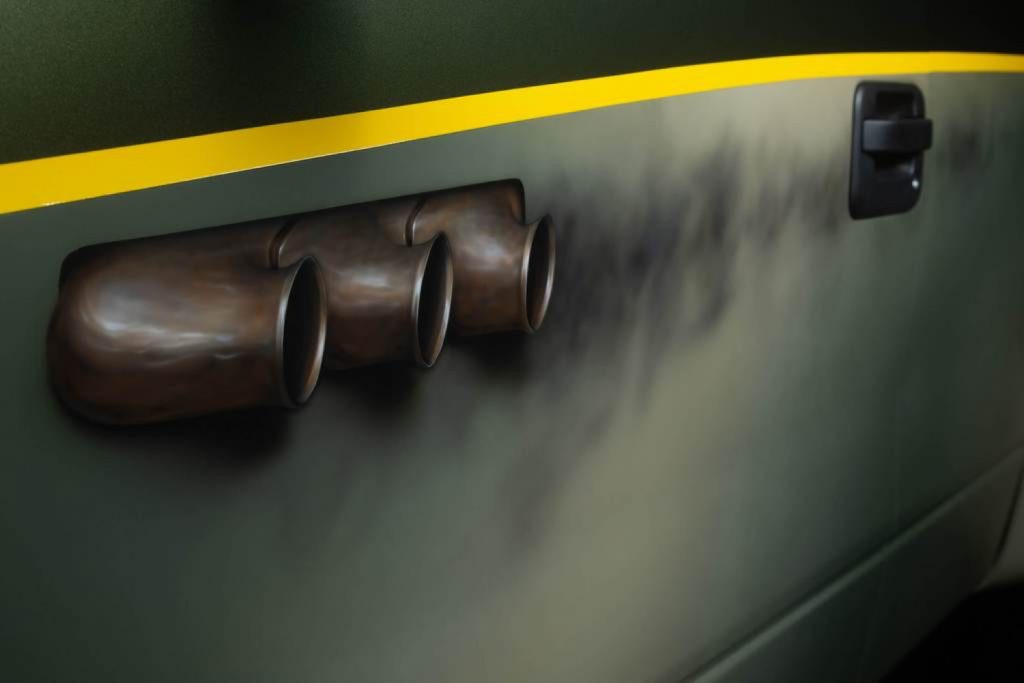 Framed as a “supercar made for the dirt,” the Jimco Racing Luxury Pre-Runner also has all the right performance goodies to match the description. Rather than equip some weak lump from the Blue Oval camp, Jimco Racing smartly went with a custom Chevy small block V8 pumping out upwards of 650 horsepower. The Chevy small block mates to a four-speed Turbo 400 transmission from Gearworks, which drives a set of KMC beadlock wheels wrapped in 40-inch BFGoodrich KR3 race tires. Brembo brakes haul it all down. 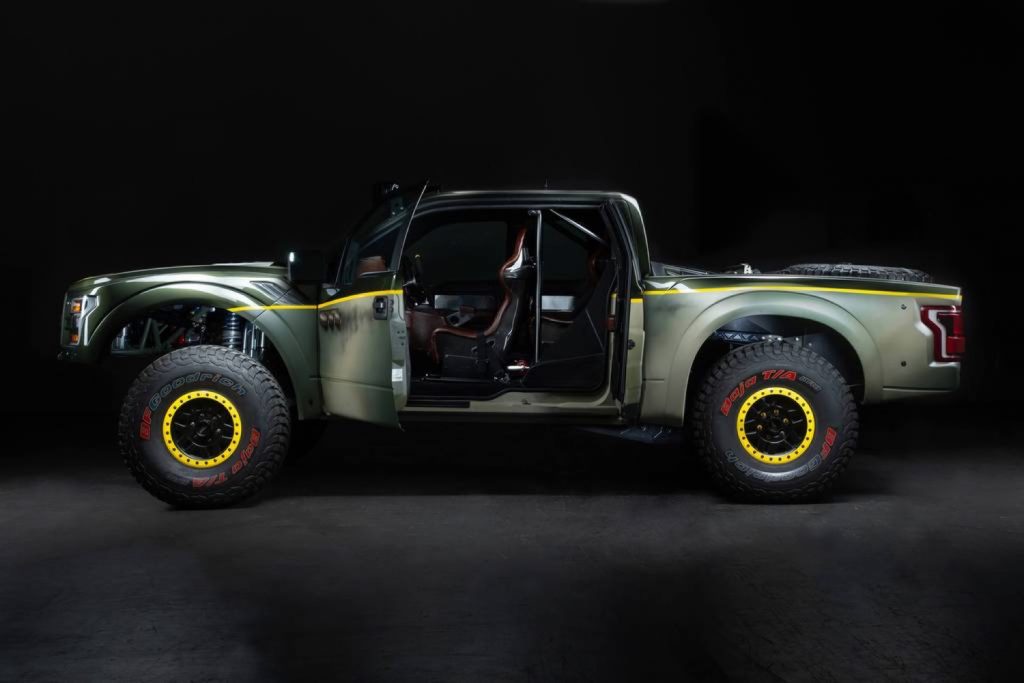 Naturally, the suspension is equally stout, with Fox three-inch coilover shocks, plus 26 inches and 32 inches of wheel travel front to back, respectively.

Funny enough, the Chevy small block-driven Luxury Pre-Runner isn’t a concept – Jimco Racing will build this thing for any customer interested in owning one. Pricing info is currently unavailable, but considering all the custom specs, it’s probably gonna be a pretty penny.

This article was created in collaboration with our sister publication, Ford Authority. 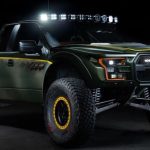 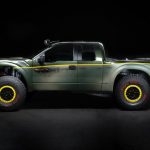 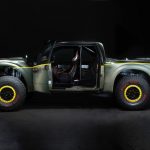 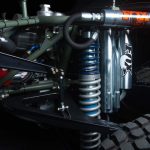 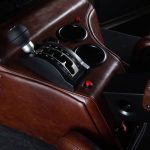 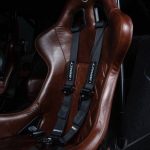 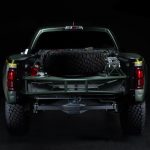 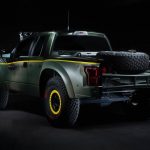 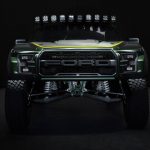 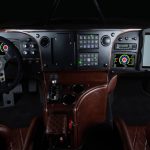 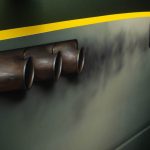