It’s a helluva world we live in when a brand-new mid-engine sports car can be challenged on the racetrack by a big-heavy SUV, but hey, that’s exactly what we get in the following video from Stangkilr Productions, which pits the new 2020 Corvette C8 against a modified Jeep Grand Cherokee Trackhawk.

The video launches with some action at the shop, where we get the lowdown on some very tasty muscle cars, including one very loud 2019 Chevrolet Camaro ZL1. The Camaro is equipped with a few bits and pieces, including methanol injection, a new pulley, new headers, a catch can, and a new intake. The owner also decided to cut the muffler off, which means it’s putting out quite a few decibels as well. 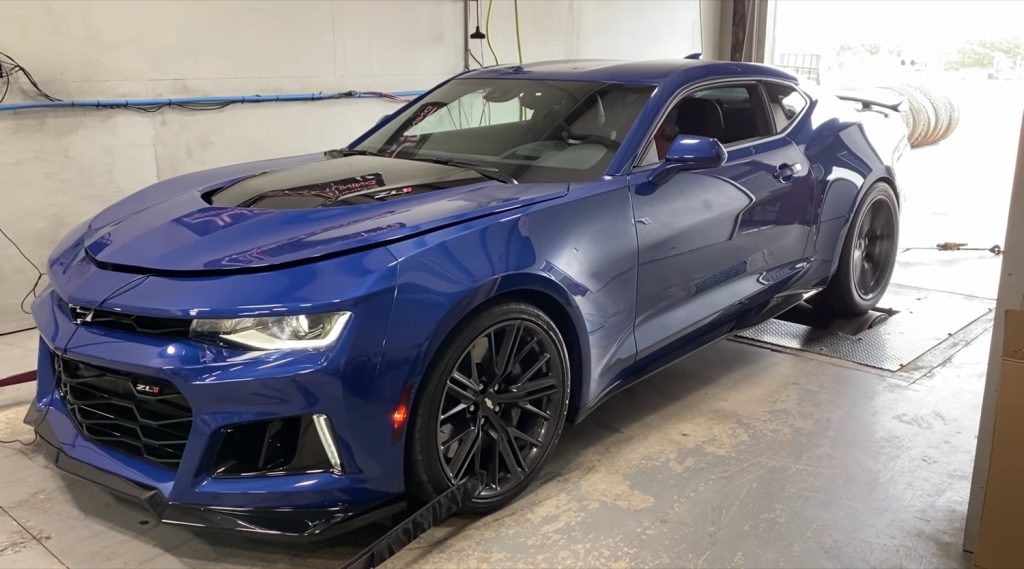 The hosts then place the ZL1 on the dyno, where it lays down 680 horsepower and 700 pound-feet of torque. Not too shabby for a few simple modifications.

Afterwards, the host takes a few more walks around the shop, where we get our eyeballs on loads of muscle car goodness, including a Ford Mustang Shelby GT350, a Dodge Challenger Hellcat, and a Chevrolet SS. However, we’re guessing you’re here for the 2020 Corvette C8, so skip ahead to the nine-minute mark to get in on that action. 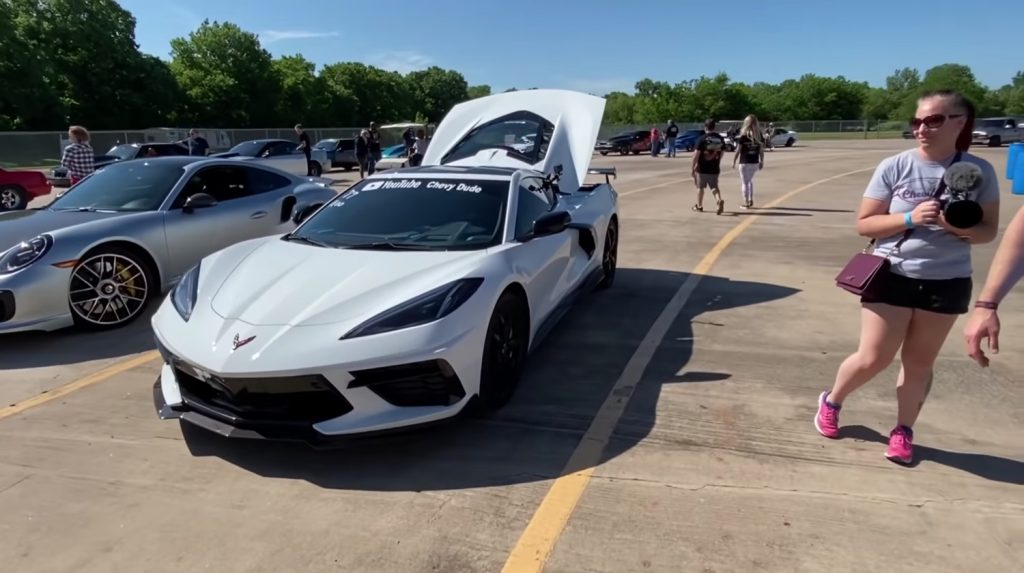 Fast forward to the track, and we find none other than YouTuber Chevy Dude with his white 2020 Corvette C8 3LT ready to do a few passes. After checking out the car, the video host challenges Chevy Dude to a race against his modified Jeep Grand Cherokee Trackhawk. 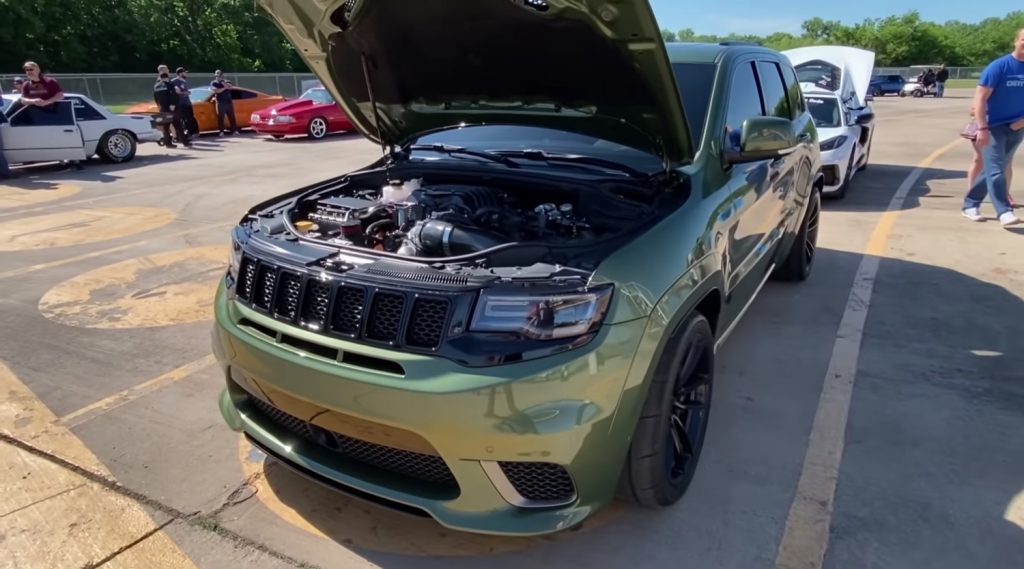 After some quick burnouts, the 2020 Corvette and Trackhawk stage up in their respective lanes and get ready to blast down the track. Unfortunately for those Jeep fans out there, the Trackhawk launches in RWD mode, which means it doesn’t have the traction needed to match 2020 Corvette, handing the Chevy the win.

Things are a little different for the second run, but we’ll let you see it for yourself.