YouTube channel CarWow recently decided to pit the Hummer H1 against the Mercedes-AMG G63 in a tug-of-war battle – a one-sided fight that was sure to end with the Hummer H1 dragging the German luxury SUV as it spun its wheels hopelessly.

Not surprisingly, the military-bred Hummer embarrassed the G63, dragging it across the grassy field that CarWow decided to host this mano-a-mano towing battle in. They foresaw this outcome, however, so they decided to up the ante a little bit and hook a Suzuki Jimny up to the Hummer H1’s rear end as well, making this a 2 vs. 1 towing battle.

Fans of General Motors and the Hummer H1 won’t be surprised to hear that this towing battle still ended with the Hummer H1 dragging both vehicles backward. The Hummer H1 has an advantage due to its torquey diesel powertrain, but we think the real deciding factor here is traction. Whereas the G63 and the Jimny are equipped with regular road tires, the Hummer has wide, knobby off-road tires, giving it more grip on the slippery grass surface. The Hummer H1’s extra-wide track also gives it more control on slippery surfaces than the comparably narrow G63 and Jimny. 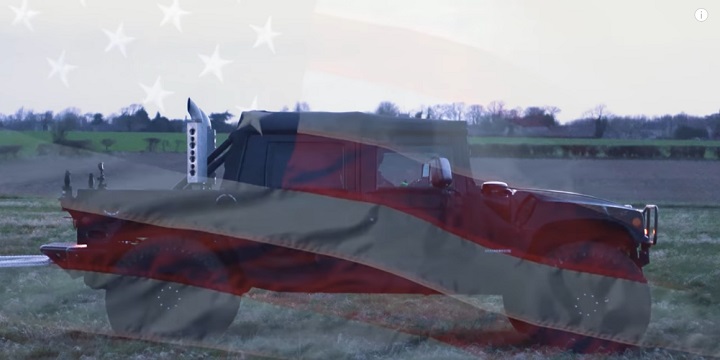 Surely three vehicles are enough to beat a Hummer H1 in a tug-of-war, right? For its final test, CarWow hitches a Mitsubishi L200 with a 2.3L diesel engine up to the Hummer H1, along with the Mercedes G63 and Suzuki Jimny. We don’t want to ruin the video, so be sure to check it out embedded below to see how the Hummer H1 fares against three vehicles in a heads-up tug-of-war.