Just last week, we covered Hennessey’s record-setting 205-MPH run in the new 2020 Corvette C8. Now, we’re getting a behind-the-scenes look at what went down to make the run happen.

Set at the Continental Tires Proving Grounds in Uvalde, Texas, the Hennessey team is onsite to push their new 2020 Corvette as far as it’ll go. After unloading the Vette and shooting some photos, the team then preps the car by installing cameras in the cabin and on the body, as well as doing a quick oil change. 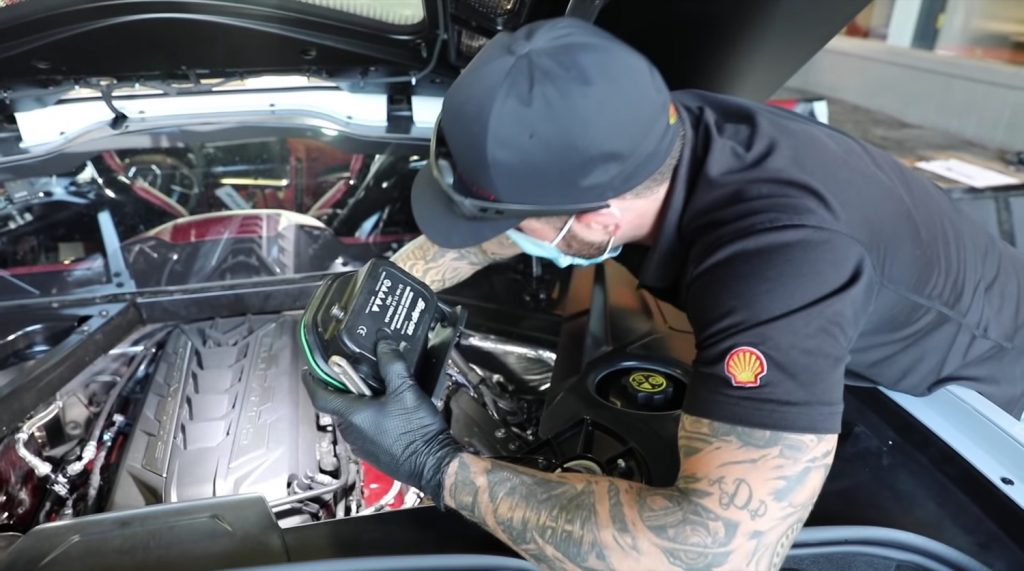 The Hennessey 2020 Corvette is equipped with a stainless steel exhaust system, and a Nitrous Express kit, the latter of which adds 135 horsepower to the equation. It’s a potent combo, and promises to add some serious MPH when unleashed.

At the helm is GM development driver John Heinricy, a.k.a. “Heinrocket.” Sitting shotgun is popular YouTuber TheStradman, who attempts to document the experience without getting in the way.

The first run is impressive, laying down 195 mph. However, the team isn’t satisfied, and decides to modify the car’s rear end by removing the rear wing included with the optional Z51 Performance Package. The wing makes downforce, but also creates a lot of drag, so without it, Hennessey’s upgraded 2020 Corvette C8 should have the clean profile needed to punch through the 200-mph barrier. 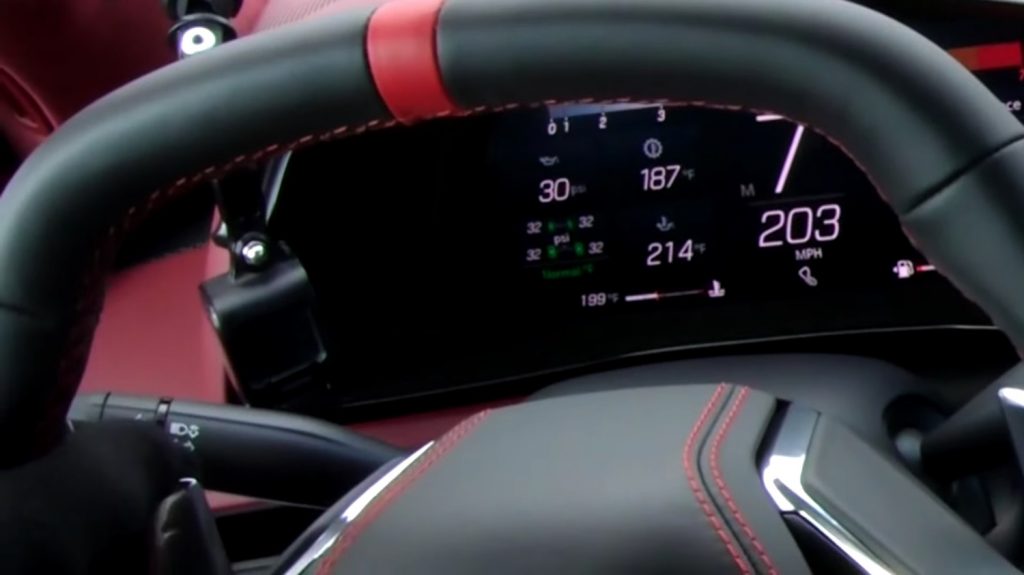 And punch through it does, laying down a run at 205 mph. The run looks a little hairy from inside the cockpit, as the Continental Tires Proving Grounds is apparently not some ultra-smooth race surface. Rather, the road looks to be closer to something found in “the real world,” which means Heinricy has his work cut out for him.

Even so, the car and crew walk away with a new record. Up next, Hennessey says it’s working on a new twin-turbo kit for the 2020 Corvette C8, and once we get eyeballs on that, we’re sure a new top speed run will follow.