General Motors will report its first-quarter 2020 earnings tomorrow, May 6th before the market’s opening bell. The GM Q1 2020 earnings report will be noteworthy for investors, stakeholders and fans alike, as it will contain interesting information on many levels.

As of this writing, Wall Street consensus pegs GM Q1 2020 earnings to land around 40 cents per share from $32 billion in revenue. Not all analysts are in agreement on that forecast, by the way.

For instance, Credit Suisse analyst Dan Levy slashed his first-quarter 2020 estimate from a 29 cents per share earnings to a loss of 9 cents. The analyst still rates GM stock as a Buy, with a $33 price target as a result of the Detroit-based automaker having a strong balance sheet and sufficient free cash flow generation, enough to get it through the COVID-19 crisis, and beyond. Meanwhile, GM earned $1.41 per share on $35 billion in revenue in the first quarter of 2019.

Analysts expect the second quarter to be much worse, with GM losing 85 cents per share from $24 billion in revenue. Even assuming better car sales in May and June, analysts see GM Q2 sales dropping 33 percent on a year-over-year basis. Auto sales fell about 50 percent in April compared to April of last year.

Last week, GM cross-town rival Ford Motor Company reported a $2 billion loss for the first quarter while FCA reported a $1.8 billion loss this morning. FCA has announced plans to restart production the week of May 18th.

Things To Watch For

Arguably the biggest news to watch for will be executives’ guidance on restarting production in light of the COVID-19 pandemic. GM’s plan to cope with the effects of the pandemic, both financially and strategically, will be another. And though GM plants are not sitting completely idle as they make ventilators and face masks, those are not viable alternatives to sustain the automaker into the future. To cope with the effects of the pandemic, The General drew down $15.4 billion from its credit lines, while opening up another line of credit worth $3.6 billion. It also suspended its dividend and share repurchase program, as well as any prior guidance for the 2020 fiscal year.

Another major topic during the GM Q1 2020 earnings release tomorrow will be electric vehicles, and how the virus will impact their development and customer demand. GM has quite an EV onslaught planned, with a strategy to bring to market 20 EVs by 2023. 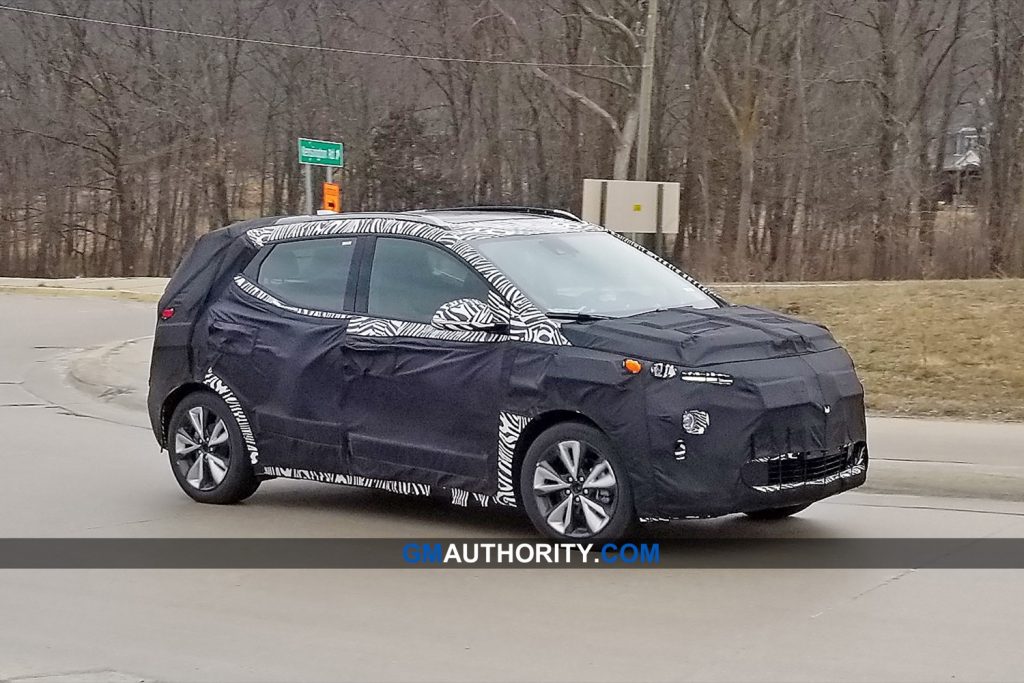 GM shares are trading 43 percent down year-to-date, which is slightly better than the 47 percent drop for cross-town rival Ford Motor Company. The Blue Oval reported a $2 billion loss during the first quarter, though it’s worth noting that the automaker was having issues prior to the COVID-19 downturn. Incidentally, Ford shares rose 4.1 percent after it announced the $2 billion loss for Q1, while also forecasting a $5 billion loss for Q2.

Generally speaking, auto stocks have been struggling during the pandemic, with suppliers, dealership groups, and automaker all seeing significant losses in value on the market. Only Tesla remains the exception, with shares up 80 percent year-to-date, despite the automaker having never turned a profit from automotive operations. Fanboydom for the win, as they say.

GM Authority will be here to bring you live coverage of the earnings tomorrow morning, so be sure to subscribe for more GM financial news and around-the-clock GM news coverage.