The GM Cruise autonomous vehicle division is working hard to develop new technology that will power a fleet of Cruise Origin self-driving taxis. Although the company has sidelined its Chevrolet Bolt-based Cruise prototype vehicles (otherwise known as Cruise AVs) amid shelter-in-place orders in effect as a result of the COVID-19 pandemic, aside from delivering meals for the San Francisco-Marin Food Bank, the tech company is still running daily driving simulations to improve its software, as highlighted in this new video. 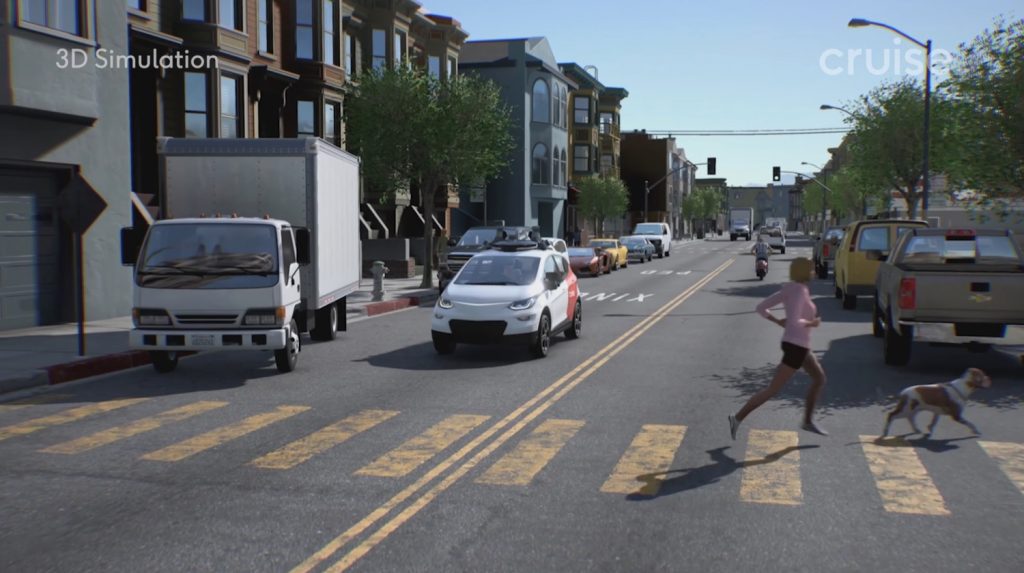 The video is just one minute, 48 seconds long, and shows a 3D simulation of the Chevrolet Bolt-based Cruise prototype vehicles driving around a rendered version of San Francisco. The digital AV encounters a number of challenges, including pedestrians, cyclists, lane closures, construction zones, lanes obstructed by large trucks, and more. The plethora of challenges is meant to simulate the various problems that the GM Cruise AV software will need to solve when deployed in the real world.

Indeed, one of the biggest obstacles to widespread AV adoption is the immense amount of development time needed to create robust self-driving software. Nevertheless, GM CEO Mary Barra recently indicated that she was “very pleased” with the progress that the GM Cruise autonomous vehicle division had made, saying that it had hit every milestone required thus far. 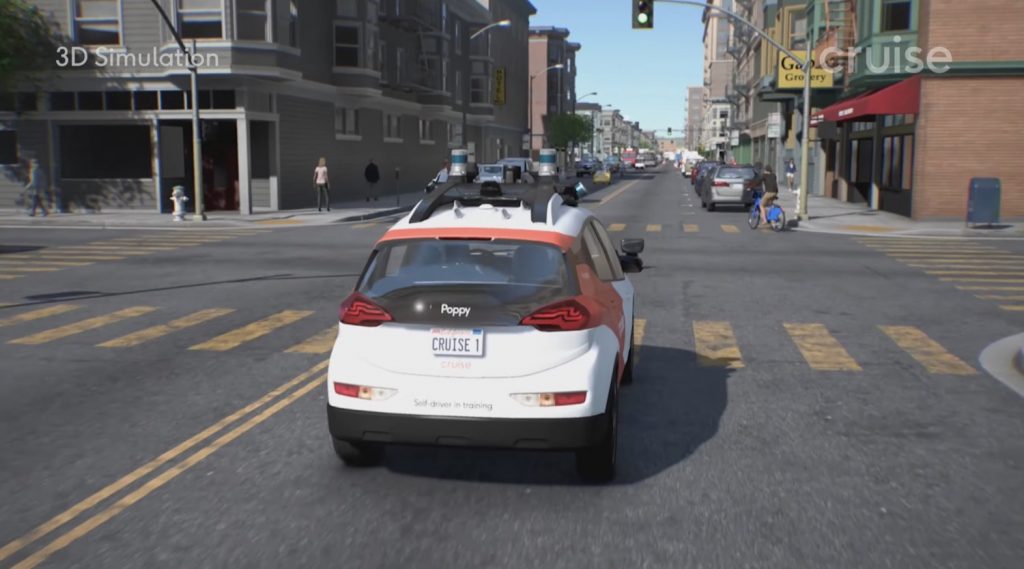 Back in January, Cruise Automation unveiled Cruise Origin, GM’s first truly driverless car. Framed as a production-ready product, Cruise Origin is roughly the size of a traditional crossover utility vehicle, and comes with spacious seating for up to four passengers. The powertrain is 100-percent electric.

By the time it goes into production, the Cruise Automation says that Origin will have core AV software that can best an average human driver in terms of safety and performance.

In order to achieve that goal, the GM Cruise division will continue to develop its technology, both by running the digital simulations featured here, and by conducting real-world testing on the streets of San Francisco once the shelter-in-place orders are lifted.