The Corvette C8 is the realization of a dream that Zora Arkus-Duntov, largely regarded as the true father of the Chevrolet Corvette, had held for years. Arkus-Duntov pushed GM to move the sports car to a mid-engine platform during his time spent with the automaker and even though GM produced multiple mid-engine Corvette concepts over the years, it took until the 2020 model year for GM to finally greenlight a production-ready Corvette with a mid-mounted V8.

While many car enthusiasts are over the moon that the Corvette has moved to a mid-engine platform, there are some Corvette fans who maintain that a true Corvette has the engine out front. Among them is amateur car designer Pedro Ruperto Mallosto, who recently decided to use his graphic design talents to illustrate a theoretical, front-engine Corvette C9 coupe. 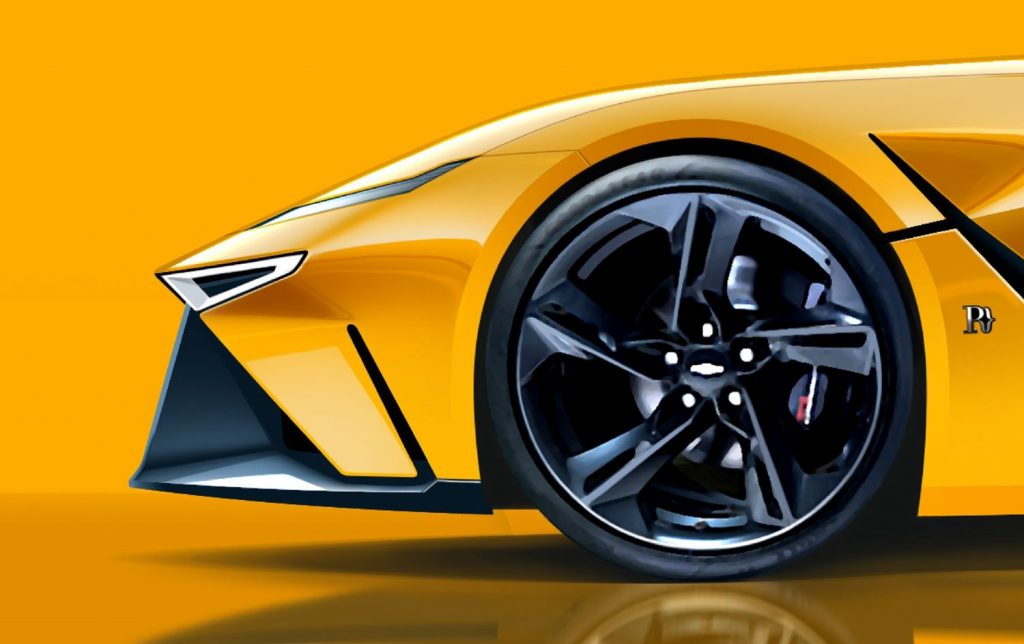 Despite the reversion back to the front-engine, rear-wheel-drive layout, Mallosto’s creation is undeniably contemporary. The front end is extremely futuristic thanks to a pair of narrow, angry-looking LED headlights and a large lower grille/air intake, while the sides take on a similar shape to the C6 and C7 Corvette. Meanwhile, the rear end features the same center-mounted, quad-tip exhaust as the C7 Corvette, but improves on the look with a pair of oval-shaped taillights that sort of remind us of the Ferrari SF90 Stradale.

While most fan-made renders are a bit unrealistic in their execution, Mallosto’s Corvette C9 rendering looks as though it could actually enter production. We have our doubts GM would ever go back to a front-engine layout for the Corvette after investing so much into the mid-engine Corvette C8 platform, however, so there’s little chance that Chevrolet will make the Corvette C9 a front-engine model.

We’re still waiting on the Corvette C8-based performance variants like the Z06 and ZR1, so we don’t want to get too ahead of ourselves thinking about the Corvette C9. For now, Chevy fans can let us know if Mallosto’s Corvette C9 rendering is a hit or miss in the comments down below.