Former New York Giants quarterback Eli Manning recently auctioned off his 2012 Chevrolet Corvette Grand Sport Convertible Centennial Edition in support of COVID-19 relief efforts. The NFL superstar acquired the special-edition Vette in 2012 following his recognition as MVP in Super Bowl XLVI, during which Manning led the Giants to a 21-17 victory over the New England Patriots. 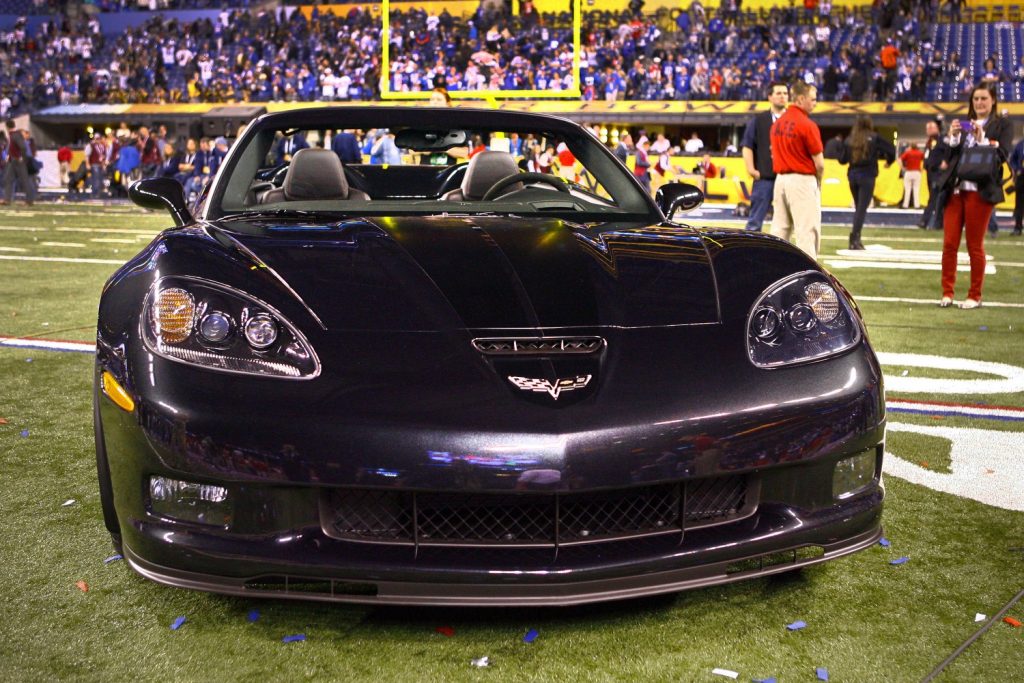 Manning’s 2012 Chevrolet Corvette Grand Sport Convertible Centennial Edition is powered by the naturally aspirated LS3 6.2L V8, which is rated at 436 horsepower and 424 pound-feet of torque, accelerating the drop-top to 60 mph in less than four seconds. It also comes with a number of unique touches to help it stand out, including unique badging, wheels, interior treatment, and standard Magnetic Selective Ride Control.

“I will actually come and hand-deliver this to whoever wins it,” Manning said in a video post accompanying the auction. “We’ll get to hang out for a little bit, chat. I’ll get to meet your friends and family. Maybe we’ll go out to lunch and maybe I’ll teach you how to handle this bad boy.”

Eli Manning has accepted the #ALLINCHALLENGE. Go to https://t.co/D0FYe6rxZw to participate & enter for a chance to hang out with Eli Manning to help feed the hungry during this challenging time. pic.twitter.com/sjYxMaK2kV

The Chevrolet Corvette was donated as part of the ALL IN Challenge, a digital fundraising organization that provides food to those in need, including children, the elderly, and frontline heroes.

“Food insecurity is a mounting issue but never more important than during COVID-19 and the unprecedented shortage of food resources our nation is facing,” the organization states on its website. “Among those most in need: students who rely on currently closed schools for several of their meals each week; the newly unemployed who are facing uncertain circumstances; and the vulnerable elderly population sequestered in their homes without access to food.”

Source: Fanatics All In Challenge