Toronto Motorsports Park, also known as Cayuga, recently held its first public open lapping session of 2020. The event should have been a fun way to kill some time amid the COVID-19 pandemic, but instead, things devolved into chaos as several cars wrecked, a fight broke out and a C7 Corvette Z06 caught on fire. 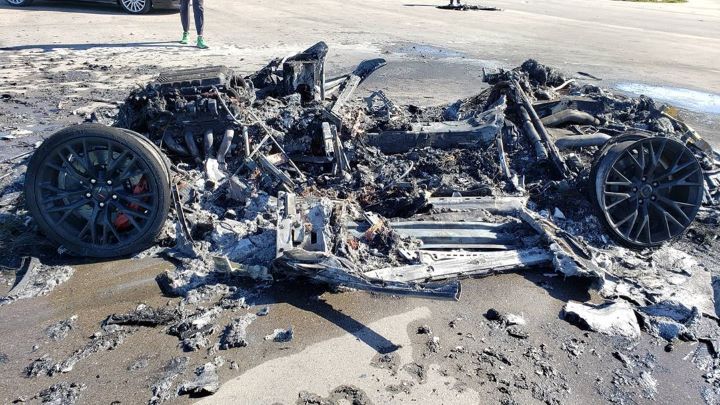 While the various crashes and wrecks are certainly a bad look for Toronto Motorsports Park’s safety team, the C7 Corvette Z06 fire potentially posed the greatest risk to attendees. It’s not clear how the supercharged 650-horsepower sports car caught on fire, but an Instagram video taken by the car’s owner shows it engulfed in flames as it sits dangerously close to a row of bleachers.

“Safe to say it’s not my best track day, given my f***ing car is on fire,” the owner says in the video as his car slowly burns to the ground.

Be safe when you track you car make sure everything is good to go before hitting the track never know what might happened good thing the owner is fine and nothing happened to him. Race safe!…..😔 #impulsive #corvette #chevorlet #corvetterc7 #corvetterc8 #racecar #trackcar #trackday #torontomotorsportspark #cayuga #tmp #besafe #burnedcar #toasted #build

While we can’t be certain how this Corvette caught on fire, the Z06 has always had issues with heat. As we reported back in 2015, the Z06’s exhaust valves can reach 1652 Fahrenheit when the vehicle is being pushed on the track, while the exhaust gasses can reach 1238 Fahrenheit. GM was also forced to redesign the Corvette Z06’s hood and supercharger cover shortly after the vehicle’s release in late 2014 to address overheating problems some owners were experiencing when pushing the vehicle to its limits. This particular Z06 does appear to be modified, however, so it’s possible the fire was caused by a non-factory component.

As for the aforementioned wrecks, we’re happy to report no one was injured in any of them, to our knowledge. A video shared on Facebook by a local Toronto area enthusiast showed an overeager Land Rover driver crashing into the side of Subaru WRX, while a separate video included in the same post showed cars going three-wide and exhibiting other dangerous maneuvers. The Facebook user also shared photos of a Mazda MX-5 with rear-end damage, a BMW M2 with rear-end damage and a Scion FR-S with front-end damage – all from the same day.

After the photos and videos were circulated on social media, Toronto Motorsports Park shared a post on its Instagram page indicating it would implement a zero-tolerance policy on drivers who break the rules and will be limiting the number of people who are allowed to attend its public track-day events. Perhaps they should keep a couple of fire extinguishers handy, too.