Longtime Corvette Racing crew chief Dan Binks has decided to step away from the General Motors factory team and retire after a successful, 38-year career spent in motorsports.

Binks is an important member of the Corvette Racing squad. He first joined the Pratt & Miller crew in 2002 and has been instrumental in the team’s success at the 24 Hours of Le Mans as well as in the American Le Mans Series and IMSA Weather Tech Series.

According to Racer, Binks helped Corvette Racing reduce its pit stop times considerably and helped set “new standards for success by an American factory team” on the global motorsports stage.

“Thirty-eight years is a long time in motor racing,” Binks told the publication. “I love my Corvette Racing family, and now it’s time to do something different.”

Binks will remain in the automotive industry in a way, with plans to run an automotive performance and restorations shop in his retirement. He will also continue to work to support the non-profit Camp Anokijig, a children’s camp in Plymouth, Wisconsin that he went to as a boy. Corvette Racing has held fundraisers for the camp in the past and raised more than $25,000 for the non-profit at last year’s IMSA round at Road America.

Binks is a well-liked character in the IMSA and WEC paddocks, known for his jovial yet professional attitude and integrity. Racer says IMSA president John Doonan “was saddened,” over Binks’ retirement, but happy to see him enter a new chapter of his life.

“He will be missed greatly by everyone in IMSA,” Doonan said. 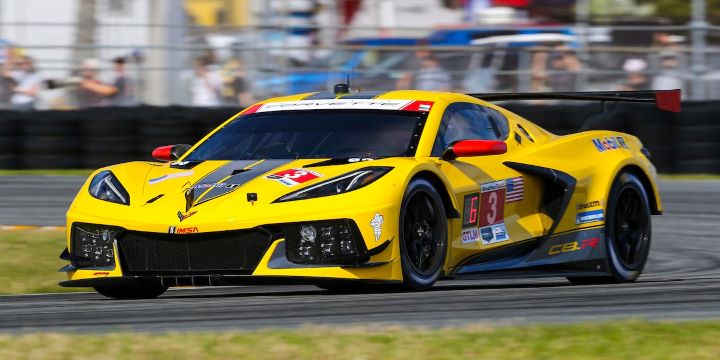 The Wisconsin native’s last race with Corvette Racing was the 2020 Daytona 24 Hours in January. The team was previously set to race in March at the Mobil 1 12 Hours of Sebring, but the event was cancelled due to the COVID-19 pandemic. Corvette Racing will return to the track with a 2-hour and 40-minute long race at Daytona on July 4th, followed by a 2 hour and 40-minute race at Sebring.

Lead photo via Mobil 1 The Grid