Restoring and upgrading a car can be a long process. Many restoration jobs take months or even years to complete, but the guys over at YouTube channel Powernation are all too familiar with turning projects around in a relatively short amount of time.

Powernation recently decided to build a sport truck out of an old 1993 Chevrolet Silverado 1500 and documented the entire build process in one single video. The truck in question had unfortunately lived a hard life, so almost everything except for the body and some interior parts needed to go in order to truly transform this old workhorse into a true street truck.

The centerpiece of Powernation‘s “low-buck sport truck” build is 383 cubic inch stroker Small Block V8 engine, which has been upgraded with a modern-day fuel injection system from Fast, new cylinder heads and a performance camshaft. The engine replaces the old, worn-out General Motors 350 cubic-inch V8 that was previously found in the truck, which had over 250,000 miles on the clock and was not worth upgrading or investing any money into. Handling the gearshifts is a built 4L60E four-speed automatic transmission, which they take to a local specialist for an overhaul and to install some minor upgrade parts. 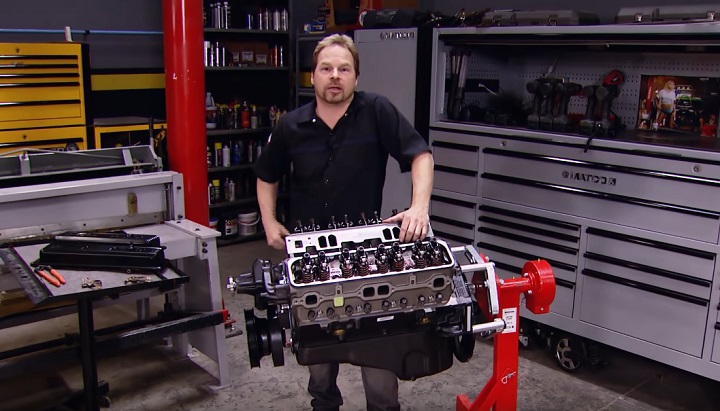 Once the bodywork is complete and the upgraded powertrain has been dropped in, Powernation puts on some finishing touches such as a new upgraded exhaust, a new limited-slip differential and new factory replacement taillights from LMC Truck. With all the work complete, Powernation takes their truck for a spin to test out its newly lowered suspension and upgraded powertrain.

Powernation spent a total of $15,000 on their “low-buck sport truck” with some of the more expensive items being the engine, EFI kit, trans rebuild, exhaust kit and wheels. That’s still a fair bit of money to invest on an old Silverado, but a similar build could definitely be executed for less money if one has the means and know-how to pull it off.

Watch Powernation‘s cheap sport truck build come together in the video embedded below.