A recent police chase near Oklahoma City involving a Chevrolet Silverado pickup resulted in the truck flipping, causing severe damage to the vehicle. However, despite this, the Chevy still somehow managed to keep rolling. 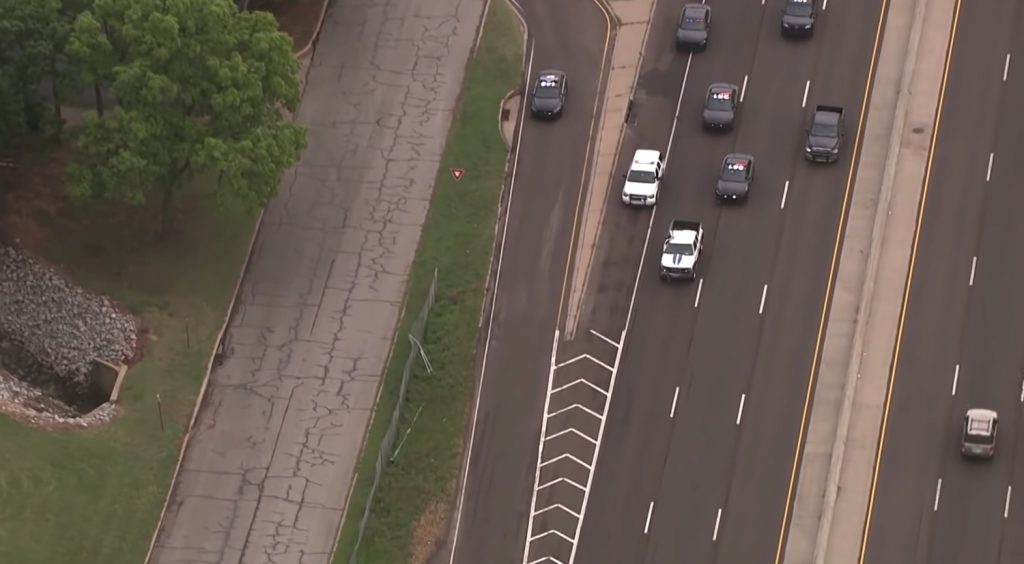 Video of the chase captures the final six minutes and 15 seconds, including the vehicle flipping. The video shows a police cruiser perform a pit maneuver on the fleeing Chevrolet Silverado, causing the pickup to careen sideways. The truck wobbles back and forth as the driver tries to regain control, then slides across a highway, tipping over and rolling onto the median. 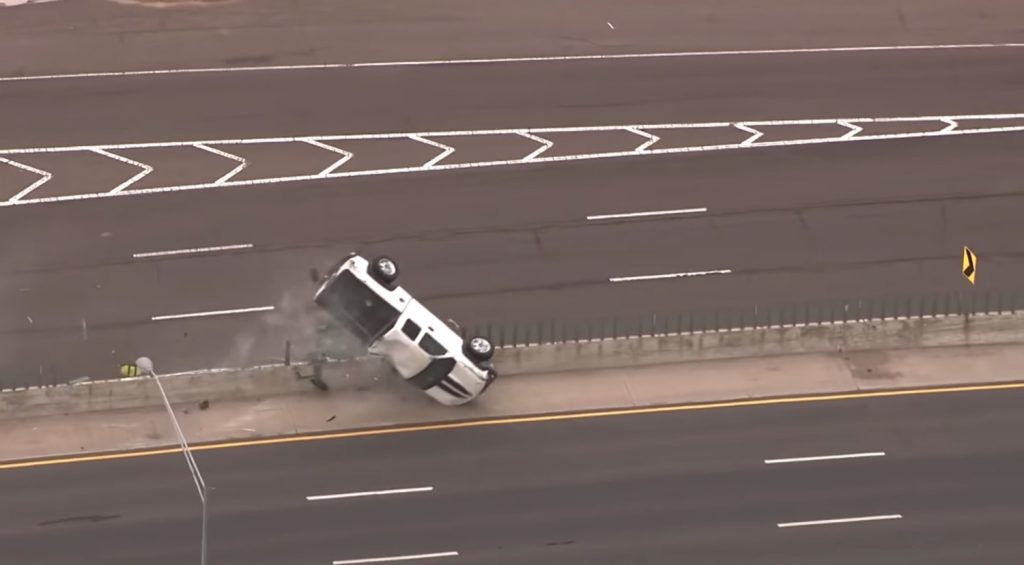 Luckily, the truck doesn’t roll over into the opposite side of the highway, where traffic can be seen flowing in the opposite direction. 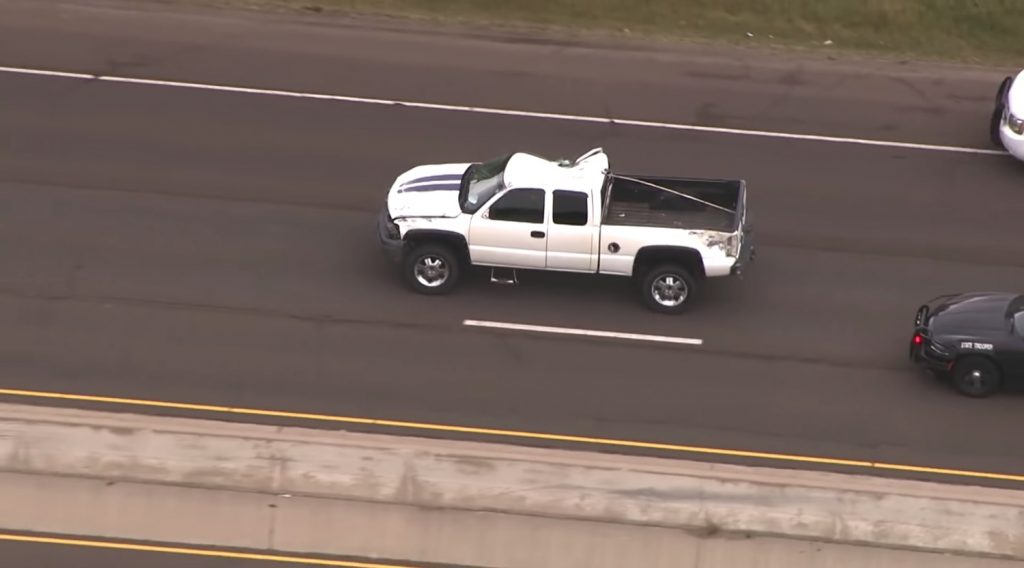 Although the truck is still able to drive, it’s moving at a much slower pace, obviously suffering some mechanical damage after police flipped it with the pit maneuver.

After several minutes, the driver in the damaged Chevrolet Silverado pickup eventually pulls over and exits the vehicle. Police officers approach the suspects and cuff them.

Luckily, no one was injured during the chase. 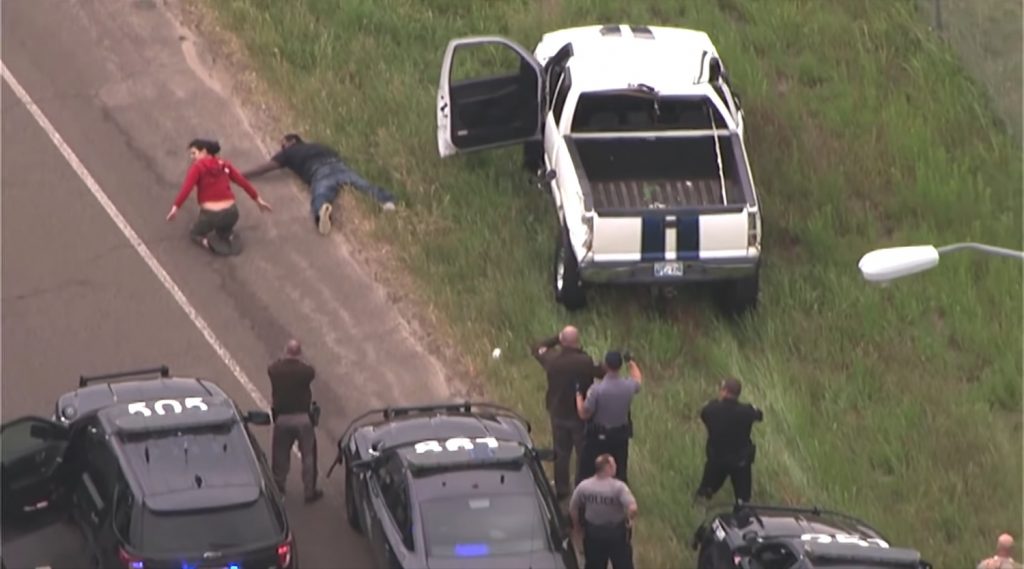 The incident began after the driver failed to yield during a traffic stop. According to local NBC news affiliate KFOR, police were monitoring an area known for drug activity, at which time they tried to stop the Silverado for a traffic infraction. The driver, 43-year-old Floyd Grass, then attempted to accelerate away from police officers.

Grass has been charged with aggravated eluding a police officer, driving without a license, and possession of a firearm after conviction of a felony. No word on whether or not the female passenger will face any charges. 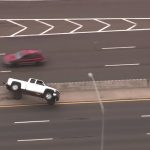 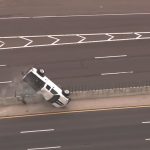 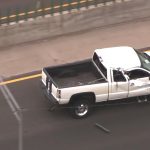 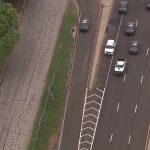 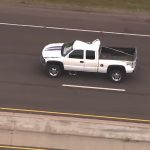 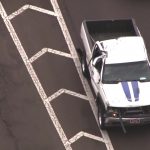 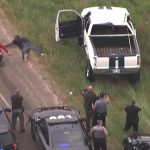