The latest sixth-generation Chevrolet Camaro has very distinct styling, sharing its aggressive fascia styling cues with the new Chevrolet Trailblazer and Chevrolet Blazer crossovers. However, what would happen if Chevy applied the Camaro’s front end directly to an SUV? What would it look like? Now we know thanks to the following rendering images. 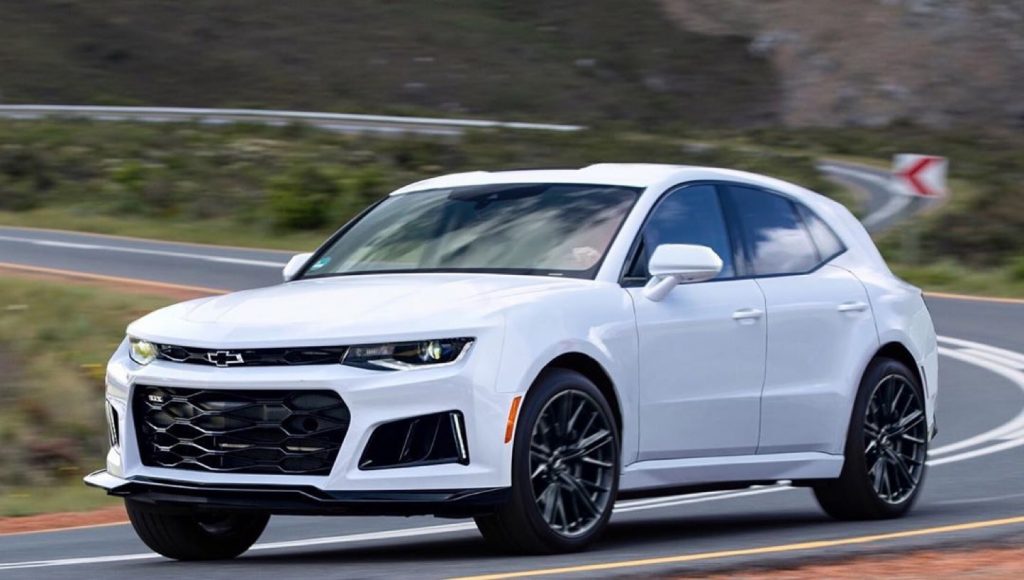 Posted to Instagram by user @tuningcar_ps, the new Chevrolet Camaro SUV renderings appear to combine the narrow headlamps, large front intake, and lower chin spoiler of Chevy’s iconic muscle car to the body of a Porsche SUV. The chiseled Bow Tie brand fascia flows rearwards into a curving roofline and muscle-bound haunches, with large alloy wheels sitting in the corners.

The Instagram post includes a multitude of images, each with a few slight variations to the overall rendering. These include different wheels, different rear spoiler treatments, and different sideview mirrors as the artist transitions from the original image of a Porsche Macan to the Camaro SUV. 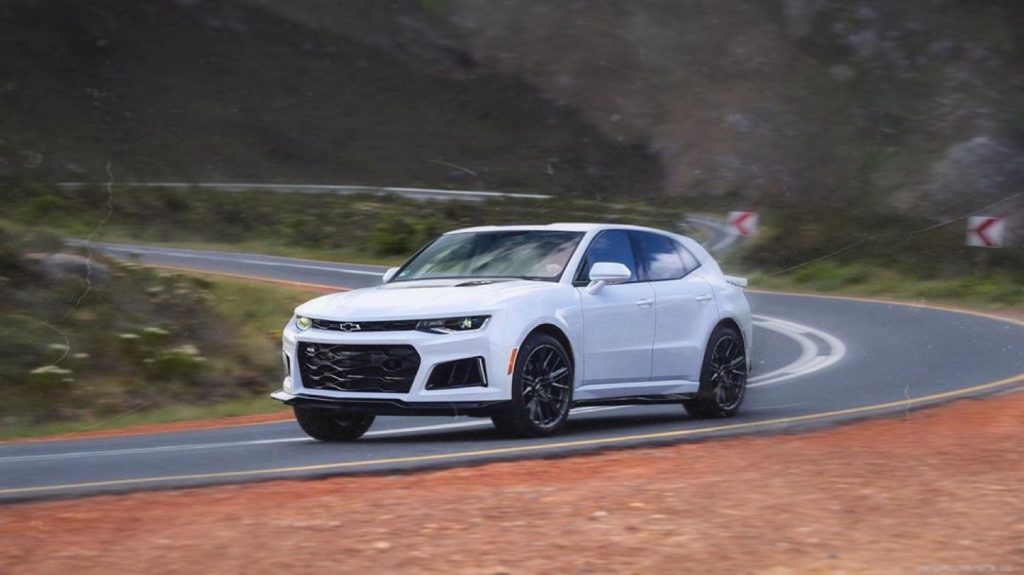 For now, it looks as though the current sixth-gen Chevrolet Camaro will reach the end of its life around 2023, with the possibility of a replacement that may not be in the form that we currently know and love. As far as we know, there are currently no considerations for applying the Camaro nameplate to a crossover or SUV body style, although one could consider the new Chevy Blazer to be somewhat aesthetically related, albeit not mechanically. As such, this Chevrolet Camaro SUV rendering is really only for fun.

That said, there are some rumors that General Motors is considering an expansion for the Chevrolet Corvette brand that may include a new SUV or crossover body style.

Regardless, either scenario, whether it’s a Chevrolet Camaro SUV or a Chevrolet Corvette SUV, is sure to ruffle the feathers of enthusiasts everywhere. On the flipside, SUV and crossovers continue to be hugely popular among buyers, so the situation may be more complicated than it appears at first glance.

What are your thoughts on this new rendering? Let us know what you think in the comments, and make sure to subscribe to GM Authority for more Chevrolet Camaro news, Chevrolet news, and around-the-clock GM news coverage.