As announced in a post on Facebook, Callaway Cars is currently developing a new “Double D” exhaust system for the C8 Corvette. The new exhaust will feature a Single Acoustic Chamber design that was originally developed for the Callaway C12, and it will offer improved flow without in-cabin resonance with regard to exhaust tone.

What’s more, the new Callaway exhaust will come with a center-exit look, unlike the side-mounted quad tips of the stock exhaust system. To make it fit properly, the new C8 Corvette exhaust will also come with a new carbon fiber surround for the rear fascia. Callaway says that the new parts are currently undergoing prototype testing.

Additionally, Callaway is once again working with Italian-based wheel manufacturer OZ Racing to produce a new forged nine-spoke wheel specifically for the C8 Corvette. For those that may be unaware, OZ Racing specializes in alloy wheels for motorsport applications, and provides the wheels for Formula 1 teams, World Rally Championship teams, and others.

The new OZ Racing / Callaway wheel is designed to complement the C8 Corvette’s new styling, and are expected to provide “considerable weight savings over the OE offerings, which will yield dynamic handling benefits due to unsprung and rotating mass reduction,” Callaway explains. 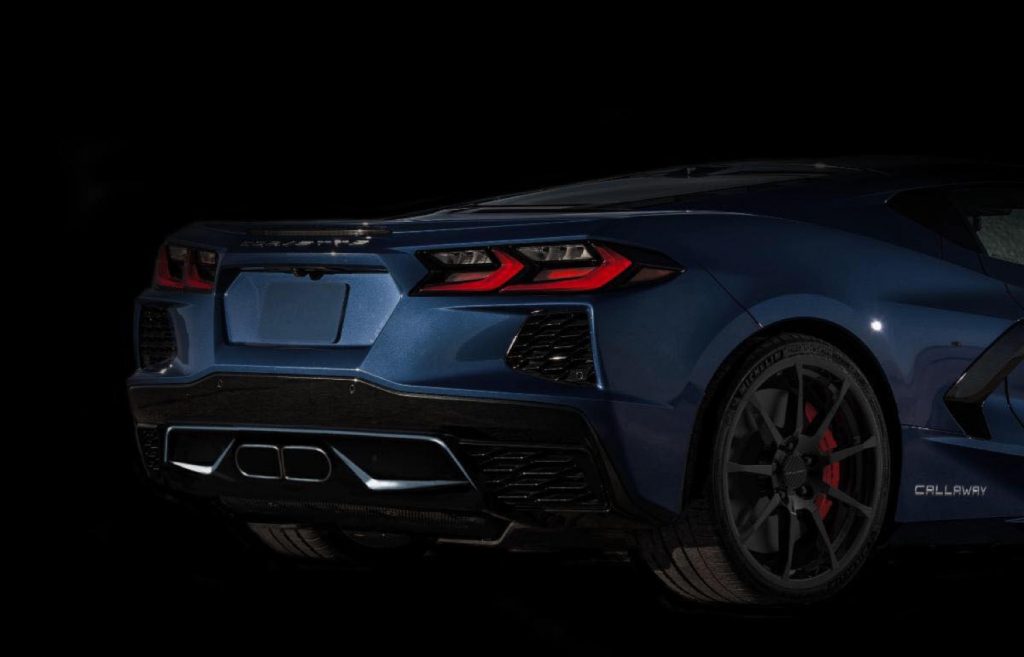 The new wheels will be a bit wider than the standard C8 Corvette rollers, but will still fit the stock Michelin Pilot Sport 4S OE tires in the standard sizing. The wheels will come with a forged construction, and will be offered in a number of different finishes, including “ceramic polished” with a clear protective coating.