If you’re anything like us, you were probably somewhat disappointed to learn that the Cadillac CT5-V Blackwing (as well as its smaller sibling, the Cadillac CT4-V Blackwing) was delayed by the COVID-19 pandemic. Nevertheless, we’re eager to see what the new high-performance sedan will look like, as all we’ve seen thus far are camouflaged prototypes. With that in mind, we took a swing at drawing one up in with the following GM Authority rendering.

To help it stand out from the Cadillac CT5-V, the upcoming Cadillac CT5-V Blackwing will sport a more aggressive front fascia, characterized by a larger upper grille and similar black mesh grille inserts as the standard CT5-V. However, our CT5-V Blackwing also comes with unique black aero bars inside the lower fascia and side intakes. 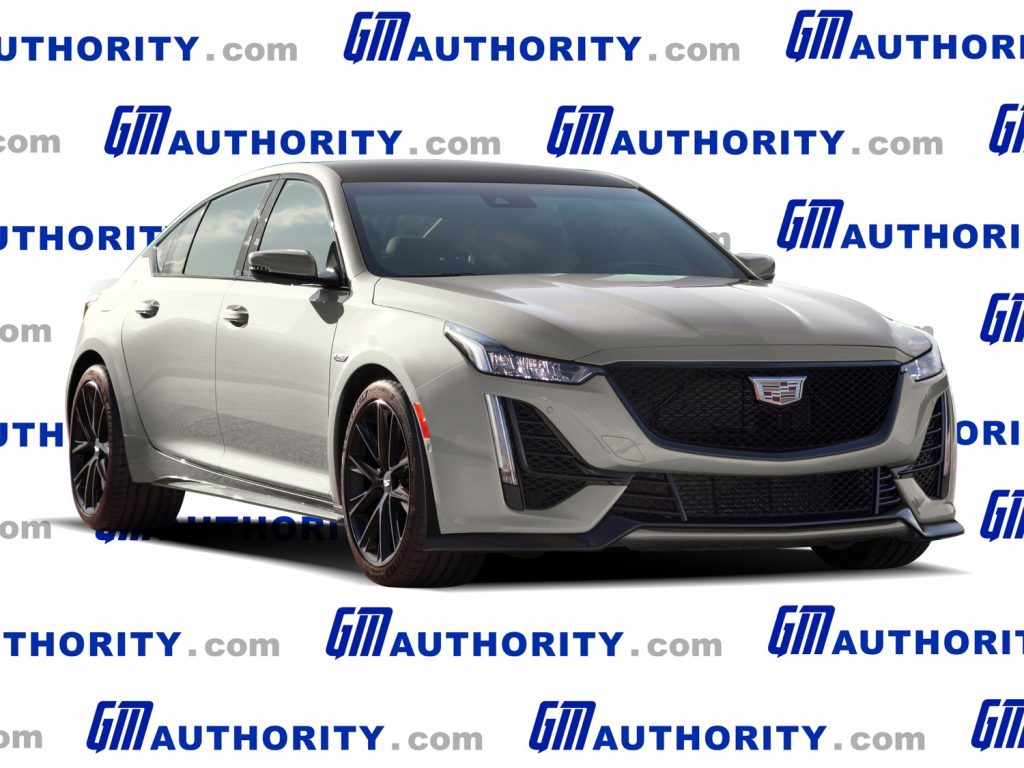 Our Cadillac CT5-V Blackwing rendering also rocks some flared fenders, under which sits a set of black double ten-spoke alloy wheels. These sizable rollers are fitted with wide, meaty rubber, giving the sedan the stance and performance of an ultra-high-performance sedan.

We also added a set of air extractors behind the front wheels. Although it was originally believed that the Cadillac CT5-V Blackwing would come with a hood-mounted air extractor similar to the Cadillac CTS-V, no such feature has shown up in any of the spy photos we’ve captured thus far. 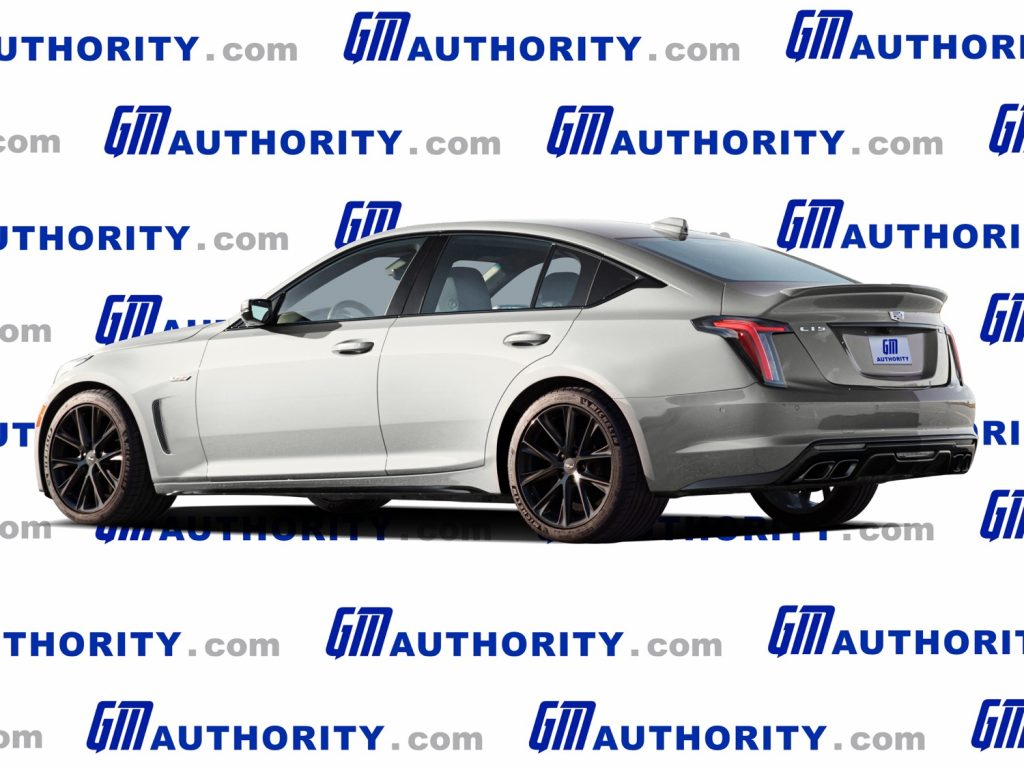 The rear end of our Cadillac CT5-V Blackwing continues the aggression with a spoiler lip added to the trunk lid, plus a black diffuser element housing a quartet of trapezoidal exhaust tips.

Naturally, a number of V-Series badges are found throughout, including on the front fenders and at the rear, though the production model might also have a V Blackwing badge on the front grille.

A prototype of the CT5-V Blackwing

As for the mechanical bits, the Cadillac CT5-V Blackwing will feature the familiar supercharged 6.2L V8 LT4 engine, the same ‘eight found in the third-gen Cadillac CTS-V, where it made 640 horsepower and 630 pound-feet of torque. Enthusiasts will delight in the standard six-speed manual transmission, while a GM 10-speed automatic will also be offered. Other upgrades will include a more robust suspension, upgraded brakes, and a throaty V8 exhaust that truly excites.