This one is sure to ruffle some feathers. What we have here is a new C8 Corvette riding on air suspension, slamming it to the ground with the press of a button. While the purists will scoff at the notion of putting Chevy’s new mid-engine sports car on bags, Alex, the car’s owner, didn’t build it for the purists. He built it for himself. 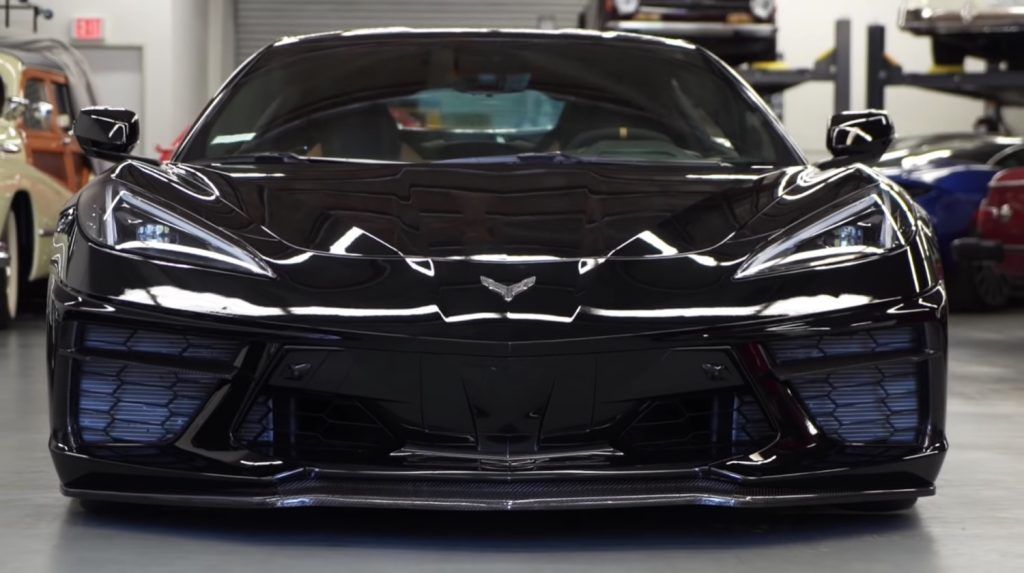 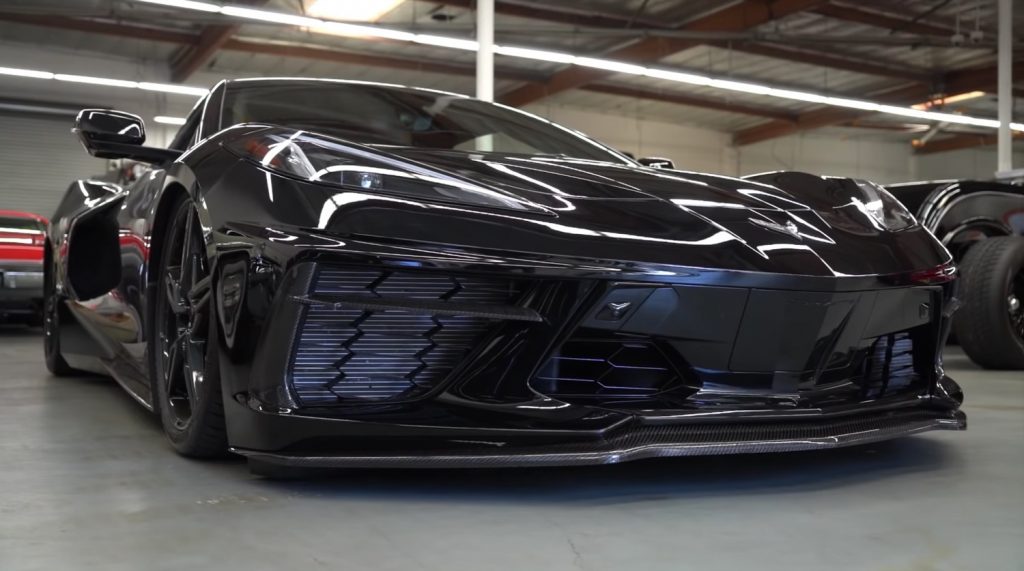 Outside, this C8 Corvette is covered in Black paint, which is complemented by a number of custom carbon fiber pieces, including a new front lip, grille inserts, sideview mirror plates, side skirts, and side intake flares, the latter of which was particularly tricky to pull off. There’s also custom carbon touches in the engine bay. 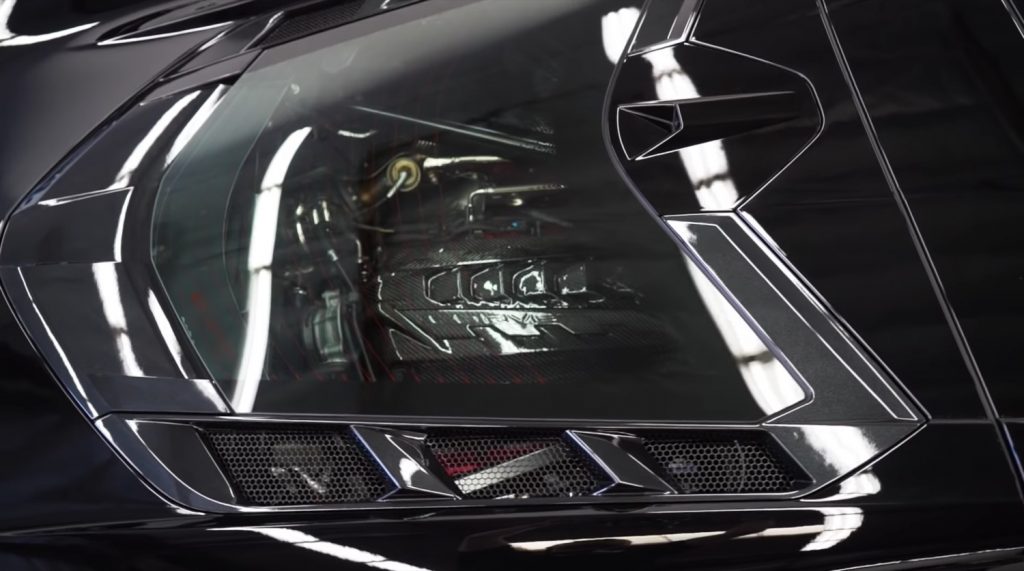 Alex mounted his C8 Corvette’s air ride components in the rear trunk, which were powder coated to match the rest of the color scheme. Alex says the car’s targa top roof isn’t coming off any time soon, and that as a show car, he wanted maximum visual impact between the mid-mounted 6.2L V8 LT2 engine’s carbon cover and the black air tank. 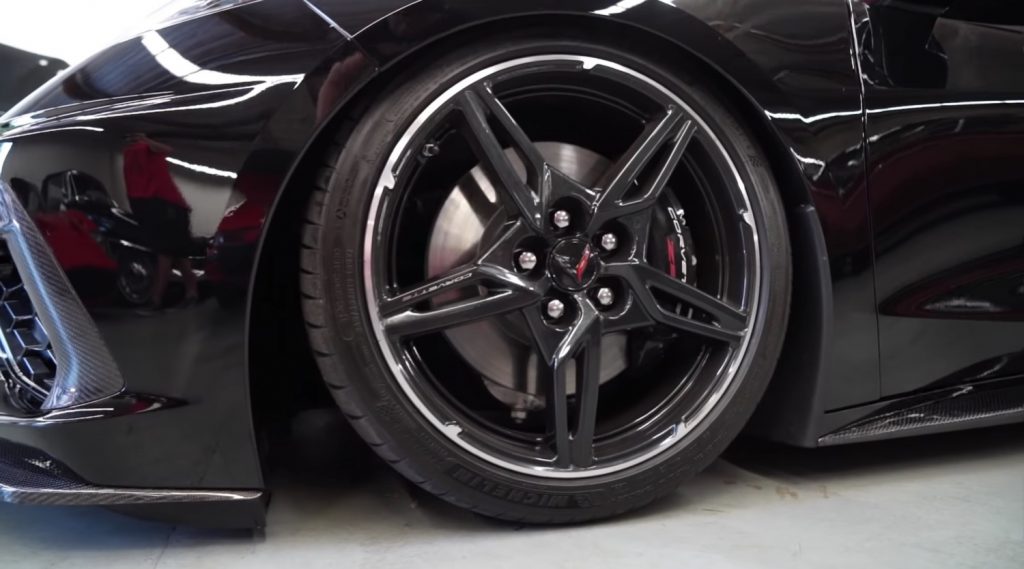 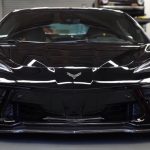 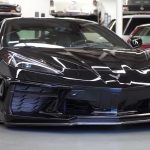 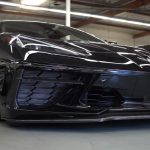 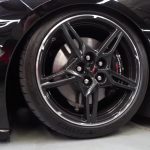 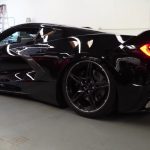 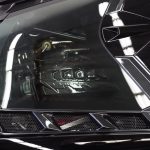 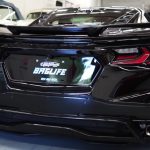 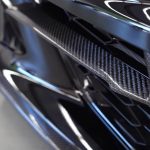 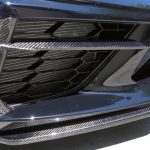