As we’ve covered before, diesel guru Gale Banks and his team at Banks Power are testing the limits of the 6.6L V8 L5P Duramax engine by “scientifically killing it” on the dyno through a variety of modifications and special tuning that add more power and more torque. Chronicled in a series of in-depth YouTube videos, the latest update in the quest to build the ultimate L5P shows impressive progress, topping out with a maximum 912 horsepower and 1,389 pound-feet of torque! 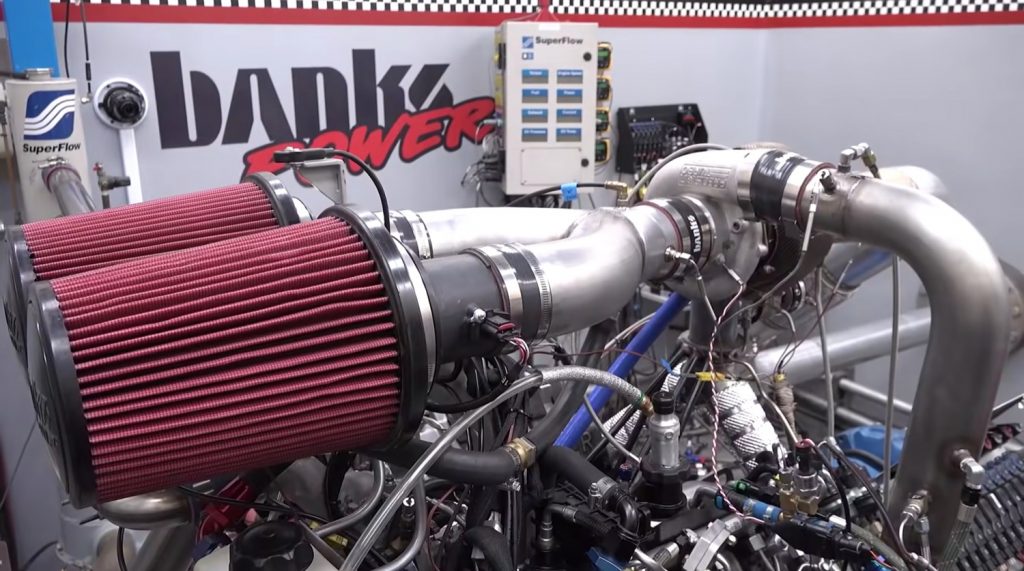 For reference, the turbodiesel 6.6L V8 L5P Duramax engine is rated at 445 horsepower at 2,800 rpm and 910 pound-feet of torque at 1,600 rpm straight from the factory. That means this Banks special is doling out an extra 467 ponies and 479 pound-feet of twist compared to the stock unit. And that’s on stock internals, by the way. Not too shabby at all.

Banks is impressed, and justifiably so. Compared to the previous iteration of the L5P Duramax engine build, this new version is producing an extra 60 horsepower thanks to a number of modifications to the exterior piping. 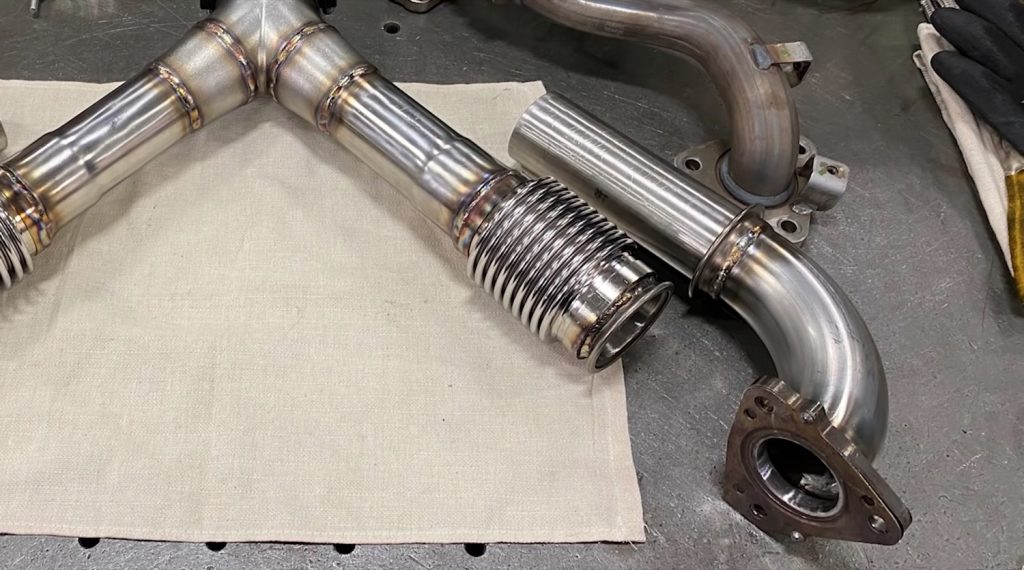 As outlined at the outset of the video, the latest upgrades include freshly fabricated 2.25-inch up-pipes that move the turbo out of the Duramax engine V8 valley. The new up-pipes feed a new forged 3-inch collector. The stock turbo mounting foot was consequently tossed, which is a necessary move when producing more than double the stock horsepower.

The L5P V8 Duramax engine intake was also revised to provide a straight path right into the turbo compressor. Meanwhile, the exhaust gasses coming out of the turbo are fed into a conical diffuser that’s mated to a 5-inch exhaust pipe. Finally, Banks installed a new viscous fluid vibration damper to help protect the crank. 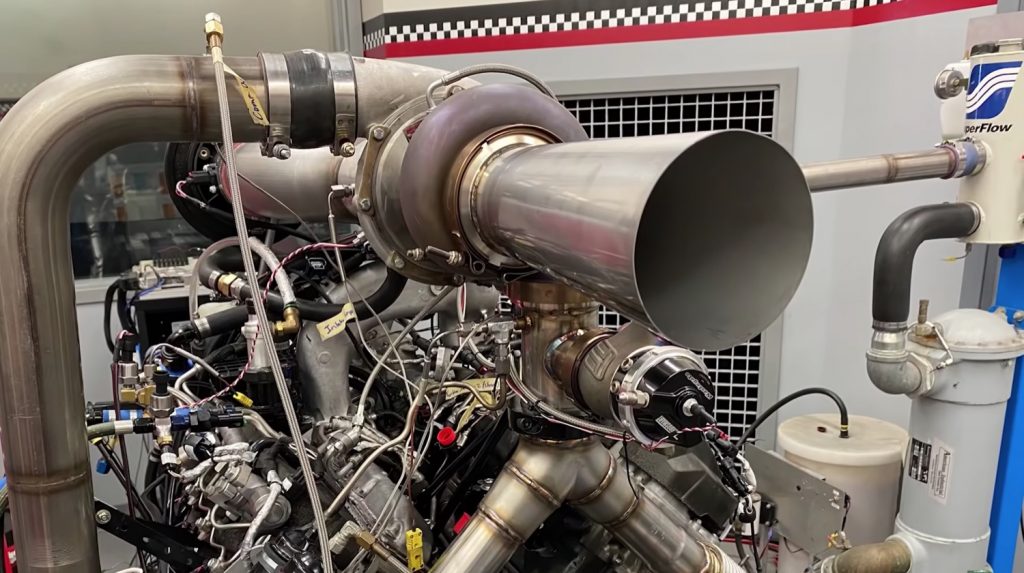 Check it out in detail by hitting play on the video below, and stick around after the dyno run for a fascinating look at the plethora of data that Banks has on hand. 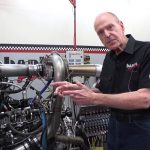 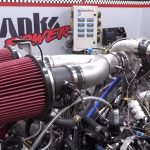 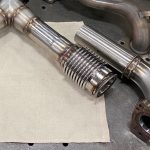 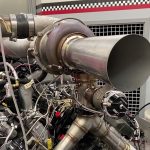 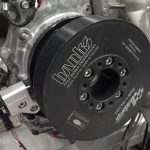