Earlier this week, Hertz filed for bankruptcy after creditors denied a request to extend the vehicle rental company’s auto lease debt payments. While Hertz is expected to continue operations in the future, we felt this would be a good time to look back on brighter days at Hertz and provide some more details on the various special-edition General Motors vehicles it has offered over the years. 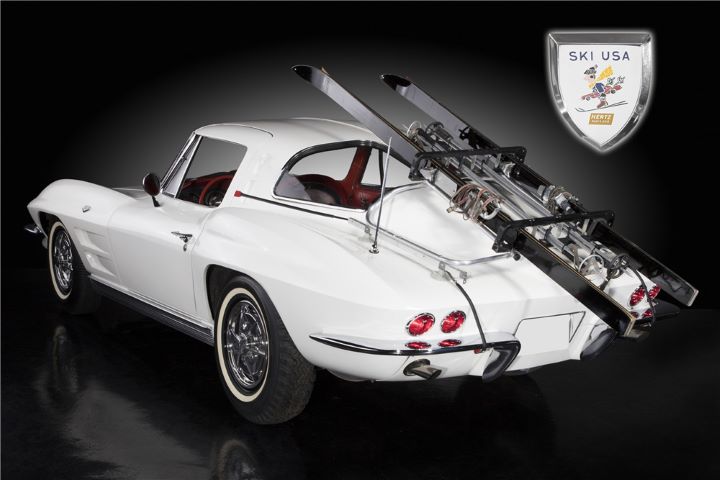 The first unique GM vehicle Hertz offered to customers (and probably the weirdest, too) was the 1963 Chevrolet Corvette ‘Ski Car’. The company purchased a handful of these white-over-red C2 Corvette models from Luby Chevrolet in Colorado in order to rent to skiers in Denver, all of which were fitted with a ski rack and snow tires to ensure vacationers were properly outfitted for their trip up into the mountains. It may not be the best ski trip vehicle ever built, but just think how cool you’d look rolling up to the chalet in this split-window coupe. 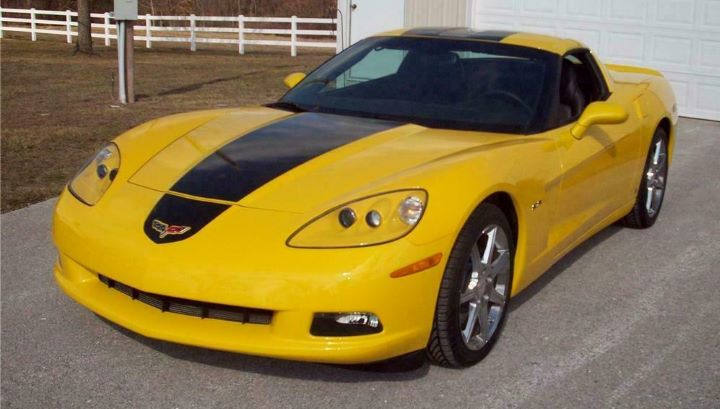 After Ford sold Hertz in 2005, the rental agency decided to get back into the special-edition Corvette rental car game with the 2008 Chevrolet Corvette ZHZ. These cars, all of which carried a yellow and black paint scheme as a nod to the Hertz logo, featured ‘ZHZ’ exterior emblems, a center console with an embroidered ‘ZHZ’ logo and floor mats with an embroidered ‘ZHZ’ logo as well. Power came from GM’s 6.2L LS3 V8 engine and power was sent to the rear wheels through a six-speed paddle-shift automatic. 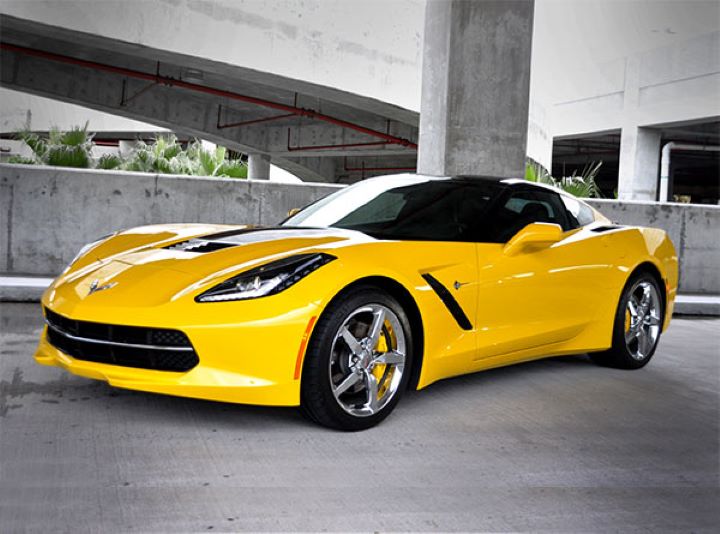 The C7 Chevrolet Corvette debuted to much fanfare in 2013 and Hertz responded by green-lighting a new special-edition rental model based on the seventh generation of the sports car. All C7 Corvette Hertz Edition models featured either Velocity Yellow or Blade Silver exterior paint, a Carbon Flash hood stripe, yellow brake calipers, sport bucket seats, a black leather interior with suede accents and a numbered dash plaque. 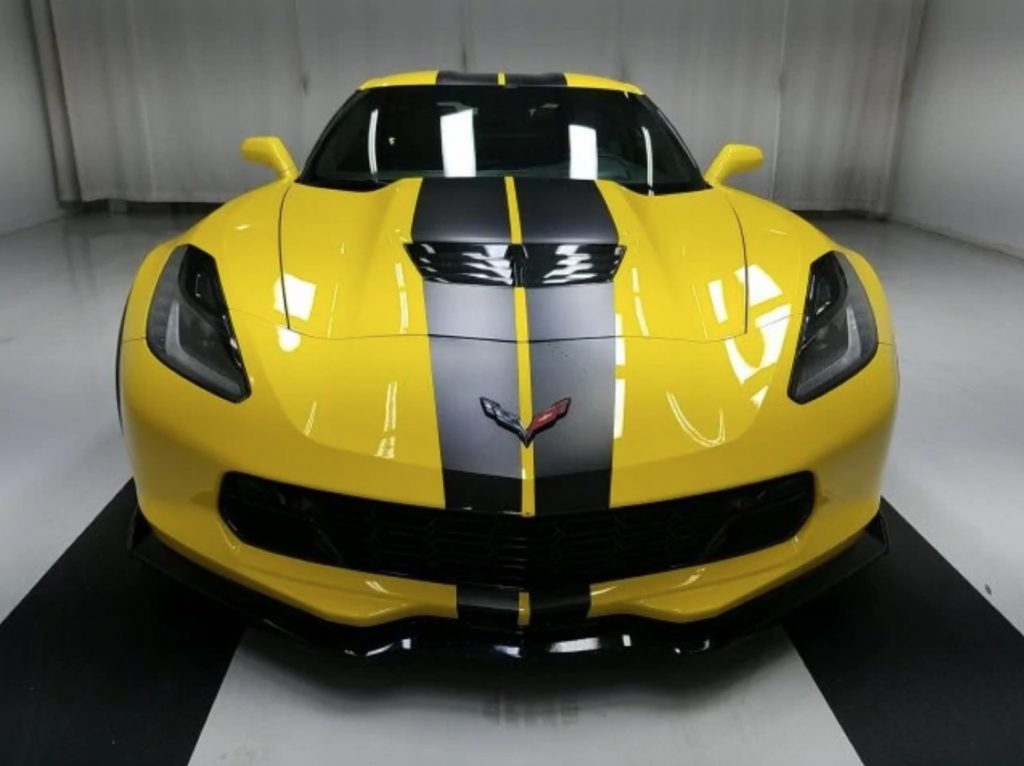 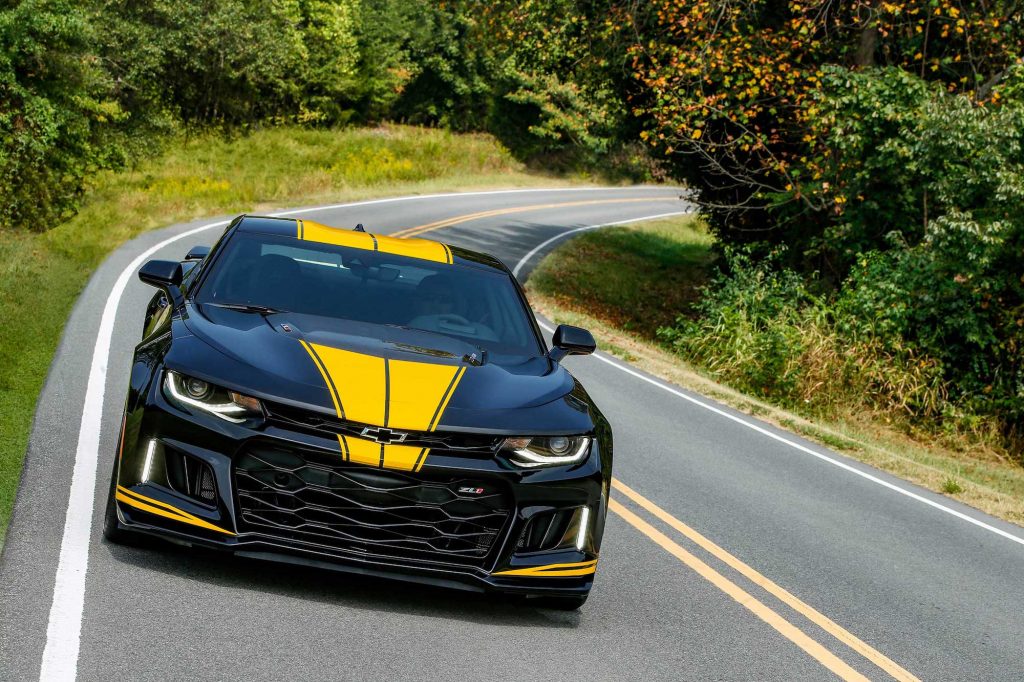 Completing our list of Hertz special-edition GM cars are the 2020 Hertz Hendrick Camaro SS and Camaro ZL1 models. These cars were built to celebrate Hertz’s ongoing partnership with NASCAR team Hendrick Motorsports and as such, feature Hendrick and No. 24 exterior badging, which serve as a nod to the Hertz-sponsored No. 24 Chevrolet Camaro raced by William Byron in the top-tier Cup Series. The Camaro SS models also produce 25 extra horsepower from stock thanks to a different intake and cat-back exhaust, bringing output to 480 horsepower.

The Camaro ZL1 models, meanwhile, have 750 horsepower thanks to a Callaway supercharger upgrade. Both versions are only offered with an eight-speed automatic transmission. Hertz actually recently began selling off these rare muscle cars, along with its special-edition Corvette Z06 models, after it fell on hard times.

It’s sad to see an age-old American company like Hertz forced into bankruptcy, but we remain hopeful it will be able to get turn its business around in a post-pandemic world. For now, we have to extend our thanks to Hertz for the numerous special-edition GM cars it has produced over the years. Here’s to (hopefully) many more!