With nearly 500 horsepower and a rotation-friendly mid-ship layout, the 2020 Corvette is hugely capable with regard to performance. However, when that performance is improperly applied on public roads, the end result could be disaster, as evidenced by these new 2020 Corvette crash photos.

Posted yesterday to the C8 Corvette Facebook Page, there’s no backstory to these new images. That said, there are a few things to piece together just by examining the pictures. 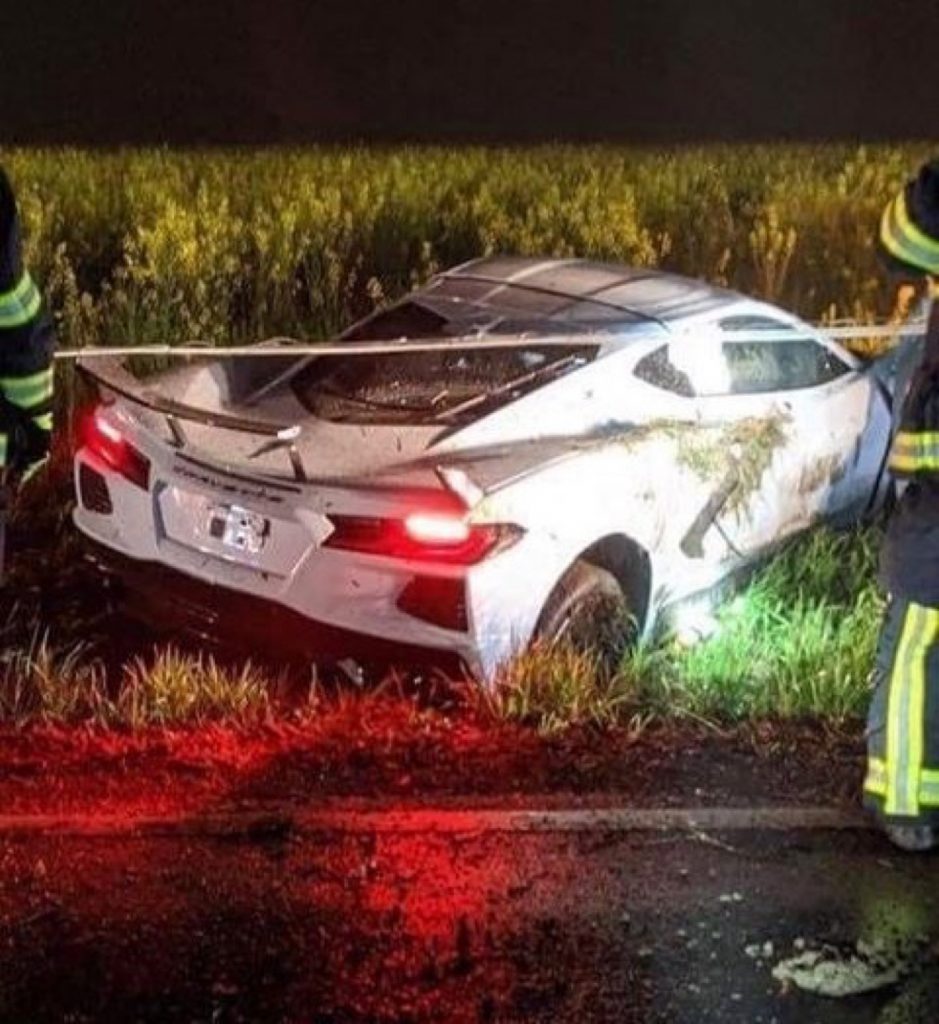 First off, it looks like the roads around the crash site are wet, which undoubtedly contributed to the accident. Although a mid-engine layout helps to push the rear wheels down into the pavement, increasing traction, it also tends to make a vehicle more “tail-happy,” rotating with less provocation and potentially causing a spin.

That said, we don’t know if the driver of this 2020 Corvette is even at fault here. It’s entirely possible the driver was avoiding an animal in the road, or it’s possible another vehicle was involved in the incident.

Either way, the end result is pretty clear – this 2020 Corvette is smashed to pieces. The high wing spoiler in back is dented, the fenders are falling off, the front truck is exposed, and the entire fascia is gone. It also appears as though the car may have slid some distance across the field, as the side body panels have collected quite a bit of grass. 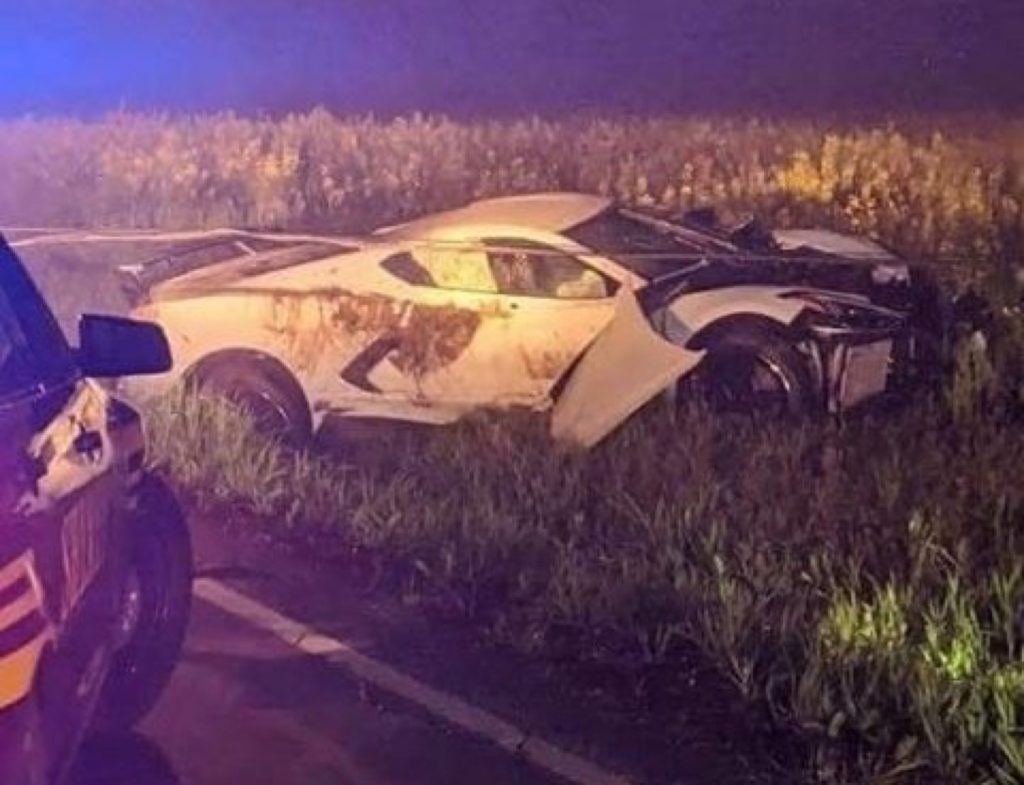 Either way, we hope the driver of this 2020 Corvette walked away unscathed from the incident. This isn’t the first time we’ve seen the new mid-engine Chevrolet Corvette end up on the wrong side of a physics equation – back in August of 2019, a pre-production model crashed near Yosemite, California, while in April, a drunk driver totaled one owner’s C8 after just a single day of ownership.

Stay safe out there, folks.