A Chevrolet has led the Indianapolis 500 field to green on 30 different occasions – making the Bow Tie Brand the most common choice for pacing the Great American Race. In the modern day, the automaker has usually selected the Chevrolet Corvette for Indy 500 pace car duties, but the Chevrolet Camaro received the honors three years in a row from 2009 to 2011 to help promote the then-new fifth-generation Camaro.

A 2010 Camaro SS Indy 500 pace car was recently listed for sale by Michigan-based dealership Garage Kept Motors. While the car is a 2010 model year, this was one of the pace cars produced for the 2009 running of the Indy 500. The 2010 model year was the first for the fifth-generation Camaro, so this was actually one of the first examples of the new Camaro to be seen driving in public.

This car is not to be confused with the 2010 Camaro SS Indy 500 recreation models. While GM made a number of production cars that were replicas of the Indy 500 pace cars, this is the real deal and was present at the Indianapolis Motor Speedway on race day. The production models are identified by a different grille and decals.

According to Garage Kept Motors, this 2010 Camaro SS Indy 500 pace car was purchased new through Penske Chevrolet in Indianapolis and has stayed in the possession of a Michigan-based collector since new. It has just 719 miles on the odometer, most of which were racked up taking the car to local shows, and was number 12 of 25 built. It is 100 percent original and even features the original Indy 500 pace car license plate, which features the number 12 to denote its place in the original 25-car production run. 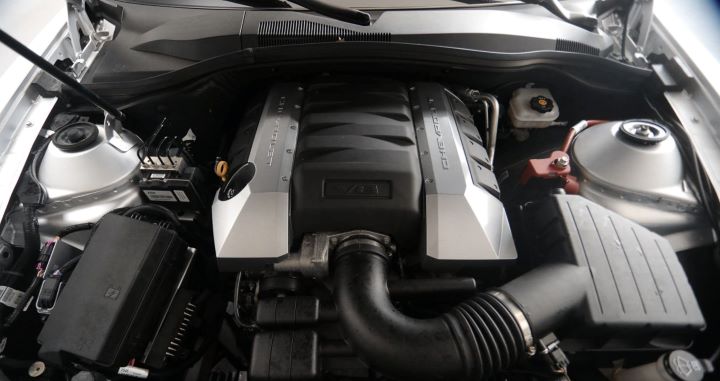 Like all other 2010 Camaro SS models, this car features a stock 6.2L LS3 V8 engine. Unfortunately, this car has the six-speed automatic transmission and not the more desirable six-speed manual.

Check out the listing at this link for some additional information and photos of this piece of Chevrolet motorsports history. Garage Kept Motors is asking $52,900 for the privilege of taking it home.