Most people in the market for a dune buggy will turn to Craigslist or another second-hand site to look for a Meyers Manx replica or another VW-powered variant of a similar design. However, Bring-A-Trailer recently had a much different kind of dune buggy up for auction.

This is a 1995 Chevrolet Corvette that has had all of its body panels removed in order to make it into a so-called “Vette Kart.” The builder didn’t stop there, though, also installing a roll cage, lifting the suspension and, most importantly, wrapping the C5 Corvette wheels in a set of Firestone Destination MT2 tires, which measure in at 265/70 out front and 285/70 in the rear. To accommodate for the increased tire size, the builder also removed the tire pressure monitoring system, ABS and stability control. 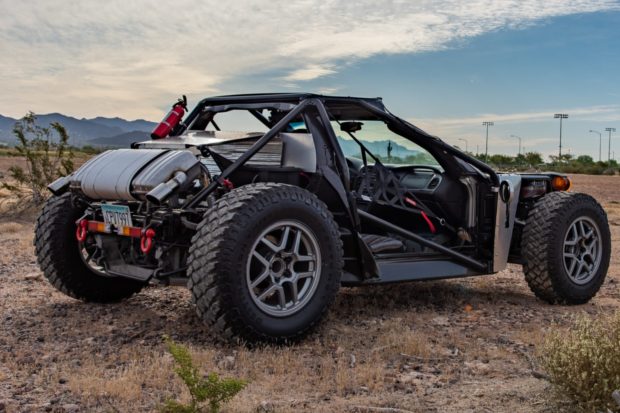 The 5.7L LS1 V8 engine has also received some minor upgrades in the way of a mild performance camshaft, Kooks long tube headers, high-flow catalytic converters and a short-throw shifter and performance clutch for the six-speed transaxle. 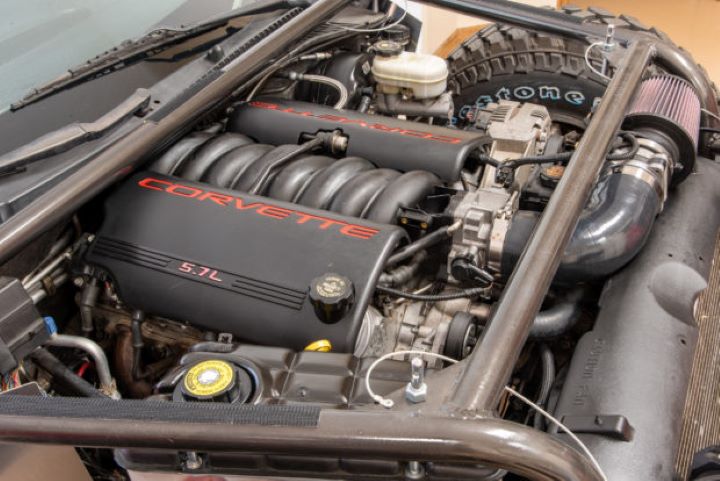 Surprisingly, the interior of this Corvette based buggy remains mostly intact. The factory dash, console and carpet are all still present and the heating and air conditioning still work, as well. The stereo no longer works, as the door-mounted speakers and other speakers have all been removed, obviously. The factory leather seats have been covered in a woven cloth material. 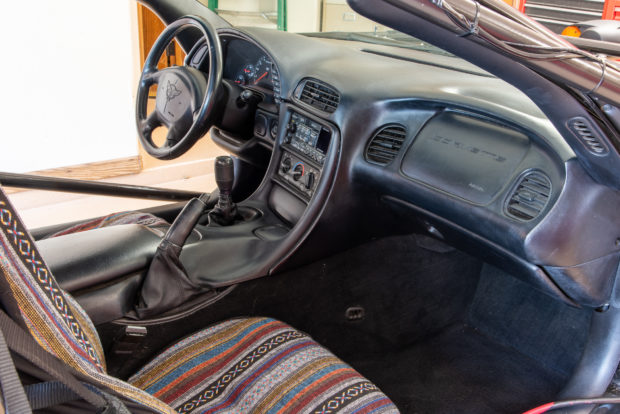 Topping off this project is the front bumper from a Jeep Wrangler Rubicon, DOT-certified Hella Headlamps, a bright front light bar, LED taillights and a fire extinguisher mounted behind the driver, which we sincerely hope the winning bidder never has to use. The car had 118,000 miles on the odometer when the buggy conversion began and it has only accumulated a few hundred miles since.

The Bring-A-Trailer community appears to have responded well to this custom Corvette, as it was scooped up for $24,000, which seems like quite a lot for a hacked up fifth-gen Corvette with some minor engine modifications. Check out the listing at this link for some more information and photos.