Some readers may have older relatives who still cover their couch, loveseat and other furniture in a layer of protective plastic. While these plastic covers are guaranteed to remove every bit of comfort from even the plushest of sofas, they can also ensure that a couch looks as-good-as-new even if it’s over fifty years old.We imagine the original owner of this 1968 Chevrolet C20 Golden Anniversary pickup is the type of person to drape such a plastic cover over their furniture. 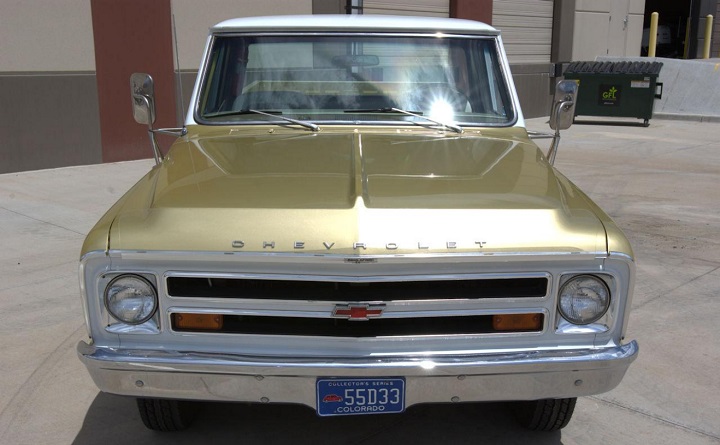 According to Gateway Classic Cars, which is currently selling this well-kept pickup, the first (and so far only) owner had the dealership cover the carpets in plastic to protect them from dirt and damage. That plastic has been there ever since, keeping the carpet in like-new condition ever since it left Capitol Chevrolet in Denver, Colorado on August 13th, 1968. 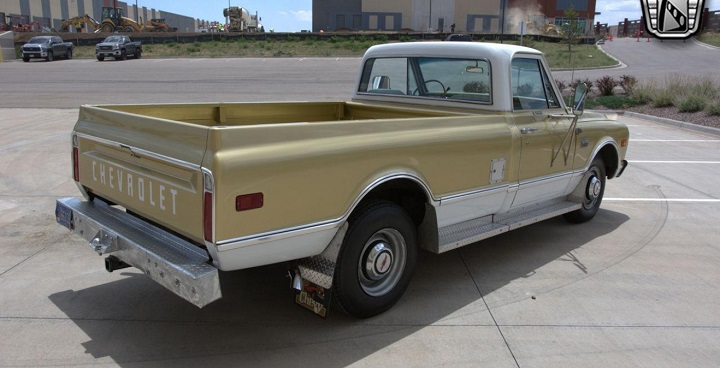 Gateway Classic Cars says the owner of this pickup installed a camper in the bed shortly after taking delivery of it and used it to take his family on a cross-country adventure. He eventually installed dual saddle tanks in the Chevrolet C20 to increase the amount of time before they had to stop for a fill up, expediting the family’s long road trips. The truck, still under the ownership of the original buyer, was repainted in the factory white and gold colors in January of 1991 at Ed Bozarth Chevrolet in Aurora, Colorado as the paint had begun to fade. The dealer also installed a heavy-duty tow hitch at this time, along with a new timing chain. 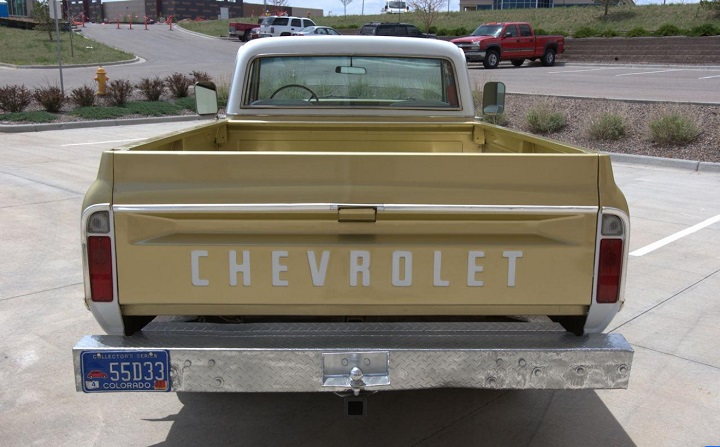 Gateway Classic Cars says “too many family memories have been made in this truck to count and as well cared for as it is, tons more memories are waiting to be made by the next lucky owner.” Those memories will have to be made by a fairly wealthy family, however, as Gateway Classic Cars is asking $71,000 for this 50th anniversary Chevrolet C20. Think it’s worth it? Check out the rest of the photos at this link.