We’ve featured countless Chevrolet Camaro and Corvette-based restomod builds on this website – almost all of which seem to be hiding a 6.2L LS3 V8 crate engine under the hood. This is hardly surprising given the undeniable horsepower-per-dollar value of the LS3, but we would like to see a bit more differentiation when it comes to the engines used in these performance-focused builds. 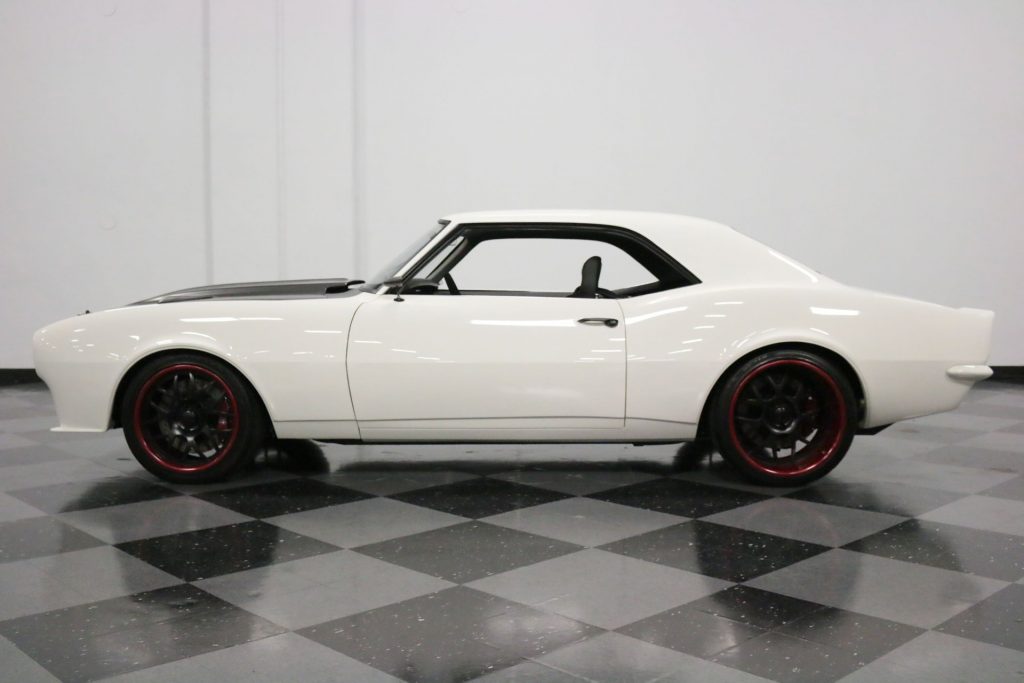 This 1967 Chevrolet Camaro, which is currently for sale at Streetside Classics, is among the many, many restomod cars that are powered by an LS3. Thankfully, the builder didn’t just drop a Small Block and a Tremec six-speed manual in it and call it a day, though. Neatly nestled on either side of the motor in the engine bay are a pair of turbochargers, helping to set this ex-SEMA show car apart from other similar builds and giving it an impressive 750 horsepower. 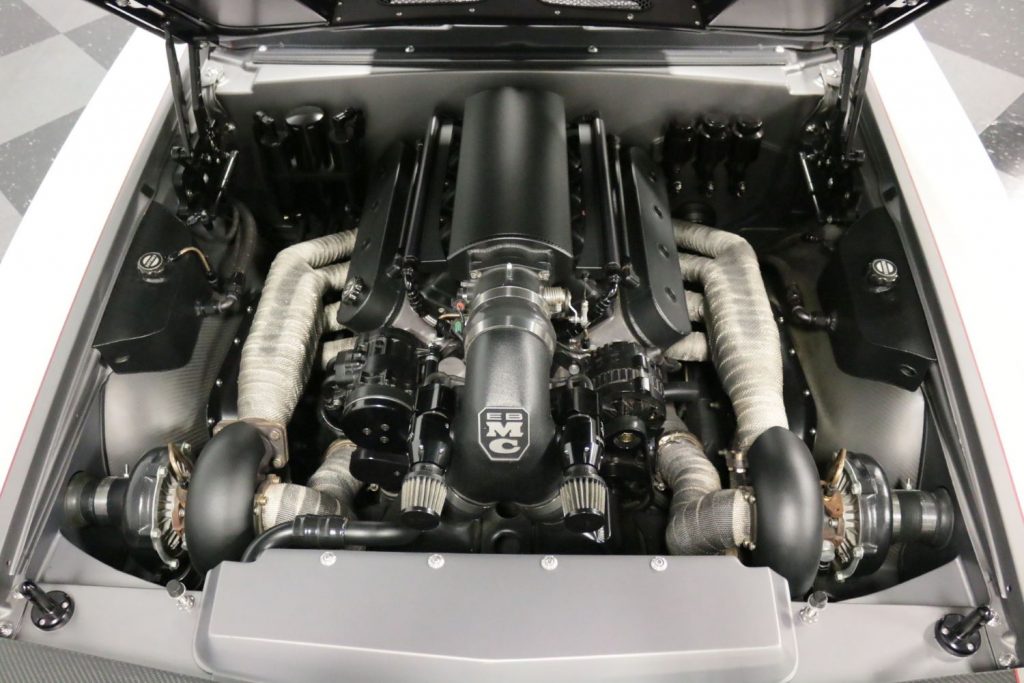 This car, known as ‘Snowblind’, was originally built by the guys over at California-based shop East Bay Muscle Cars (EBMC) for the 2015 SEMA Show. In addition to the twin-turbo V8, it also features black and red-trimmed Rushforth wheels wrapped in Nitto tires, Wilwood 14-inch slotted and vented brake rotors (six-piston fronts and four-piston rears) and an Inland Empire Driveline aluminum driveshaft, among other performance enhancements. 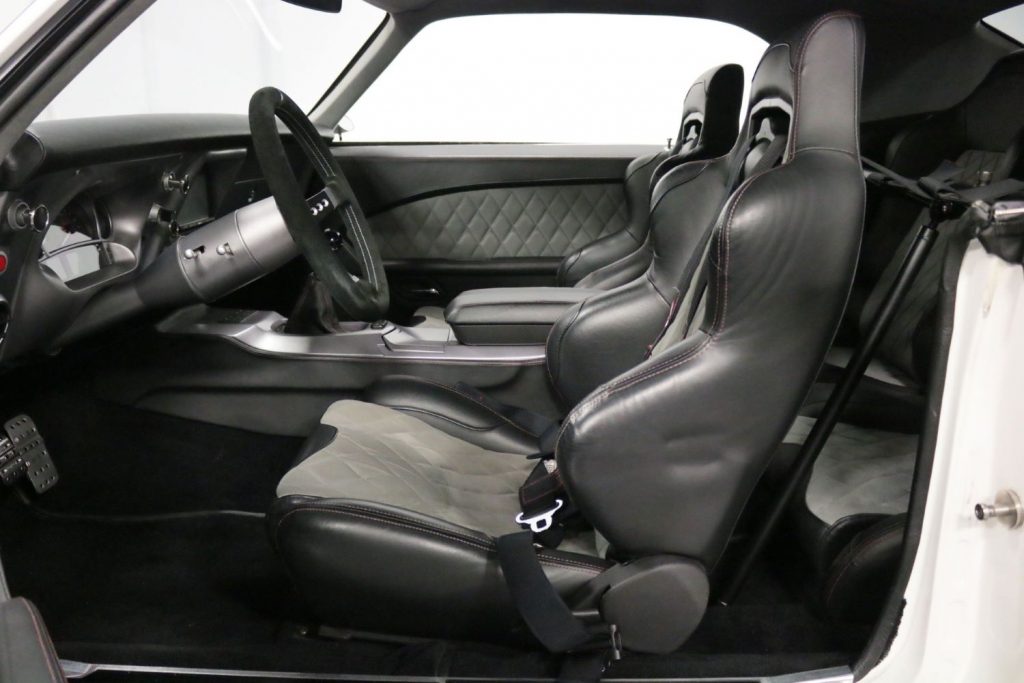 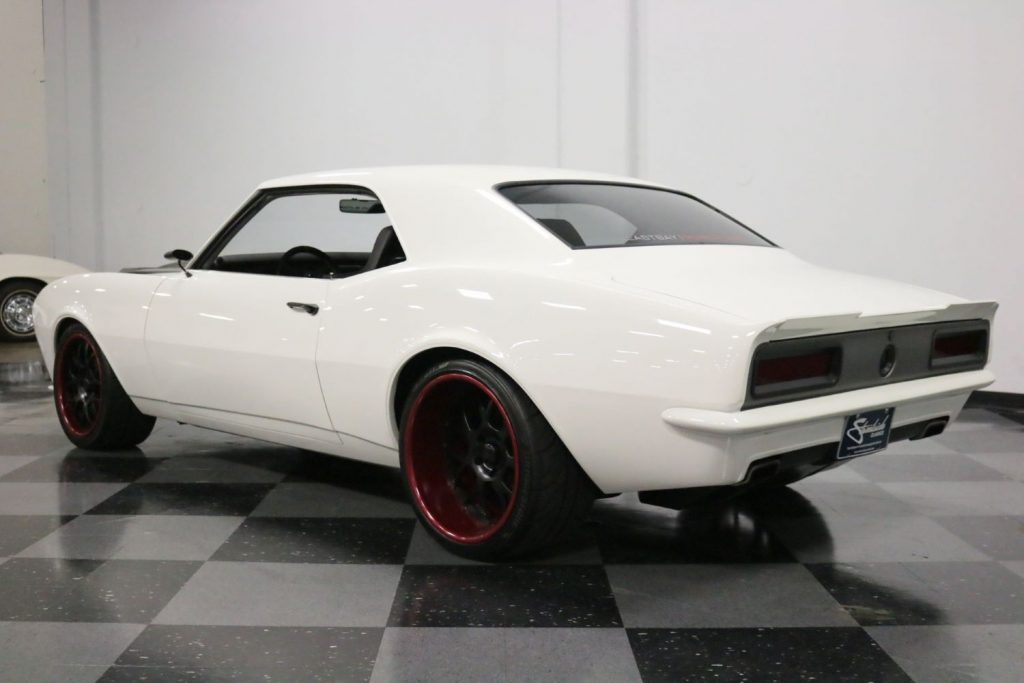 GM Authority wrote about Snowblind when it first debuted at the SEMA Show in November of 2015. The build cost around $350,000 to complete and took three years, so it’s no surprise to see Streetside Classics offering a rather significant $165,000 for it. It has been driven just 1,926 miles since it was built, so the new owner will be the first to truly enjoy it if they decide to put some cruising miles on it, or take it to the dragstrip or a track day.

Check out the listing at this link for some more information and photos via Streetside Classics.