Of all the classic Chevrolet Corvette models out there, the 1963 Split-Window is undoubtedly among the most desirable. No surprise then that this particular example was recently sold on Bring a Trailer for $106,000. 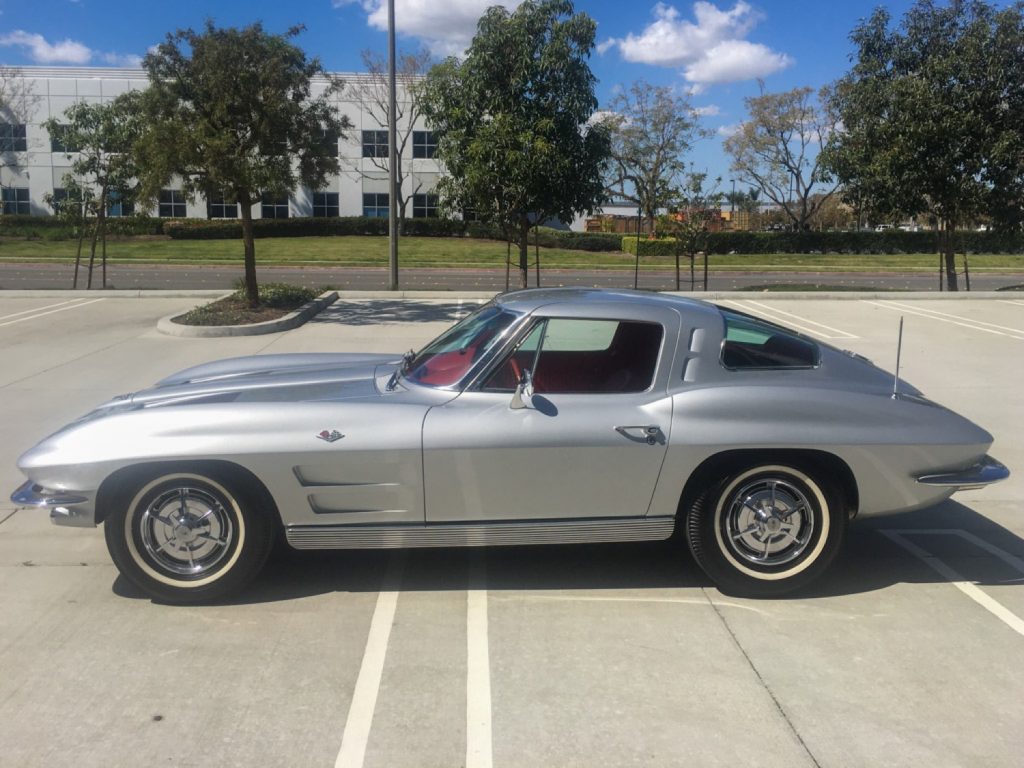 Built in St. Louis and rolling off the line on December 31st, 1962, this 1963 Chevrolet Corvette Split-Window was sold new through Charles Brown Chevrolet in Smithtown, New York, on January 18th, 1963. The car was originally finished in Ermine White, and comes with split bumpers, cast rocker accents, and rear pillar vents. This example is also equipped with 15-inch steel wheels with faux knock-off covers and whitewall tires to match. 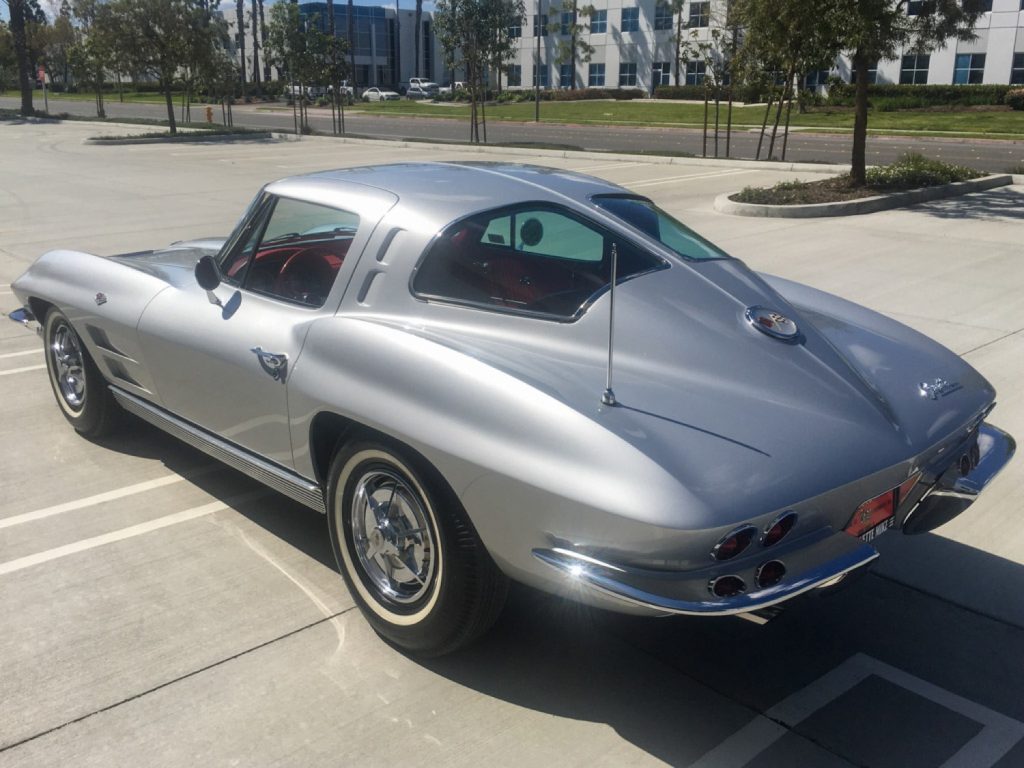 Indeed, the Split-Window styling looks fantastic, and now presents in Sebring Silver following a rebuild and color change performed in 2012. 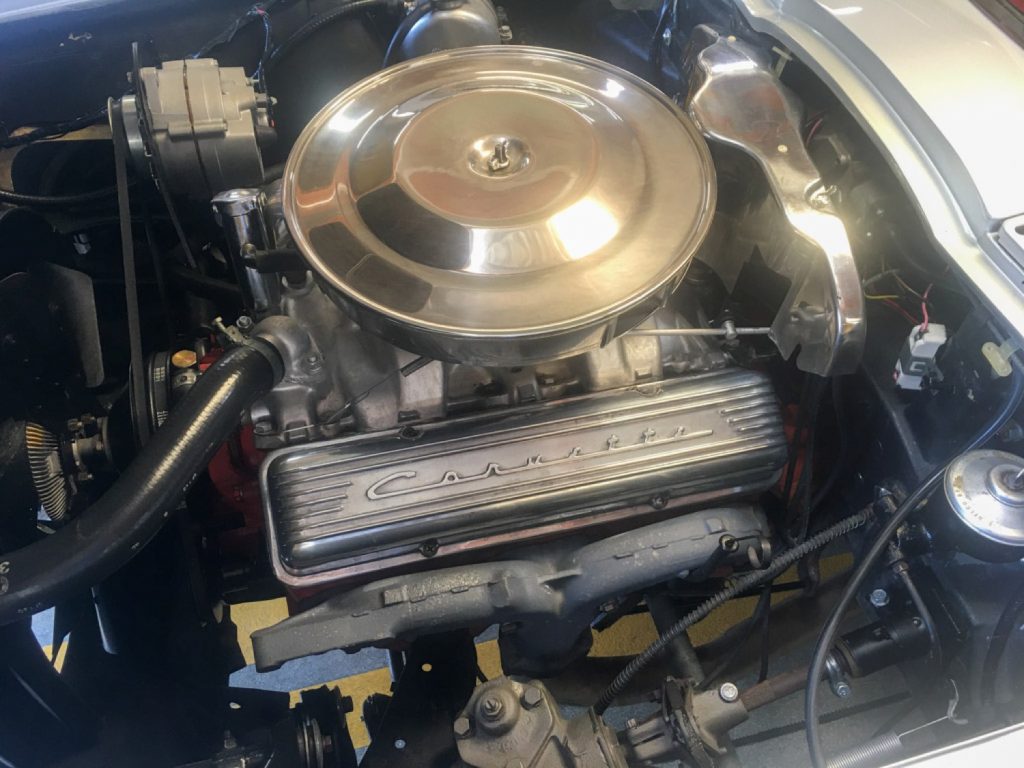 The 2012 rebuild included a refresh for the numbers-matching 327 cubic-inch L76 V8 engine, which mates to a four-speed transmission. When new, the ‘eight was rated at 340 horsepower and 344 pound-feet of torque. 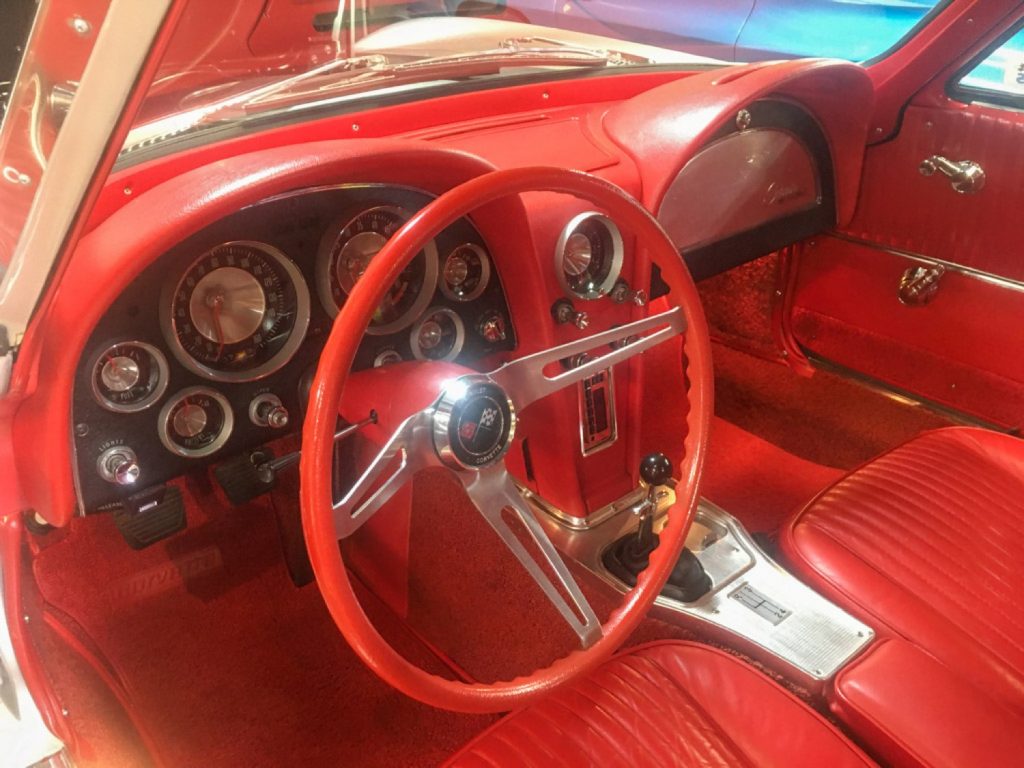 The ’63 Chevrolet Corvette Split-Window also got an interior refresh with new red vinyl, per the factory trim tag. There are matching carpets and lap belts, plus plenty of aluminum accents as well. 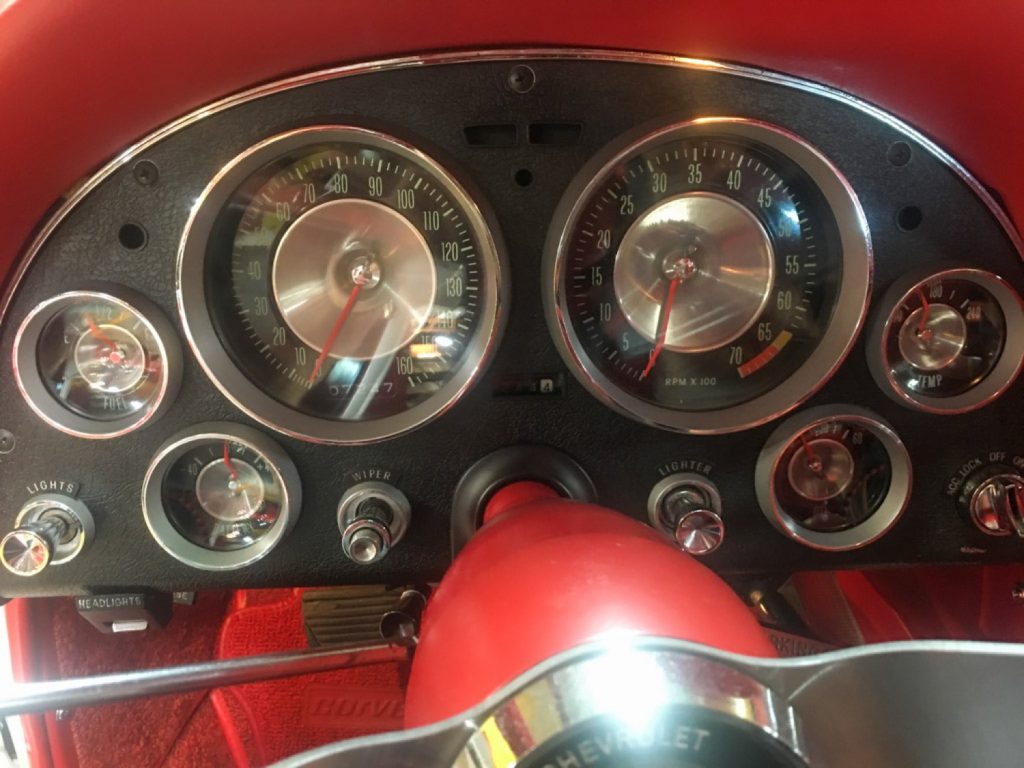 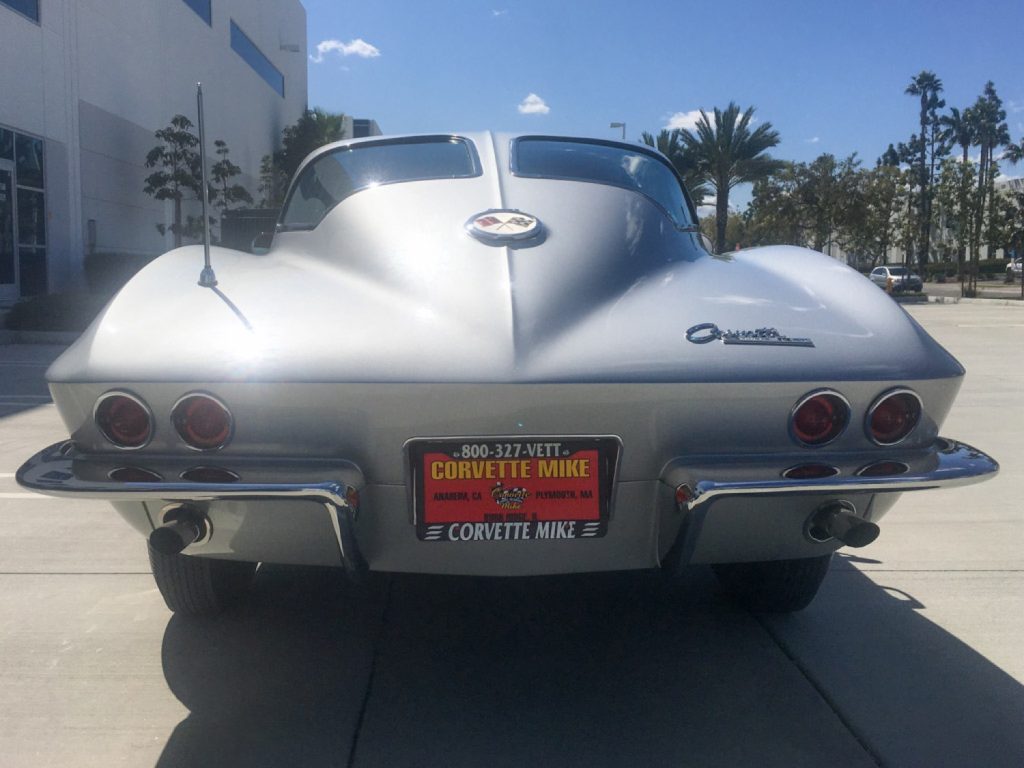 The C2 was also notable as the first-ever Corvette to come with a fully independent suspension setup, including upper and lower control arms in front, as well as a three-link and transverse leaf spring in the rear. 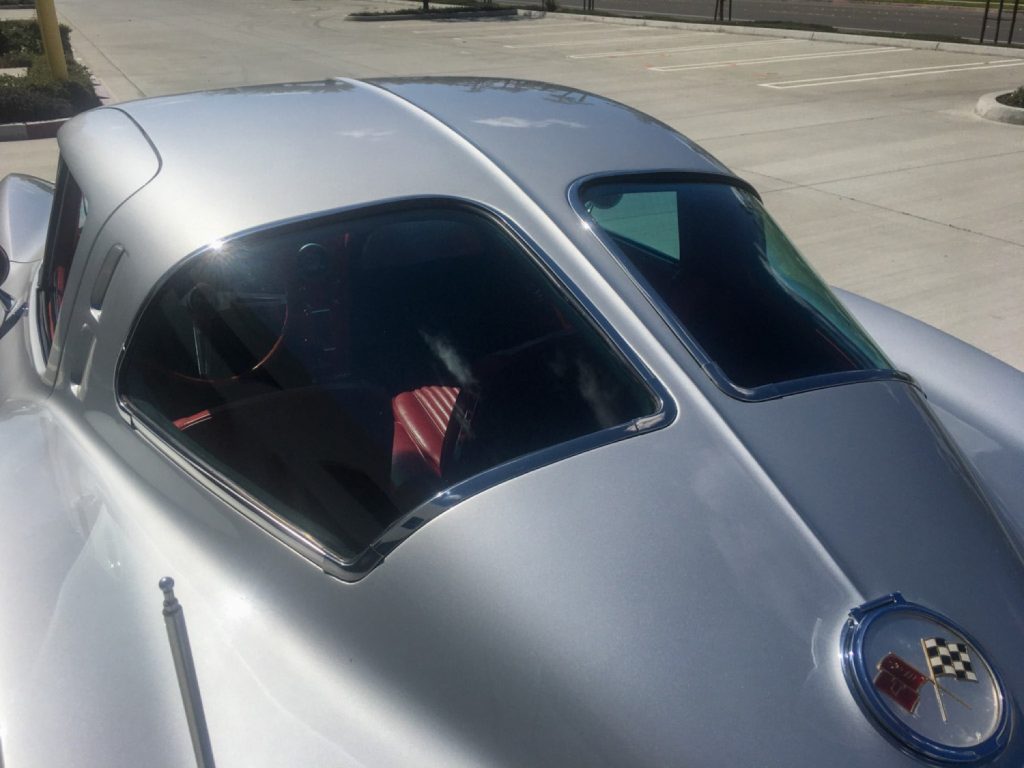 This particular 1963 Chevrolet Corvette was offered at auction with an NCRS Shipping Data Report, owner’s manual, service records, warranty card, and a clean California title. The odometer shows a little over 7,000 miles, but the actual mileage is not known. 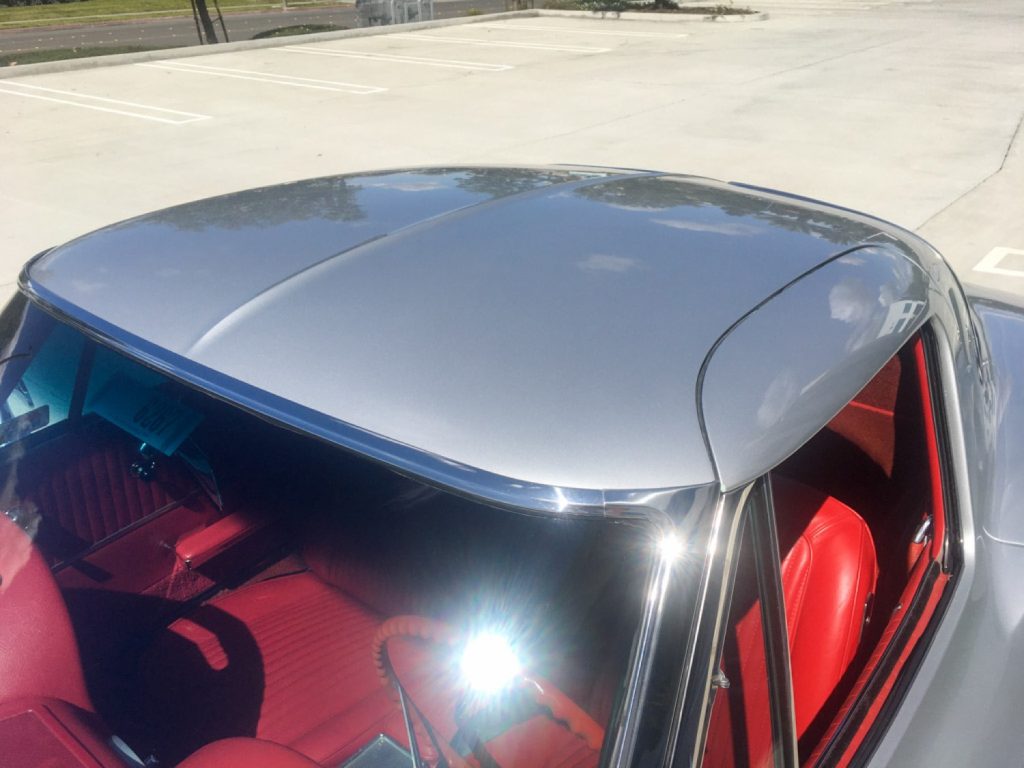