While the Cadillac ATS-V is well-established for providing turbocharged thrills behind the wheel, the “regular” Cadillac ATS has the potential to not only match it, but even best it, as evidenced by this new video from ZZPerformance.

For those who may be unaware, ZZPerformance is a tuning company based out of Grand Rapids, Michigan, specializing in General Motors products. That includes the Cadillac ATS and the turbocharged 2.0L inline four-cylinder LTG engine, which apparently can be tuned to deliver 511 horsepower and 493 pound-feet of torque at the rear wheels.

That’s impressive stuff, especially when considering the 464 horsepower and 445 pound-feet of torque produced by the twin-turbocharged 3.6L V6 LF4 equipped in the hot-to-trot Cadillac ATS-V.

This particular model, a 2014 Cadillac ATS Sedan, is equipped ZZP’s Z57 turbo upgrade, as well as an ethanol fuel conversion with a unique tune. With a little over 29 psi stuffing the cylinders, this luxury sedan is transformed into an outright rocket ship. 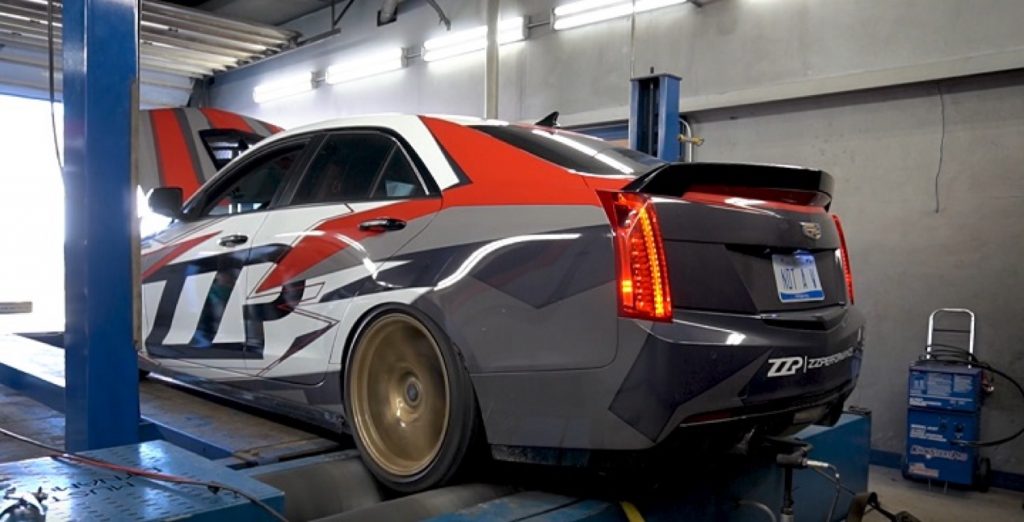 Hit play on the video, and you’ll be able to watch the ZZPerformance ATS throw down on the dyno and make big power numbers. The four-banger screams through the rev range, churning the rear wheels with abandon as the boost sends the tach towards redline. The video ends with a shot of the dyno power graph, which reveals a surprisingly flat torque curve for such a high-boost application.

All told, this modified ATS looks like it would be an absolute blast to drive, and without the stickers or any body mods, it could also make for one helluva sleeper at the race track.

What are your thoughts on this tuned non-V ATS? Let us know in the comments, and make sure to subscribe to GM Authority for more Cadillac ATS news, Cadillac news, and around-the-clock GM news coverage.