Team Chevy‘s William Byron raced to his second straight victory in the NASCAR iRacing Pro Invitational Series on Sunday, putting on a dominant display at the virtual Richmond Raceway. 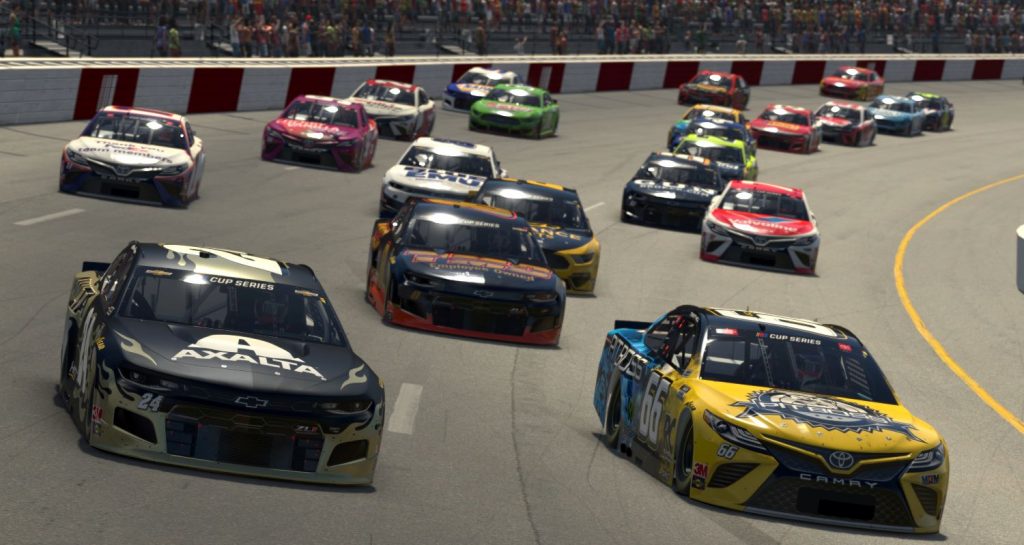 Byron held off a slew of talented iRacers on fresher tires in the final three overtime laps of the .75 mile oval. Second place finisher Timmy Hill was essentially riding Byron’s bumper as they came to the checkered flag, with the No. 66 Toyota driver coming home just .256 seconds adrift of Byron’s No. 24 Camaro ZL1.

“I didn’t really know how that was going to work out, but luckily we were able to have a little bit of buffer to the guys with four tires, and then the late restart, just executed that well,’’ Byron said post-race. “It was fun. Really enjoyed it. To go back‑to‑back is really cool. Having fun with it while we’re kind of in a hiatus here, but looking forward to getting back to real racing soon, too.’’

Byron also praised Hill for his racecraft, thankful that the Toyota driver didn’t pull another “boot scootin’ boogy,” as he did at the virtual Texas race, when he gave Byron a bump-and-run to take the win.

“I think (Hill has) done a really good job showing how consistent he is,” said Byron. “I feel like he’s got good race craft, and I enjoy racing with him. I know what to expect when I race with him, that he is going to use the bumper, so I just have to race him back that way, and I think we both understand that.”

Hill is now the only driver with top-three finishes in all four NASCAR iRacing events, though Byron is still proving to be the more dominant driver, having taken two wins and led an impressive 319 laps in the online series.

2nd place finish today for our @PitBossGrills Toyota! Just came up a little bit short there at the end. Congratulations to @WilliamByron on the win! Looking forward to a bunch of fun at Talladega next week! pic.twitter.com/T4L0HrFrur

Check out all the highlights from the NASCAR iRacing Pro Invitational Series event from Richmond embedded below. The series heads to the virtual Talladega Superspeedway for the next event on April 26th.