The 2021 Chevrolet Colorado arrives with a number of noteworthy changes, all of which we’ve outlined in our comprehensive guide posted earlier this week. Now, we’re getting a look at the new pickup in the following short video, which shows the off-road-ready 2021 Colorado ZR2 in its element as it tears across some desert terrain. 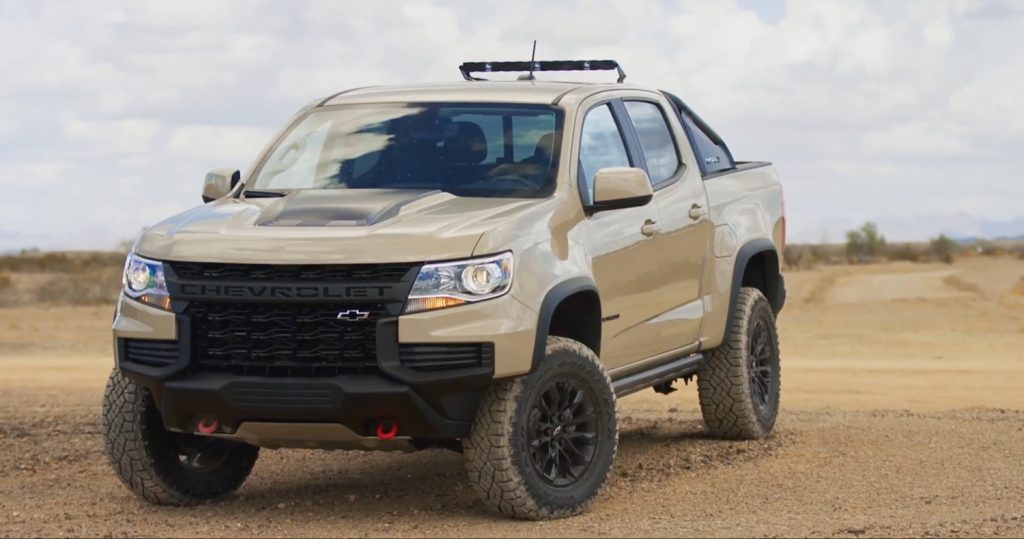 The video opens with a red Chevrolet Colorado ZR2, which is seen kicking up some dust as it zeroes in on a new 2021 Colorado ZR2 and a race-ready equivalent. To note, the non-race-spec Colorado in red comes from the 2018 to 2020 model years, which means it doesn’t have the updates offered with the 2021 model year. 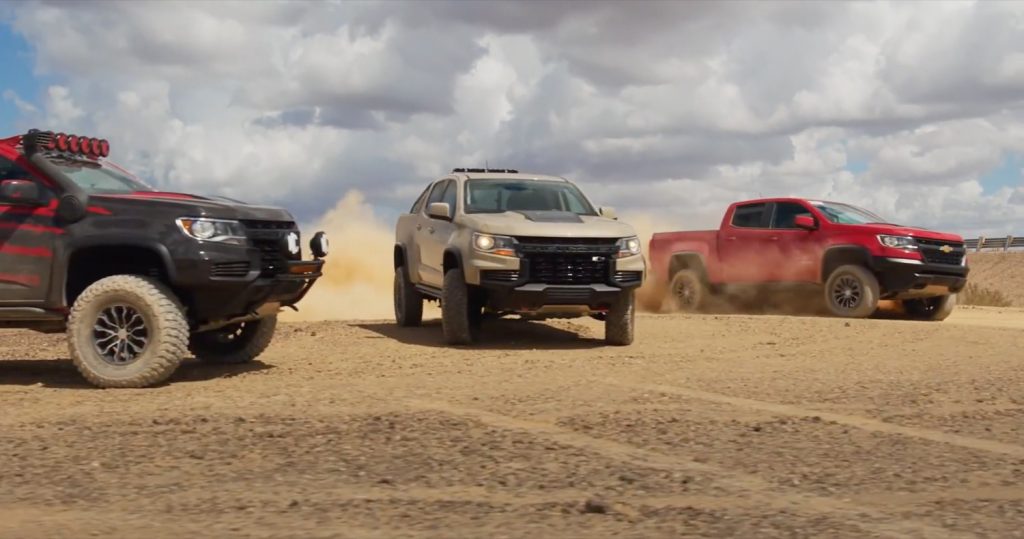 As the old model exits the screen, we get a look at the 2021 Chevrolet Colorado ZR2, which is seen parked alongside Hall Racing’s ZR2 race truck. The racer runs the 7300 class in the Best In The Desert off-road racing series, and includes several components equipped on the standard factory truck, including the same 3.6L V6 engine and eight-speed automatic transmission. 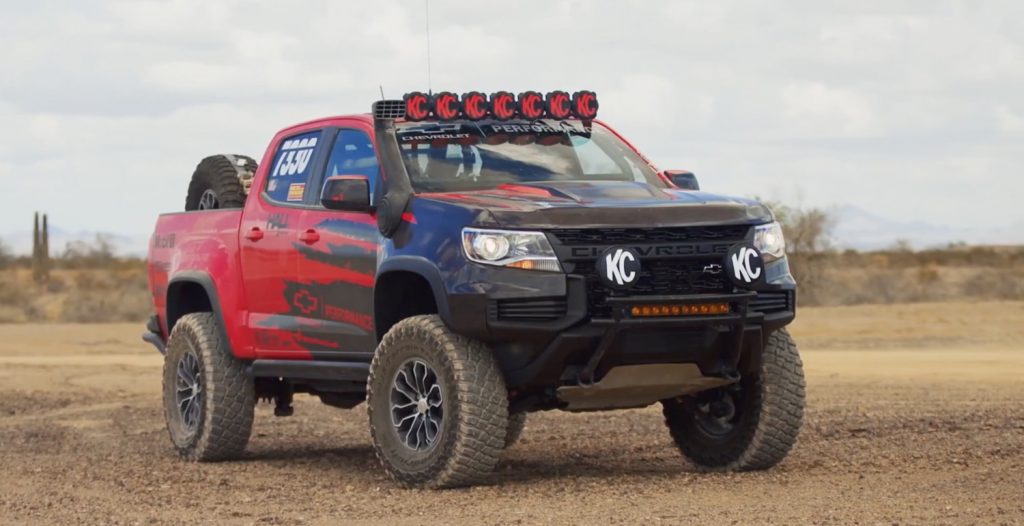 Indeed, seeing these two machines side by side, it’s pretty obvious that there’s a lot of off-road goodness to be had with the new 2021 Chevrolet Colorado ZR2.

To note, the new model is set to offer a new fascia design with a more aggressive look and improved visibility for the driver. The look includes a “Chevrolet” lettered crossbar across the grille insert with the “flowtie,” something which was previously offered with the ZR2 Bison.

The new ZR2 will also feature red tow hooks as standard, while the rear end features embossed “Chevrolet” lettering on the tailgate.

All told, we think the new styling looks best when it’s kicking up large plumes of dust as the 2021 Chevrolet Colorado ZR2 goes to work off-road. 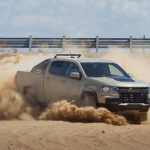 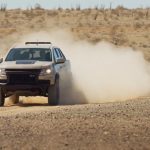 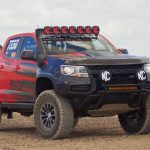 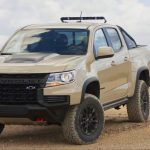 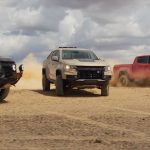