When Chevrolet debuted the 2020 Corvette C8, one of the most impressive and surprising bits of news was that the mid-engine sports car would be able to accelerate from 0 to 60 mph in under three seconds, putting it on par with exotics that cost three or four times as much and sometimes even more.

Instrumented testing conducted by major automotive publications such as Car and Driver backed up Chevy’s claims, showing the 2020 Corvette C8 was able to consistently clock in 0-60 mph runs of just 2.8 seconds and also complete the quarter-mile in a staggering 11.2 seconds at 122 mph.

Many customers are now receiving their 2020 Corvette C8s and not surprisingly, one of the first things they want to try is to record a sub-three-second 0-60 mph run. YouTuber Speed Phenom recently took delivery of his Torch Red Vette and promptly tested out the vehicle’s acceleration, turning the launch control on and letting the mid-engine sports car hustle all the way to highway speed faster than we can say Small Block. 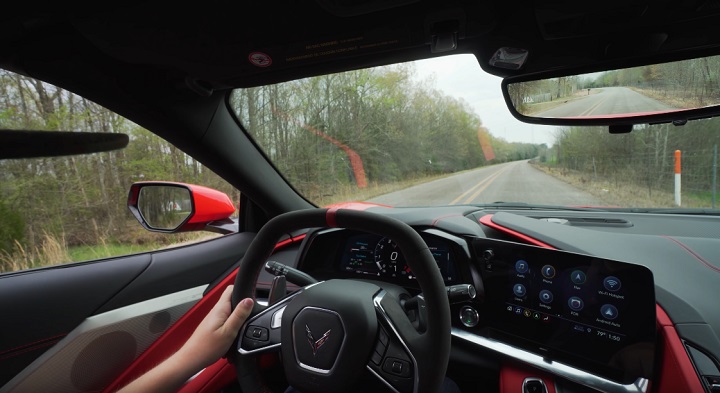 We’ve already covered how to activate launch control on the Corvette C8 in a previous post, but let’s recap. Here are the eight steps required to get the most acceleration performance out the vehicle:

The 2020 Corvette C8’s impressive acceleration is enabled not only by its 495-horsepower 6.2L LT2 V8 engine and eight-speed dual-clutch transmission, but also its sophisticated Performance Traction Management system, which is critical for putting the Small Block’s torque to the pavement.

Check out Speed Phenom’s 0-60 mph run in the video embedded below.