A Washington man was arrested on after he led police on a high-speed chase down I-5 in his 1996 Buick sedan, local publication KOMO News reports.

According to state troopers, the unidentified 51-year old man was driving his 1996 Buick LeSabre when he allegedly struck two vehicles. Police later engaged the suspect in pursuit, leading them on a 100+ mph chase down the interstate before the vehicle left the freeway and entered a small nearby service road. 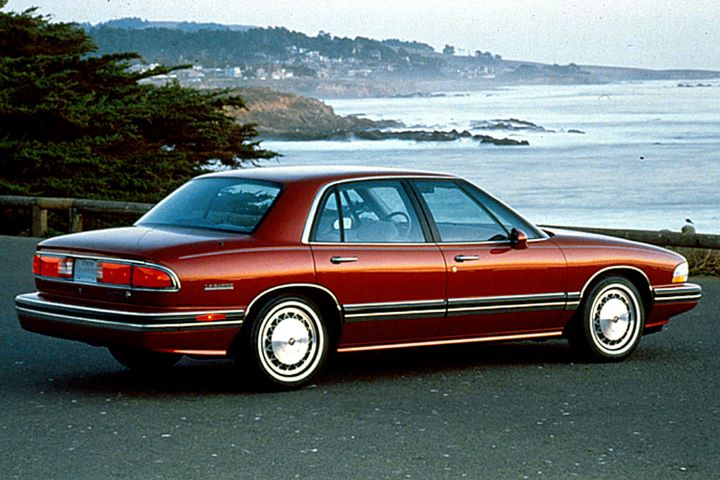 Police eventually managed to stop the suspect’s vehicle using spike strips. The Lakewood, WA, resident told them he was teaching his pitbull how to drive the Buick four-door when he initially clipped the two vehicles.

“I wish I could make this up,” Washington trooper Heather Axtman told CNN in an interview. “I’ve been a trooper for almost 12 years and wow, I’ve never heard this excuse. I’ve been in a lot of high speed chases, I’ve stopped a lot of cars, and never have I gotten an excuse that they were teaching their dog how to drive.”

The dog, a female pitbull, was taken to an animal shelter after its owner was taken into custody on several charges including driving under the influence, reckless driving, hit-and-run and felony eluding. Axtman described the dog as “very sweet,” despite her owner’s behavior.

KOMO News says it is currently “not clear if the pit bull would be charged in connection with the incident,” although we imagine she will be let off the hook this time around.

A DUI suspect told troopers he was teaching his pit bull how to drive during a chase in which speeds topped 100 mph. https://t.co/4AoaDMoGBp

Subscribe to GM Authority for the latest Buick news, and ongoing GM news coverage. We also invite you to join the discussions in our Buick forum.