For those Chevy Blazer fans out there disappointed by the nameplate’s return as a unibody crossover, there are still plenty of examples of the classic body-on-frame Blazer available to buy on the used market. For example, take this two-tone Blazer K5 from 1979, which presents with a recent restoration and a few modern touches to boot. 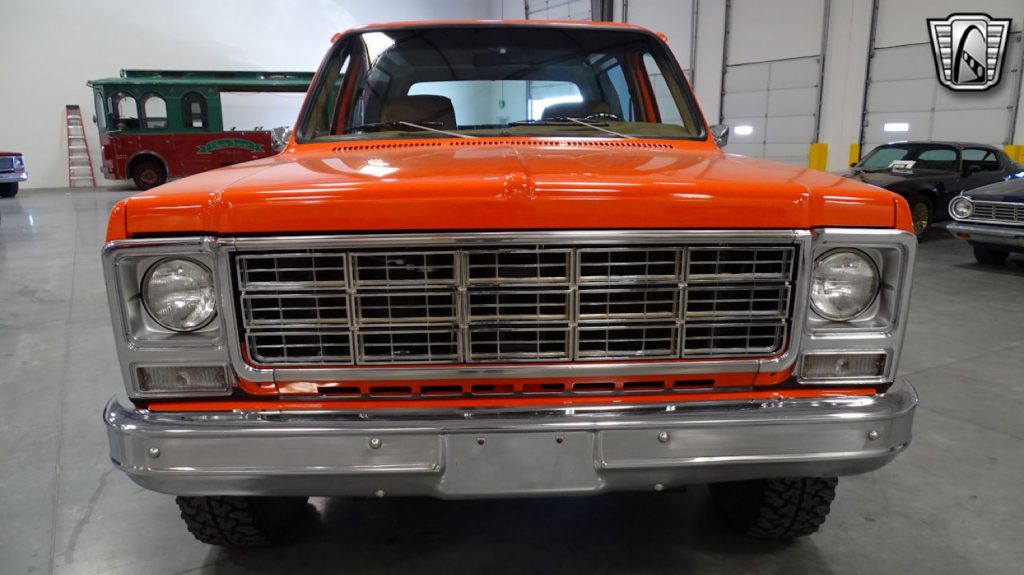 The first thing to grab our attention is the Chevy Blazer’s two-tone paint job, which combines bright orange and white to create an eyeball-grabbing aesthetic. The paint is laid across the second-gen Blazer’s boxy styling to dramatic effect, and comes complemented by nicely polished trim bits front to back. The corners also sport a set of aluminum wheels wrapped in a set of knobby tires. 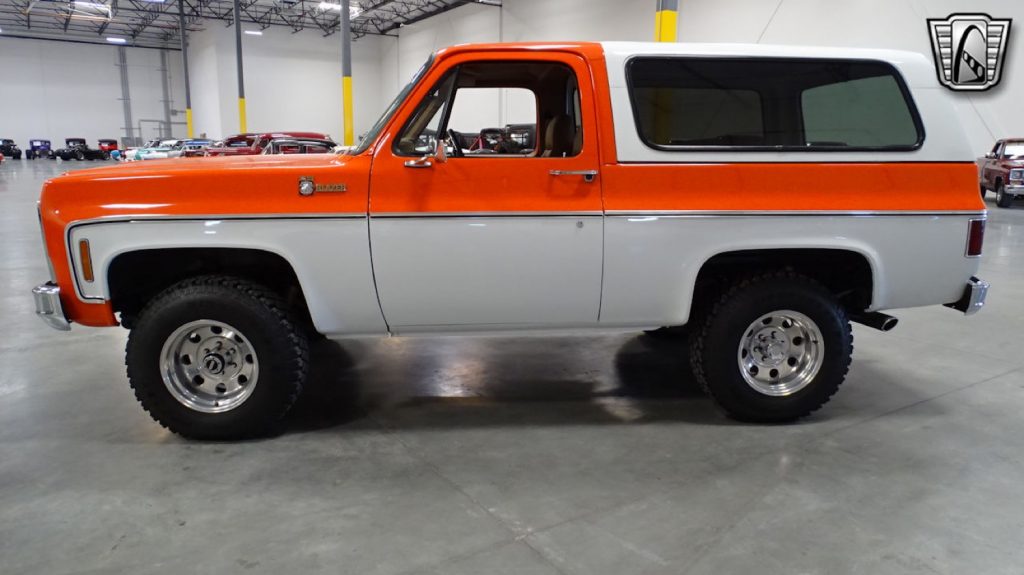 With its two-door body style and chunky, heavy-hitter demeanor, there’s no question that this 1979 Chevrolet Blazer will command attention on the road.

The cabin space is covered in tan upholstery and tan carpeting, which looks just as well-maintained and new as the paint on the body panels. Black floor mats and a black dash finish it off. This 1979 Chevy Blazer also rocks a few modern touches that add relatively contemporary civility to the equation, such as Vintage Air heating and air conditioning, plus a CD player. 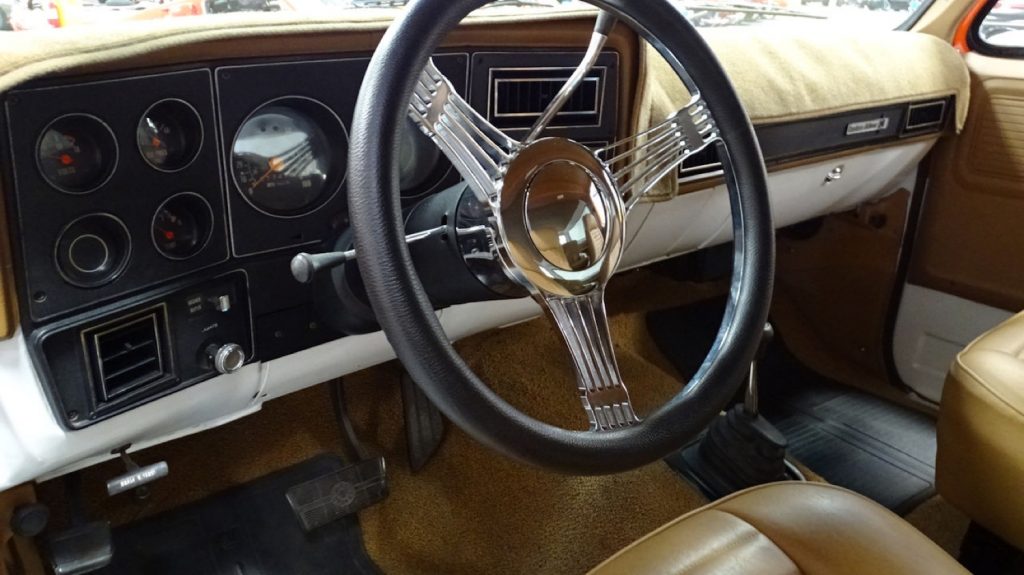 The Chevy Blazer’s original 350 cubic-inch V8 remains under the hood, and features a recent refresh, plus some orange coloring. The ‘eight connects to the TH400 three-speed automatic transmission and a 4×4 transfer case, while power brakes and power steering add to the vehicle’s drivability. 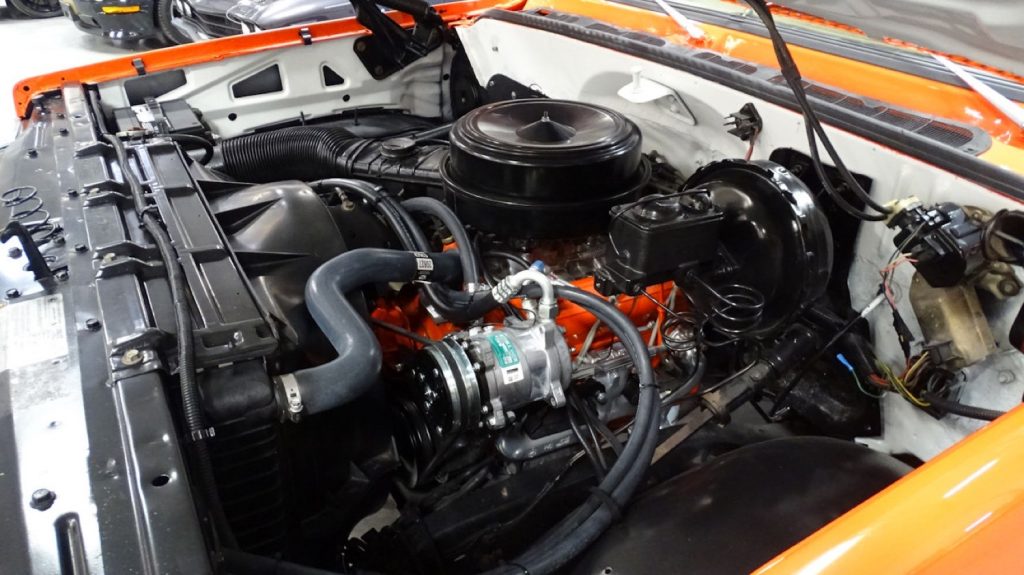 Does this K5 have what it takes to catch your eye? Let us know in the comments, and make sure to subscribe to GM Authority for more Chevrolet Blazer news, Chevrolet news, and around-the-clock GM news coverage. 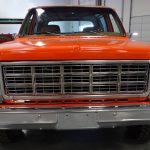 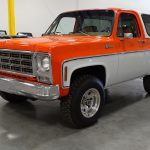 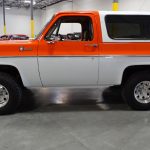 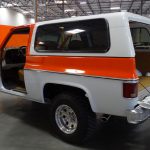 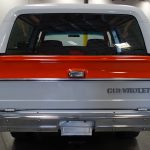 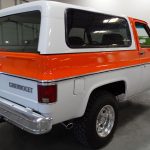 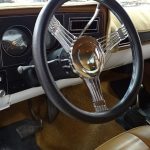 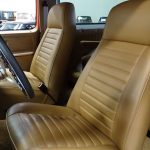 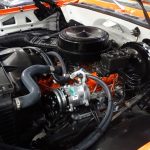