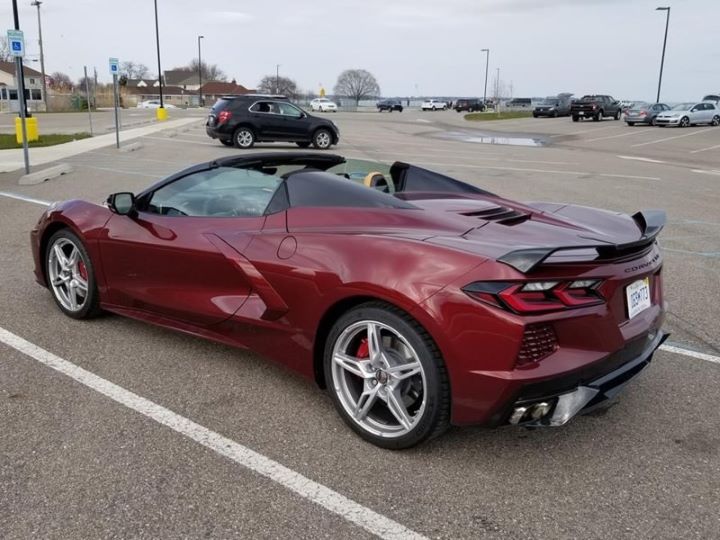 Two of these pre-production 2020 Corvette Convertible models were recently spotted out in the wild by some keen-eyed Chevrolet fans. The first of these cars, a Long Beach Red Metallic Tintcoat model, was spotted by Corvette Forum user Sin City in a parking lot. This particular car is a mid-level 2LT trim and features the Z51 performance package as well as a beige Napa leather interior. 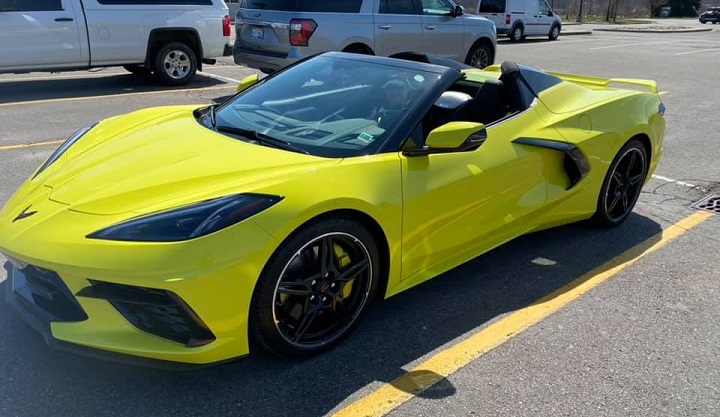 The second car was posted to a C8 Corvette fan page on Facebook. This car is done up in a much sportier guise, featuring an Accelerate Yellow exterior, Jet Black interior, Carbon Flash painted wheels, yellow brake calipers and the Z51 performance package. Both cars are on Michigan plates, further evidence that they belong to GM and not customers. 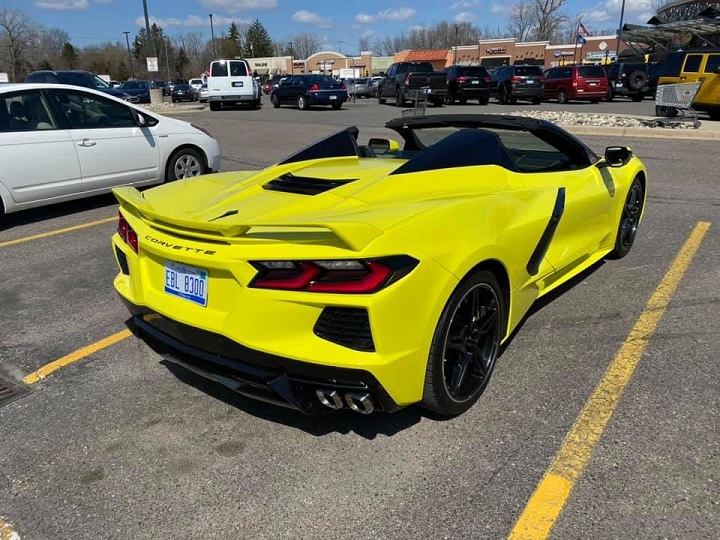 It’s not clear when GM will begin to produce 2020 Corvette Convertible customer cars. The automaker has not said when the Bowling Green Assembly plant in Kentucky will get back to work and it is possible that it may experience parts shortages at the plant, as some components come from Mexico and other parts of the globe. Production of the Corvette Convertible might be put on the back burner as well, with the automaker still well behind on coupe orders that came in first. 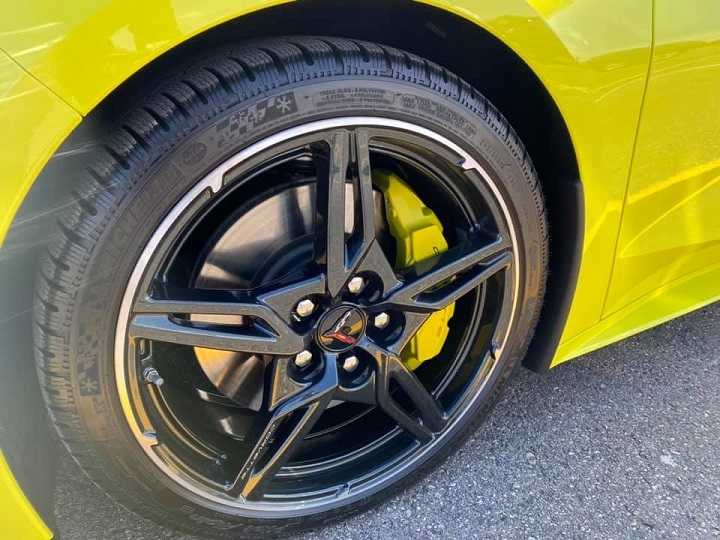 Compared to the C8 Corvette Stingray, the C8 Corvette Convertible features a power-folding hardtop roof that provides a more open feel when retracted than the coupe’s standard removable hardtop. The foldable hardtop can be activated at speeds up to 30 mph and fully retracts in just 16 seconds. GM claims the hardtop roof provides a quieter cabin than the soft-top roof it used on the C7 Corvette and other front-engine Corvettes.

Like the coupe, the 2020 Corvette Convertible features a naturally aspirated 6.2L LT2 V8 engine rated at 495 horsepower and 470 pound-feet of torque when equipped with the optional performance exhaust system.