General Motors is among the major corporations that have been included in President Trump’s new economic task force, which has been assembled to help jumpstart the American economy in the wake of the COVID-19 pandemic.

Companies included in the task force will form separate ‘Great American Economic Revival Industry Groups’ based on their respective industries. In a press release, the White House said “these bipartisan groups of American leaders will work together with the White House to chart the path forward toward a future of unparalleled American prosperity.” The White House also said “the health and wealth of America is the primary goal, and these groups will produce a more independent, self-sufficient, and resilient Nation,” following the pandemic.

GM will be a key player in the ‘Manufacturing’ economic revival group, which also includes Fiat Chrysler Automobiles, Ford Motor Company, Tesla, Cummins, Deere & Company, Caterpillar and the National Association of Manufacturers, among other major corporations. Each of these companies’ respective CEOs will work with President Trump to help steer the government’s strategy to prop up the American economy in the coming months. Trump will speak to members of the economic task force by telephone over the next few weeks, the White House also said.

In addition to the ‘Manufacturing’ task force, other major industries will also be represented in the Great American Economic Revival Industry Groups, including agriculture, banking, construction/labor, defense, energy, food and beverage, healthcare, hospitality, tech, retail and real estate, among others. Trump has also put together a task force for the sports industry, which will include Lesa Kennedy, vice-chairperson for NASCAR’s board of directors.

Additionally, a number of governors from midwestern states are looking at forming their own task force to help jumpstart the automotive industry following severe setbacks brought on by the pandemic. Michigan governor Gretchen Whitmer has reportedly already reached out to Illinois governor J.B. Pritzker about forming the state-level auto task force. 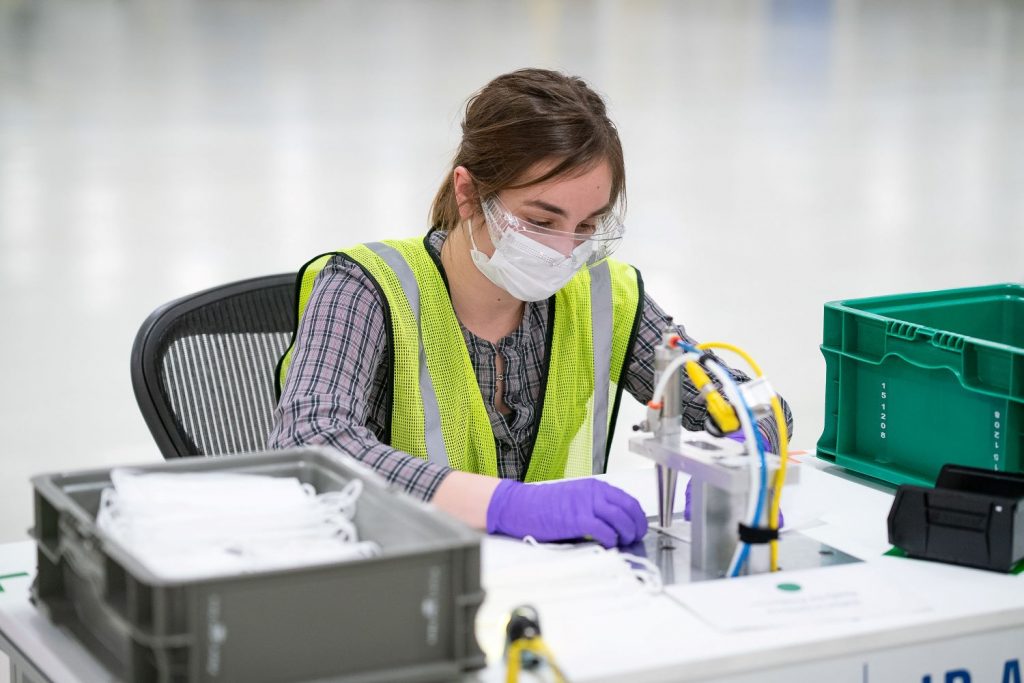 GM has been working on the frontlines of the COVID-19 battle, taking on a $490 million government contract to produce 30,000 ventilators by late August. It is also making face masks to address the country’s PPE shortage at hospitals and other essential workplaces.